Two of our favorite and most frequent visitors to the rooftop coffee bar were curators of Architecture and Design, Jennifer Dunlop Fletcher and Joseph Becker. They would come up for their morning espresso drinks, sometimes again for a meeting in the afternoon and if the timing was right, I would poke my head out from the kitchen to say a quick hello and inquire about any creative endeavors. In their open and generous manner, they would update us on what they were working on next or who they were meeting while they waited (never too long) for their drinks. In exchange, I would usually give them a taste of what we were working on. These brief exchanges would often turn into collaborations on a special event or a dessert. On a tour with Jennifer through the Buckminster Fuller exhibition, as it was being installed, the creation of the Buckminster Fuller Hot Chocolate was finalized when we saw the magazine cover of the proposed floating village in a vitrine.

It was always a treat to correspond with people who reply to emails with enthusiasm and in some case with thoughts they might have on art that would make a good dessert. Like these from Joseph:

Also read: what dessert can i make with instant pudding

and Le Corbusier…too architectural? But what about a chocolate meringue Ronchamp? Yum! 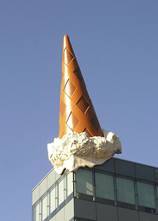 This time two years ago, Field Conditions opened. This exhibition of “spatial experiments”, included nearly 30 works by artists and architects, and entirely in black, white and shades of grey. For the opening event, the A+D department partnered with SFMOMA’s education team who had scheduled a program in conjunction with the San Francisco Electronic Music Festival to celebrate John Cage.

We were already fans of Tauba Auerbach’s work, from the 2009 SECA exhibition which was up when we first opened the rooftop coffee bar, so it was no surprise that her “50/50 Floor” appealed to us. The giant floor-tile installation, (coupled with a kinetic light installation by Rafael Lozano-Hemmer) is made of 50% black tiles and 50% white tiles, which are randomly distributed over the floor in a QR code-like pattern. Could we do a Mondrian-style cake that when cut into could be photographed with a QR code reader and take you to a website? We dreamed in black and white.

As the installation of the 50/50 floor neared completion, we got word at the side kitchen door that there were a few square feet of the black and white tile left. I asked Joseph if we could use it for the event to serve the series of black and white crackers we were working. In minutes we had them in the kitchen and started working on some spreads for the crackers. I acquired some squid ink from our friend Stuart at State Bird Provisions and waited for Tess, (a vegan whom I care for dearly and who, I was afraid would never come back to work if she had to witness squid ink in our sweet little production kitchen), to leave for the day before I attempted to color match our house-made ricotta to the black tile.

photo courtesy of Lanlian Szeto of SFMOMA, thankfully she took this, because it’s the only documentation we have of the whole process/event!

Here, Tess Wilson and I are setting up what we like to affectionately call Tauba’s “Auer-crack-ers”. We set up black and white tiles that functioned as serving plates for the crackers buttermilk (white) and black charcoal (black). Guests were invited to choose their own spread (which we couldn’t help ourselves refer to as grout) from a selection of housemade squid ink ricotta, white bean hummus, black sesame spread and whipped ricotta. Everyone was entertained at the thought that they were essentially “eating off the floor” and delighted to get to take their tile home as a memento. 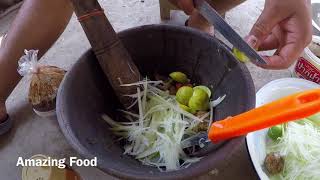 Top 10+ how to make rice in a microwave