Best places to eat in Oxford, Mississippi, according to chef Vishwesh Bhatt 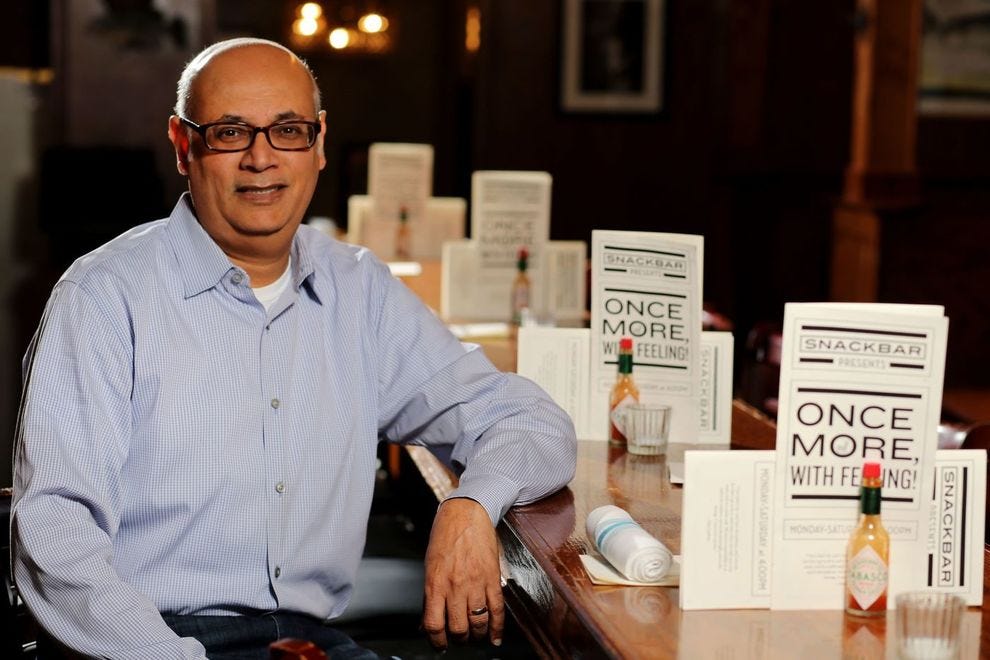 Oxford, Mississippi is best known as the home of the University of Mississippi, also known as “Ole Miss.” But visitors might be surprised to know that it’s also a hotbed for incredible restaurants, thanks in part to John Currence. His City Grocery Restaurant Group was founded in 1992 and has won countless awards and accolades.

They now have four restaurants including Snackbar, a whimsical French and Southern-inspired bistro that opened in 2009. Chef Vishwesh Bhatt was brought in at the helm after meeting Currence, bringing his experience to craft unique and globally inspired dishes. He earned five James Beard Award nominations before claiming the title of “Best Chef: South” in May 2019.

“I came to Oxford to attend The University of Mississippi. I started working in restaurants for ‘beer money’,” said Bhatt. He started at a local vegetarian restaurant, which turned into a position at another restaurant. From there, he approached Currence for a job, was hired at City Grocery and worked his way up from prepping to chef de cuisine. 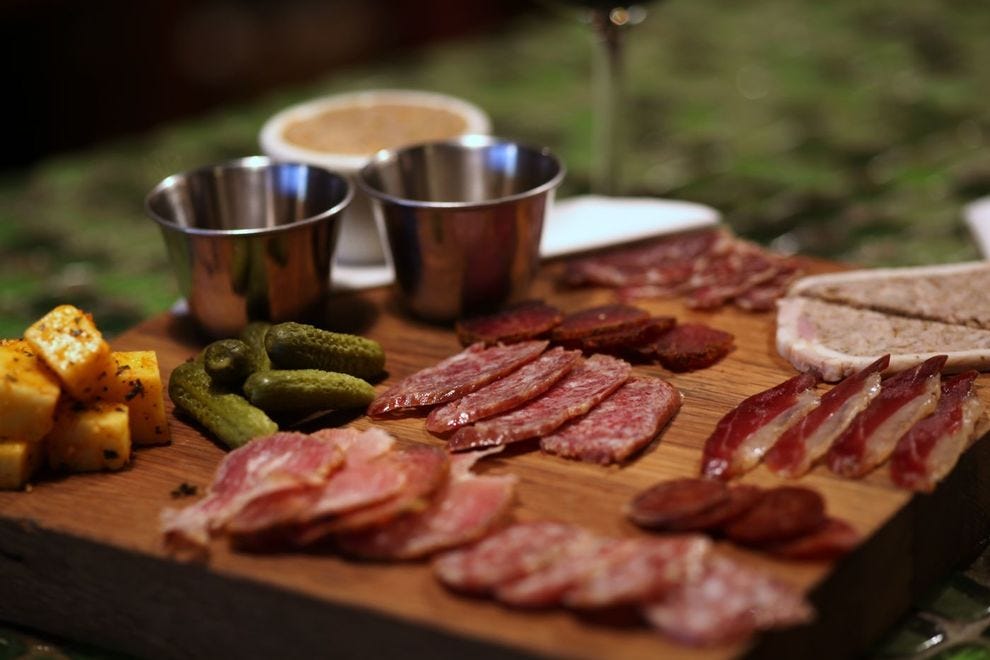 Hailing from India, Bhatt includes ingredients from his childhood, as well as those from Mississippi, in his dishes. He even replicated his mother’s recipe for greens.

“The good thing is that the South, which is my home now, and Gujarat, where I grew up, share many ingredients. Okra, sweet potatoes, peas, beans, greens, tomatoes and eggplant, just to name a few. Southern ingredients lend themselves very well to spices.”

But he also uses local produce, Mississippi catfish, and rice and corn from the Mississippi Delta. “I strongly believe that as a Mississippi chef, it is incumbent upon me to highlight Mississippi ingredients and bring as much positive attention to the state as possible.”

Oxford has become a food destination in its own right since Bhatt’s arrival. “Chef Currence and City Grocery changed the food culture in the state of Mississippi. For the longest time, there weren’t many good dining options in our little town. Now there are several, led by the City Grocery Restaurant Group. We now have restaurants that cover the gamut from white tablecloth to gas station chicken. Oxford is a legitimate dining destination now.”

So, we asked Bhatt about his favorite places to eat in Oxford, and here’s what he recommends.

Read more: The top 10+ best way to cook steak in a pan 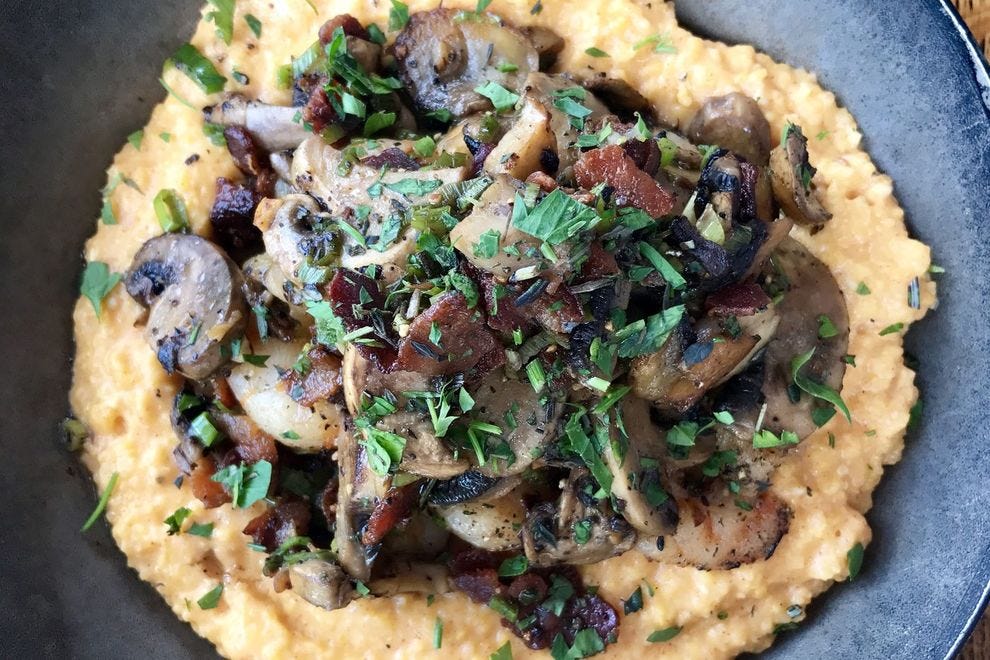 City Grocery is considered by many to be the best restaurant in the state of Mississippi. Chef John Currence opened the restaurant 27 years ago in a historic livery stable on the Courthouse Square. Now, chef Ralph Taylor is at the helm, continuing the tradition of quality wine service and Southern-inspired dishes.

“It remains a place that is still innovative, yet deeply rooted in its mission to serve food of the South,” says Bhatt. “You can never go wrong with shrimp and grits here, but I am a big fan of the daily specials coming out of this iconic kitchen.” 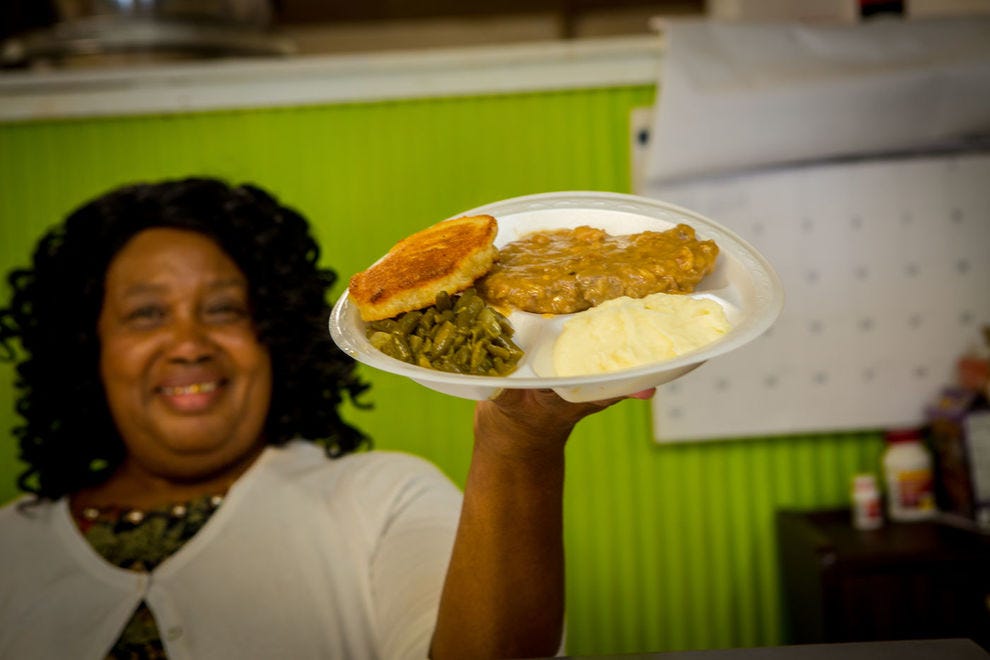 It’s easy to miss this nondescript strip mall restaurant, but Mama Jo’s has Oxford’s best soul food, with a buffet that features dishes prepared fresh daily. The prices are friendly to the student crowd – a fried chicken plate with two sides sets you back only $8. “Mama Jo,” also known as Joester Egerson Brassell, has been feeding hungry visitors and locals for 16 years.

“There isn’t a better fried chicken in town,” notes Bhatt. “[But] don’t forget the sides: green beans, squash casserole, macaroni. If the sweet potato pie is on offer, I recommend starting with it.” 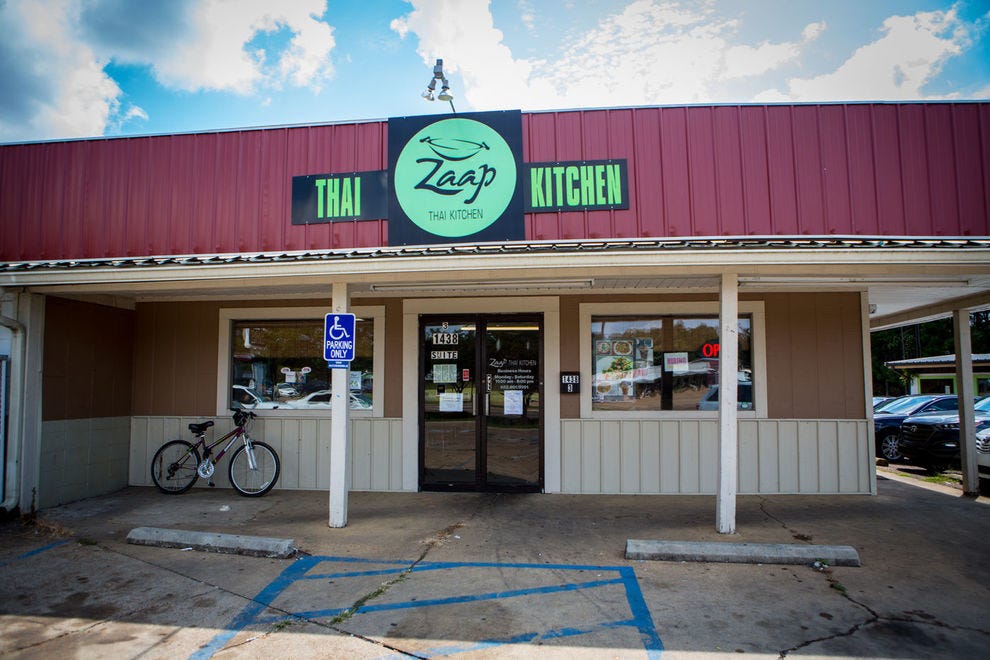 Down the street from Mama Jo’s is Zaap Thai Kitchen, an authentic eatery run by Rasita Palawan, who you can see in the kitchen six days a week, alongside her daughter. The restaurant has space for both dine in and carry out.

“Unlike some small restaurants, Rasita does not cut any corners,” Bhatt says. “She shops at the local farmers markets and purchases meat and fish from local purveyors.”

Bhatt’s favorite menu items include the Penang curry and ka prow kai, a basil and chili chicken dish. The pad thai and tom kha coconut soup are also favorites. “If the stir-fried catfish is [on] offer, get it.” 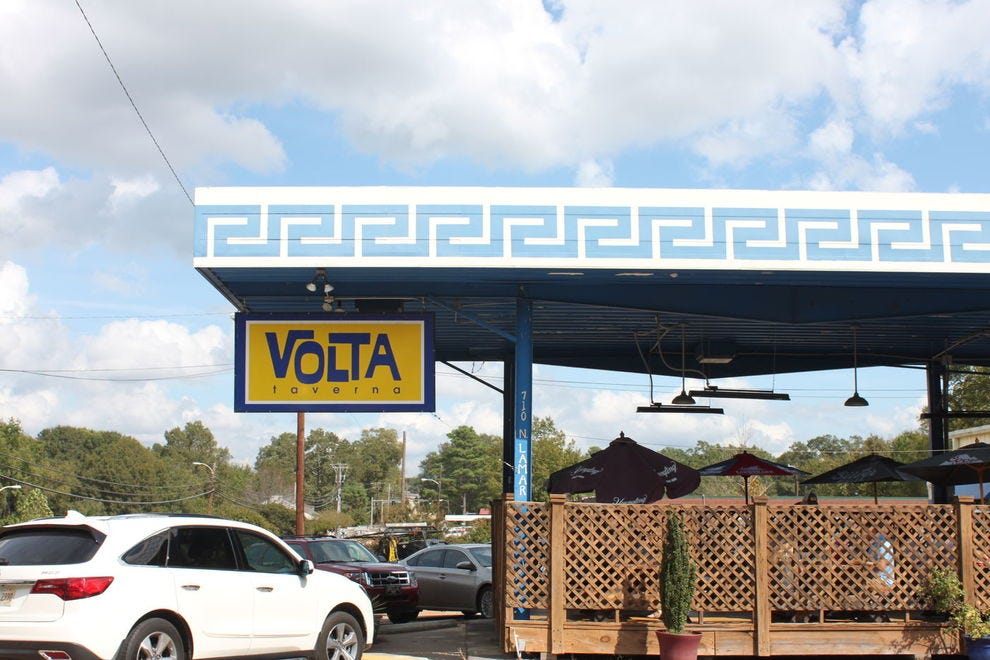 Set in a converted gas station, Volta Taverna is a Greek restaurant that’s popular with locals, and each menu item has a Southern spin. For example, you’ll find traditional favorites like hummus and labneh along with souvlaki and gyros. But they also have offer pizzas and quesadillas.

Bhatt says, “The Hotty Toddy Balls [mashed potato balls] and Greek Pimento Cheese are well worth a try as well. My personal favorite is the Lemon Chicken Wrap with added feta cheese.” 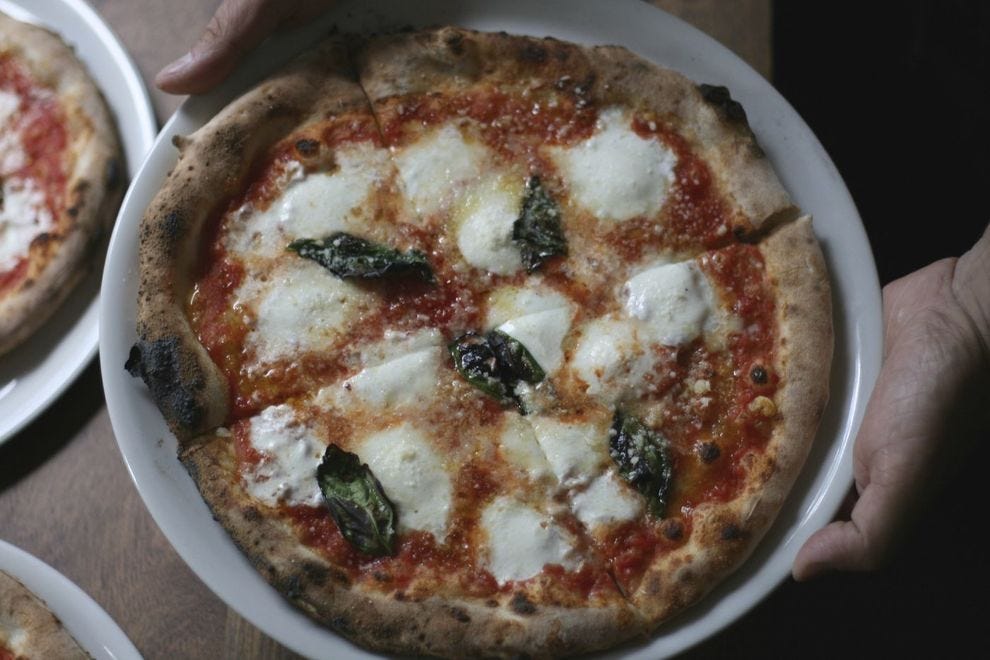 On another side of Oxford’s square is Bouré, another restaurant owned by chef John Currence that offers a little bit of everything. Locals know what a special place it is and frequently dine there, whether for a quick pre-dinner drink on the upstairs balcony or a full meal.

Bhatt explains, “It is a very busy restaurant, yet the service is attentive and fast. I am particularly fond of the Bouré Burger, the gumbo, and the crab cakes. If they are running the ribeye special with Worcestershire butter, get it!”

Opened by a native of California, Saint Leo was a 2017 James Beard Award semifinalist. The cozy restaurant is known for its Italian wines, wood-fired pizzas and craft cocktails. They also offer weekend brunch with dishes like avocado toast and breakfast pizza.

“You’ll often find me and my wife at their bar on a Sunday evening enjoying a farinata or pizza with soppressata and burrata or steamed clams and a glass of nebbiolo,” says Bhatt. “If Mr. Stinchcomb is tending bar, a cocktail is a must.”

Whether you’re visiting a student or are one yourself, get outside of the dining hall to experience the incredible restaurant scene of Oxford, Mississippi.