Despite being simple to make, these Chinese Pickled Cucumbers are delicious—and crunchy! It’s too bad these photos don’t provide much by way of conveying texture or sound, so you’ll have to take my word for it. These pickles are almost like eating potato chips!

The Connotation Around Pickled Vegetables

Most Asian people—most people—are familiar with pickled vegetables. But what they represent, at least for the Chinese, has changed over the years.

In the old days, pickles were considered a poor man’s meal, since there’s no oil or fat, or 油水 (yóu shui). But now that most meals in China are overflowing with oil and fat, pickled vegetables have been elevated to a palate cleanser.

Or, if someone is feeling under the weather, a little bit of pickled vegetable is often used as an appetite enhancer. A far cry from the old days, no?

The Gateway to More Pickling Recipes!

Maybe that is my inner health nut talking, but really, these pickles go great with congee, oatmeal, maybe even a sandwich, or just to cleanse your palate between courses! Plus, this recipe is not only quick to make. It’s gone in a hurry, too.

This is actually my first attempt at making any kind of Chinese pickled vegetables, so I chose a straightforward recipe.

But now that I’ve tackled Chinese pickled cucumbers, I feel an urgency to tackle the secrets and inner workings of even more Chinese pickled vegetable recipes like pickled long beans, pickled chilies, pickled mustard greens, etc., no matter how complicated they are!

You’ll all have a front row seat to my successes (and failed attempts).

Living in a world where even milliseconds are too long to wait, we all seem to have almost no time and even less patience.

Like one reader recently commented: “I truly wish that double tapping your photo also meant the dish would appear on my table!” I too live in hope that one day food will magically appear on tables just like it does in the Harry Potter movies.

But the more we learn to expect instant gratification, the less patience we have. I’m afraid that these “slow” pickling methods are being forgotten and will soon be lost forever to the home cook, and replaced entirely by generic factory pickles. Who wants that?!

That said, I’ve got a lot of work to do. But before I take on the Herculean task of the world of Chinese pickles, let’s enjoy this simple pickled cucumber recipe first! 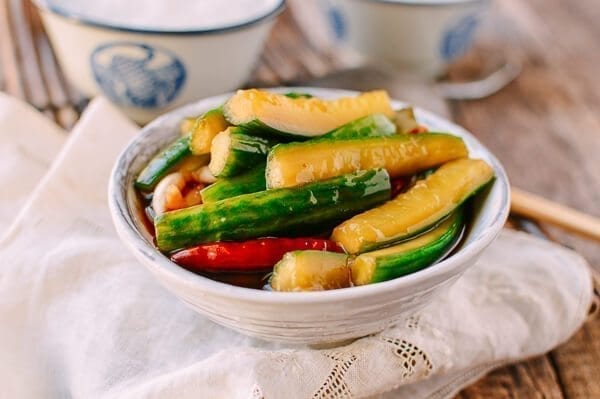 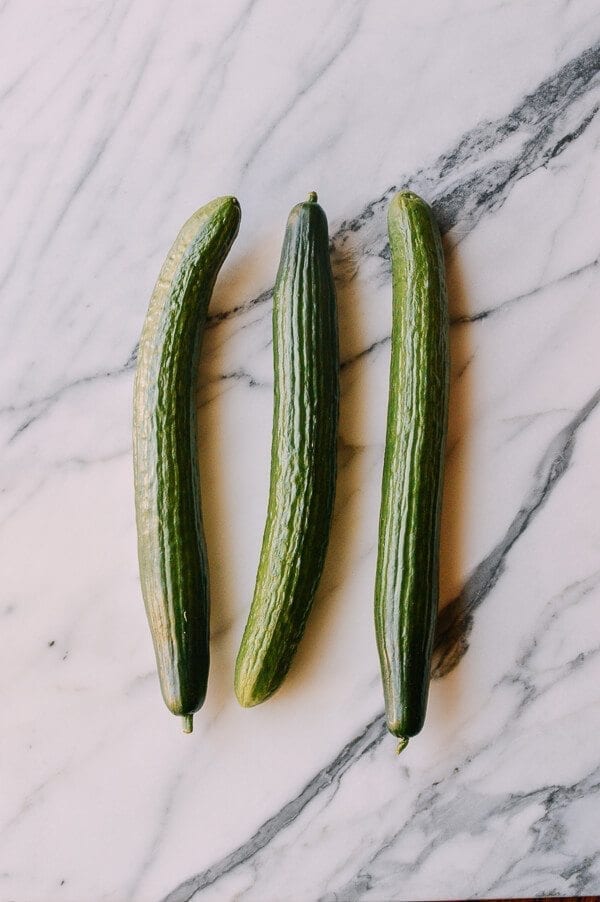 Rinse off the cucumbers and wipe them dry. Trim off both ends, and cut each cucumber into 4 equal sections. Cut each section into 6 equal-sized strips. 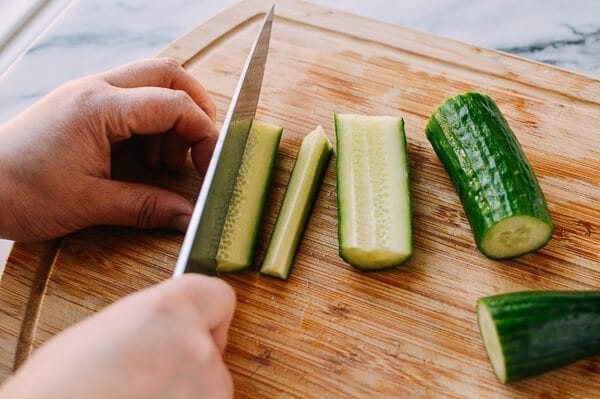 Transfer to a bowl and add ½ teaspoon sugar and 1 teaspoon salt. Toss, cover, and refrigerate for 1 hour. 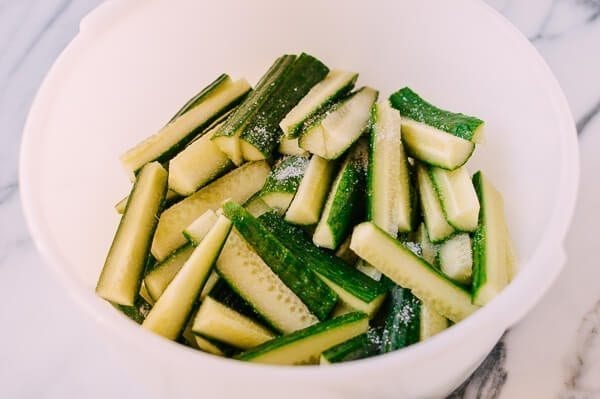 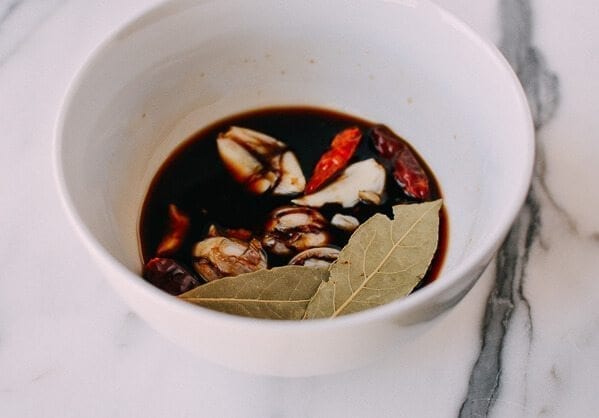 Once the cucumber has marinated for 1 hour in the fridge, dump out the liquid from the bowl they were sitting in. You should be able to get rid of at least ¼ cup of liquid. 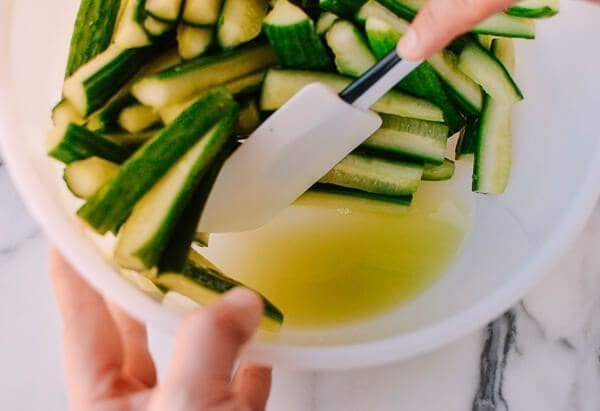 Now add the prepared sauce, and mix everything well. Cover and marinate in the refrigerator overnight. 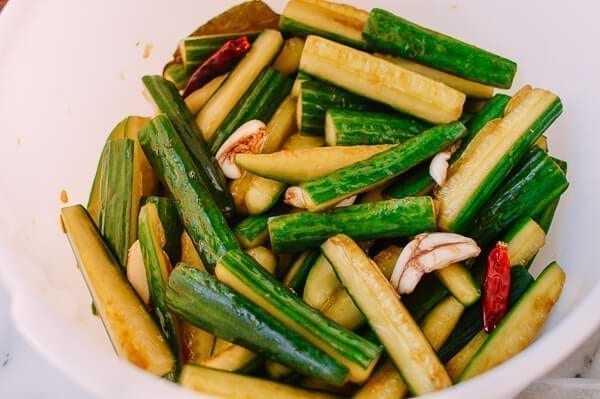 The cucumbers should be ready to serve the next morning with a hot bowl of congee! 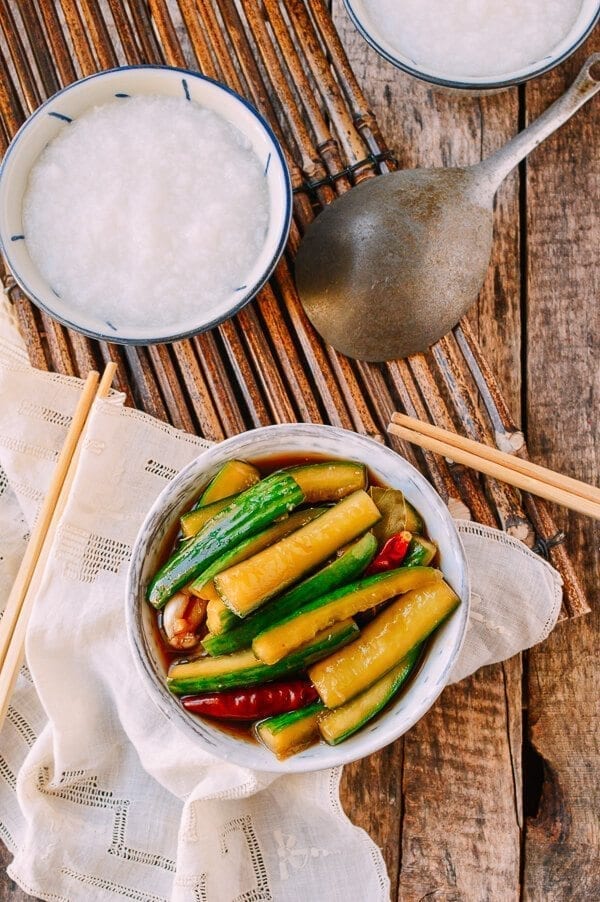 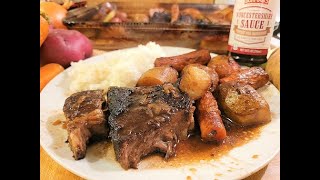 Here are the top best oven pot roast with onion soup mix voted by readers and compiled by Family Cuisine, invite you to learn

Top 16 corn on grill in husk