Difference Between Soup and Stew

Both soup and stew are food that consists of a solid and a liquid part. They are also cooked in similar methods. So, many people find it difficult to differentiate soups and stews. Stew is a food made by simmering meat and vegetables in a liquid. Soup is a liquid made by simmering meat and vegetables. The main difference between soup and stew is that soup has more liquid than stew since it is a liquid food.

A soup is a liquid food made especially with meat, fish, or vegetable stock as a base. It often contains pieces of solid food. Although soups are served warm, they can be served cold as well. Soup is made by boiling solid ingredients in liquids until the flavors are extracted. Therefore, making soup means extracting the flavor of the solid into the liquid. This liquid part is the most important ingredient in a soup.

A soup typically has more liquid than a stew. But this liquid is thinner than the liquid in a stew. Traditionally soup is classified into two groups: clear soup and thick soup. Ingredients such as cream, butter, flour, starch, eggs, etc. are used to thicken soups.

Soups are usually served as the starter, entrée or the first course of a meal. Today, soup cans or condensed soup can be bought directly from the market and can be cooked within few minutes. 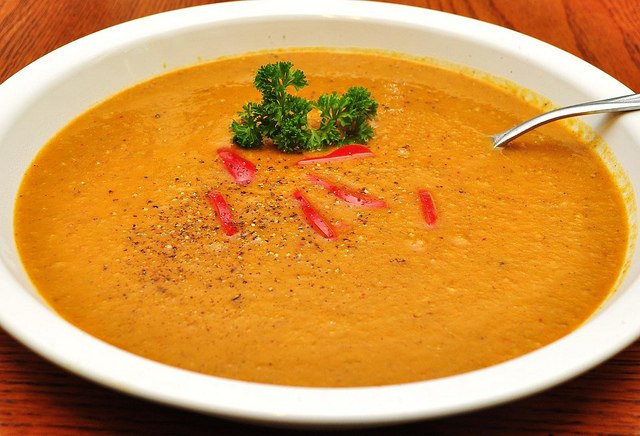 Stew is made from solid ingredients like meat, poultry and vegetables which have been cooked in a liquid. These solid ingredients are then served in the resultant gravy. Stew is also a technique of cooking tough meat in a liquid at a low temperature. This technique can transform tough, old meat to tender and juicy meat.

A stew is made by cutting the meat and vegetables into even pieces and then adding liquid (water, stock, beer, etc.) to cover it. Then this mixture is cooked at a lower temperature over a long period of time. The dish also has to be covered in order to prevent vaporization.

Since a considerable amount of liquid is added to the stew, it tends to have a lot of gravy. But it has less liquid content than a soup. This liquid is also thicker than the liquid in a soup. However, the solid ingredients are the main ingredients in the stew since the main intention of stewing is softening the tough meat. 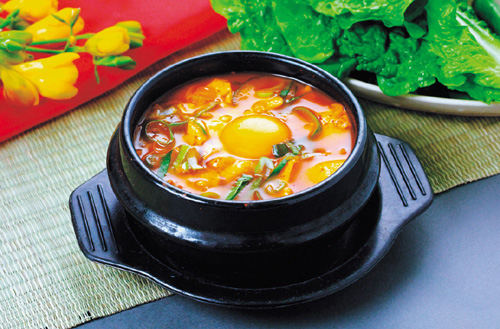 Difference Between Soup and Stew

Soup is a liquid food.

Stew is a combination of solid food and liquid.

In a soup, the flavor of the solid part is extracted to the liquid.

In a stew, the solid part is simmered in a liquid to soften it.

Soup can be served cold or hot. 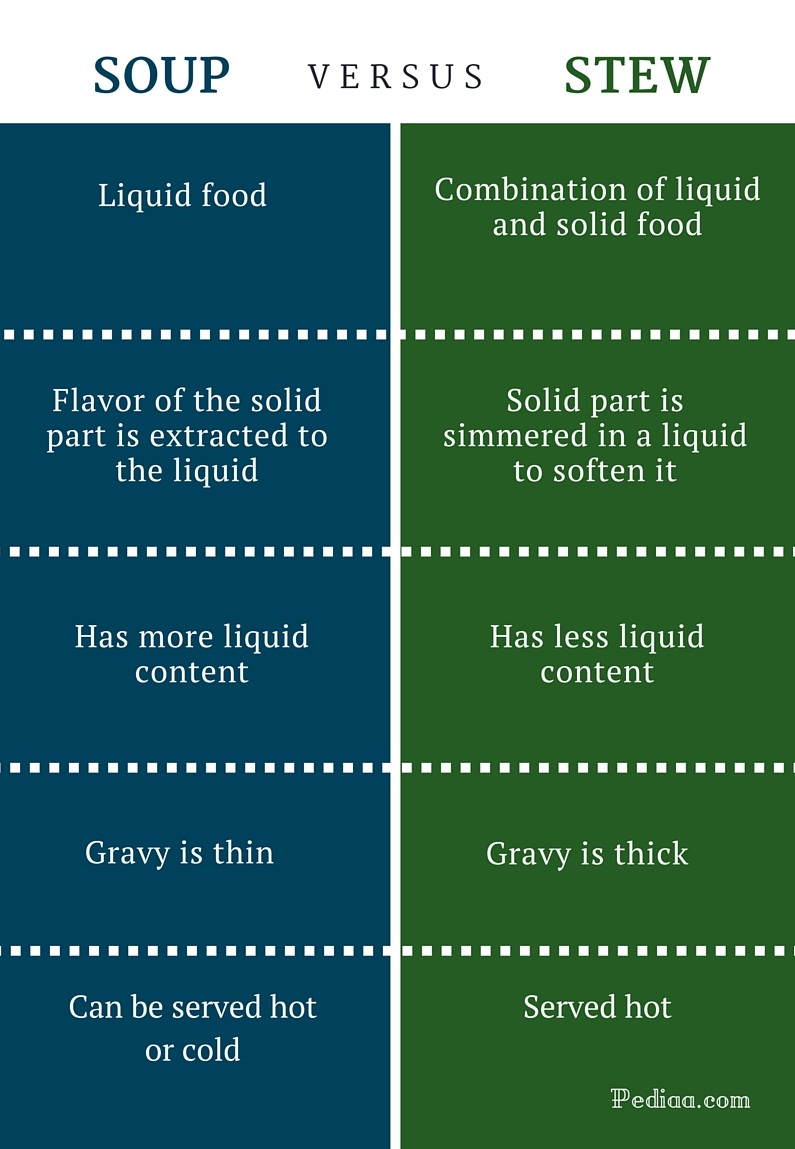 Through this article, we hope to help you understand Difference between soup and stew