Home  »  Drinks  »  I Drank A Green Smoothie Every Day, Heres What Happened
Table Of Contents 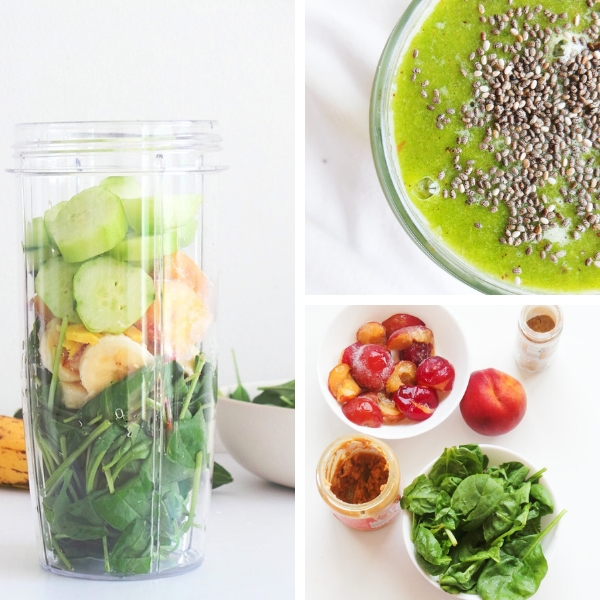 As much as I love talking about eating healthy, many times I feel like a failure when it comes to maintaining a healthy diet. And by many times I mean – this entire last year. It’s been really frustrating, so I decided to change a couple of things in my diet and in my life, and I feel like I’m on the right path now.

I actually started doing this before the 66 Day Challenge.

And one of the things I did was: I committed to drinking a healthy smoothie more often. I bought the cheapest blender, because I didn’t like mine. And I must say – until now, it works perfectly. Which, well I’m a very peaceful person, but I’ve used and abused this blender during the past few months. If that blender could talk, I’d be in trouble.

And then, some magic happened: I found the best green smoothie (at least for me) and I decided to try and have one green smoothie every day for a week.

Unfortunately, contrary to my expectations, I didn’t lose 10 pounds the first day. I repeat: DID NOT LOSE 10 POUNDS THE FIRST 24 HOURS. Also, shocking, but my skin didn’t tighten up and start glowing in the dark either.

However, here’s what really happened the first week.

I felt more alive and had more energy. Right after I had my green smoothie, I would be more awake, alert and would have this rush of energy – something I have only after doing a dance or cardio workout.

I could go without that much sleep. The other thing I noticed was that I really needed only 6 hours of sleep. Maybe it’s other factors as well, but I noticed I wake up earlier without feeling exhausted. Which, honestly, 6 hours of sleep isn’t something I’d recommend, I’m working on going to bed earlier and sleeping more myself.

I started craving green smoothies in the afternoon. Can I only say: It’s 2pm. That’s the time I’d want to take a nap, but would usually eat some chocolate bar instead. Sometimes pizza. Now – it’s green smoothies. I am obsessed with them at that time of the day. And this is probably the biggest benefit of this challenge – because it’s long-term and it has influenced bad behaviors I had before. Like drinking coffee after 3pm. Now I seriously crave the smoothie, I sound annoying and I know it.

Latest From The Blog:

And I started craving salads.

I could work better than after having a coffee. So something I’ve observed about my relationship with coffee is that it doesn’t really wake me up or make me more alert. In fact the way it makes me feel is nervous and scattered. Something you don’t really need when you’re sitting down to work. The green smoothie though – my thought is clear, I’m able to focus and don’t feel nervous, but more present (I guess focused is the same thing). Hard to describe, but it helps me work quicker and better.

I learned how to make green smoothies I actually like. What I like might not be something you like, but this is what I found out. I need less banana, less water/fluid and for sure frozen fruit that isn’t overly sweet (so berries, apple, kiwi). Also nut butters in smoothies – not a fan. A tsp of ginger? It’s a good addition. But could also do without it.

I would daydream about them. You know when you’re sitting at your desk and dreaming of all the things you’re going to eat for lunch or dinner? In the past that happened to me especially during meetings. Yeah, usually I dream about cupcakes. Now somehow those green smoothies smuggled themselves into my dreams. Damn it.

I’m not sure whether this happened…

I don’t know if my skin actually improved because I never really had skin problems. However, I like to believe I look less tired. Maybe my skin isn’t really glowing, whatever that means, but it’s definitely more hydrated.

I don’t think I’ve lost weight. I didn’t weigh myself prior or after this challenge, because it’s not something I do, but I haven’t noticed any change in how my clothes fit. That’s something I expected, because other than the green smoothie – I hadn’t changed anything about my diet at that point.

The best part about this little challenge is what happened after.

It’s been 2 weeks since the end of the smoothie challenge and now I have a green smoothie every day. Without making myself crazy, putting pressure on myself and feeling bad I didn’t actually eat anything with fresh fruits and vegetables today.

That smoothie is a part of my day now. It’s become something I just do. Without even thinking about it or going into a lot of drama of preparation and what’s healthy, what’s not. I’ve hoped so much for this to happen, you have no idea.

Mostly, as I mentioned, I have my green smoothie in the afternoon – I’m not that brave to start my morning with a green smoothie yet – I need something warm with breakfast.

Overall I feel really good about this challenge. It helped me change something I’ve been struggling for over a year now (eating enough fruits and vegetables). Believe it or not that past year, there were days I didn’t eat ANY. And I mean – not even tomato sauce or ketchup (I hate ketchup!).

Anyway, if you also want to do a 1-week green smoothie (or any smoothie) challenge to get more fruits and vegetables into your diet and to feel better – I put up another blog post earlier about that. I talk about how to prepare for the challenge + some smoothie recipes, make sure to check it out! 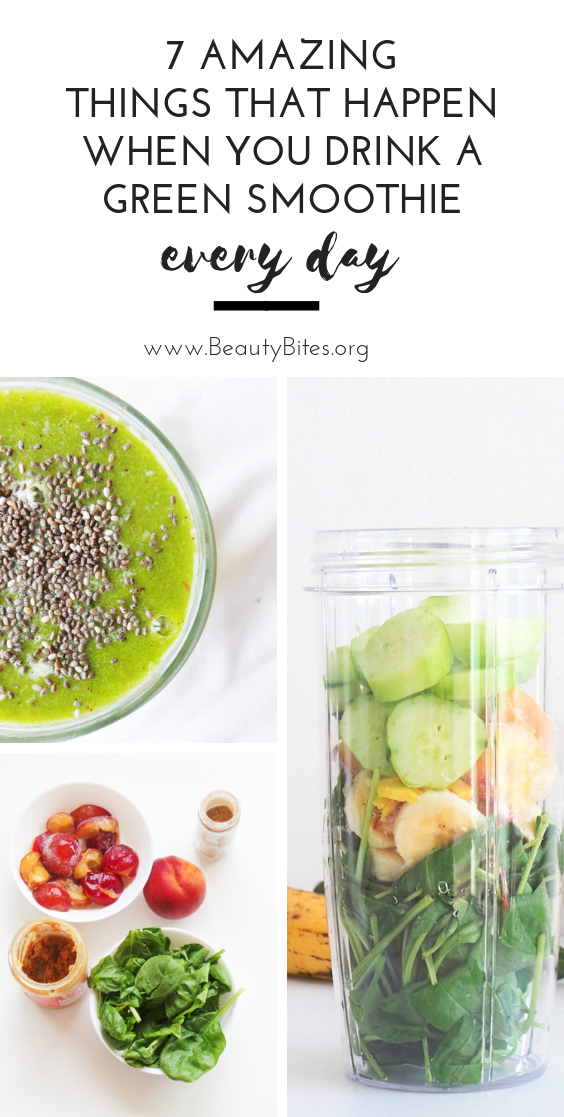 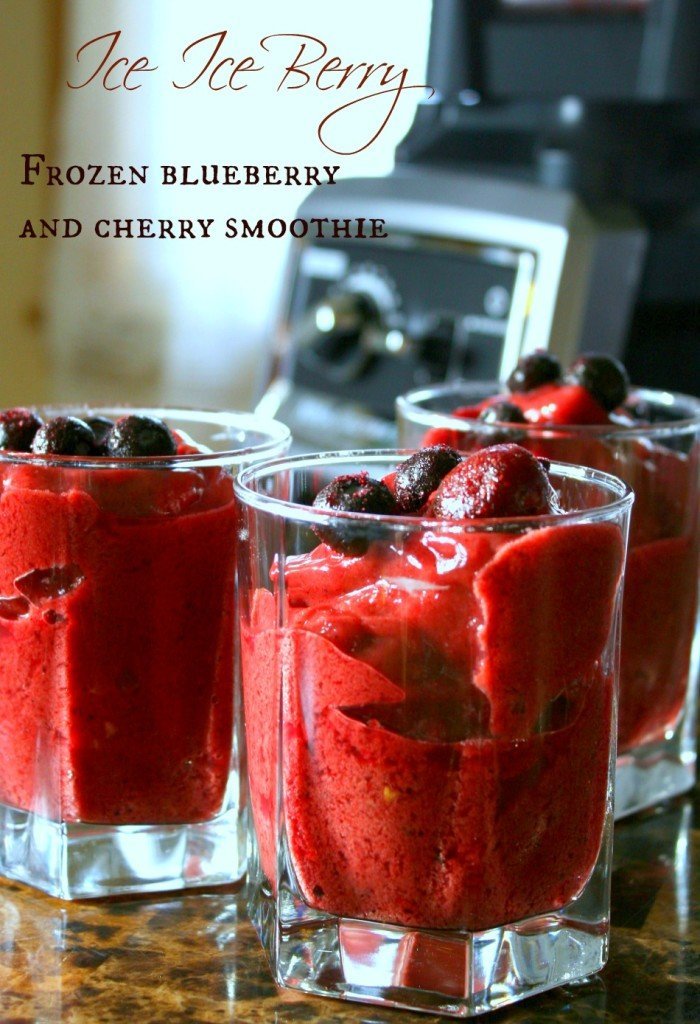 how to make smoothies in ninja blender 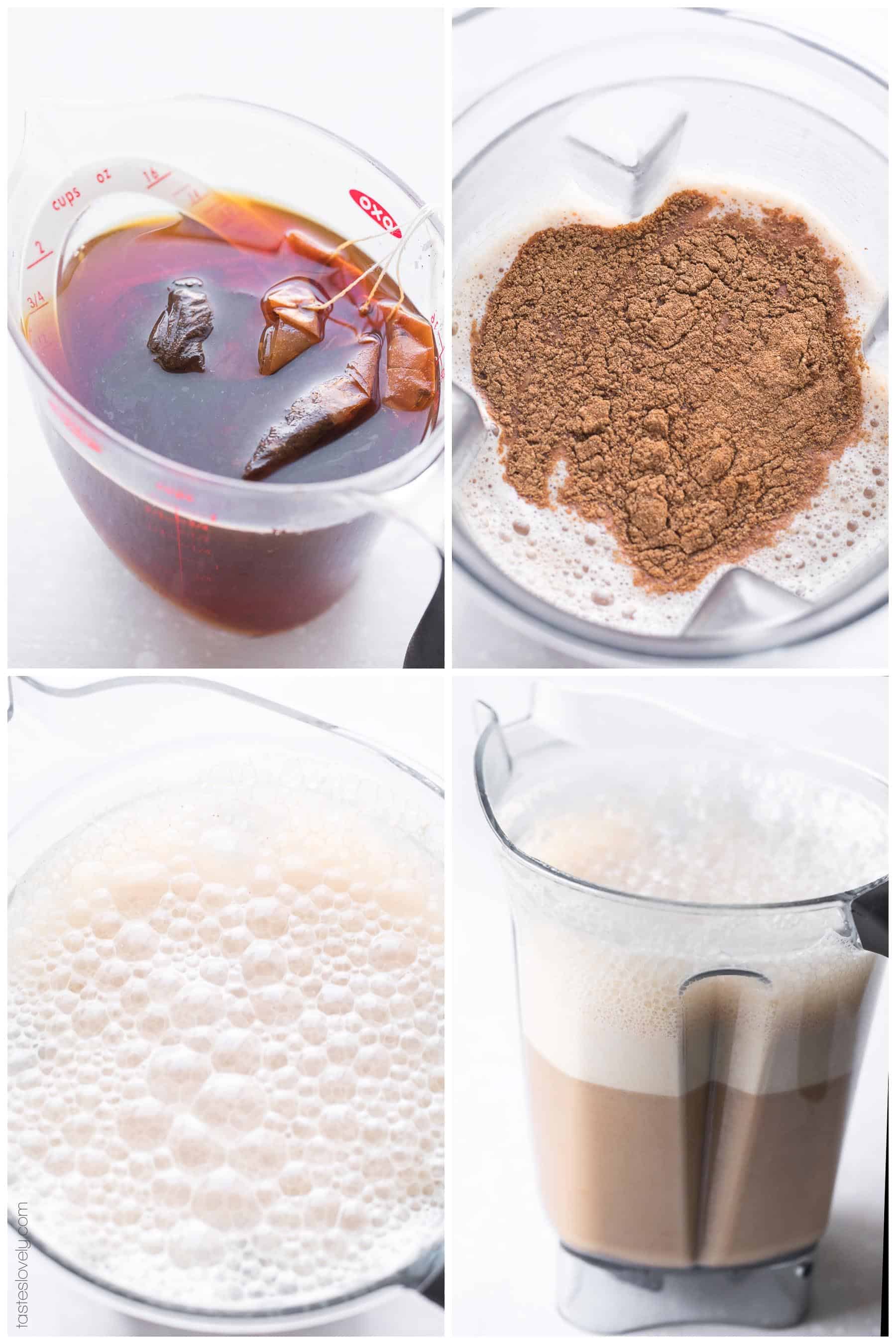 how to make a chai tea latte with almond milk

Thinking Outside the Box 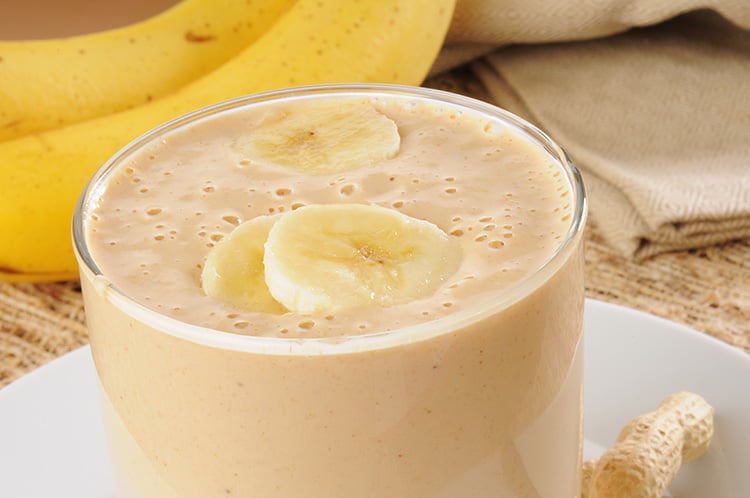 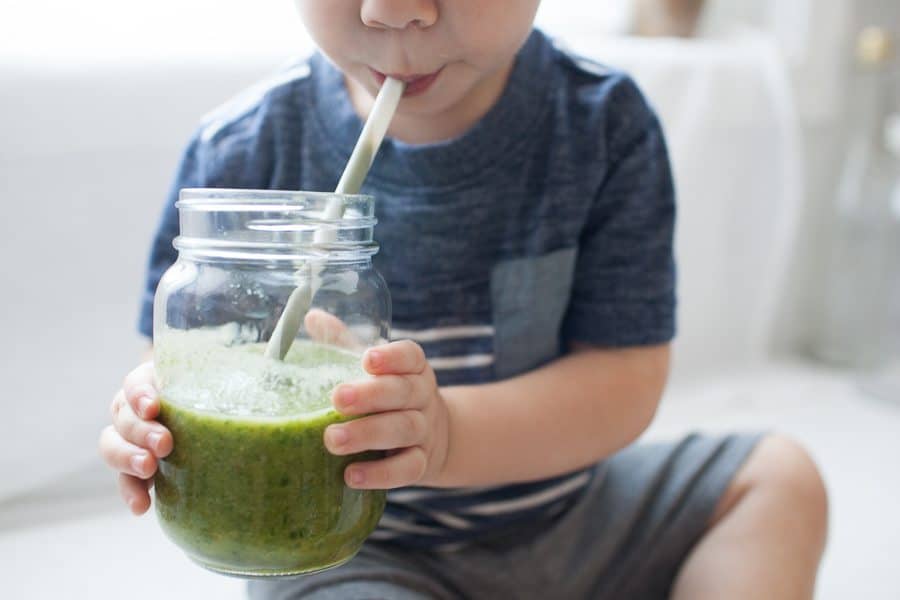 veggie and fruit smoothies for toddlers