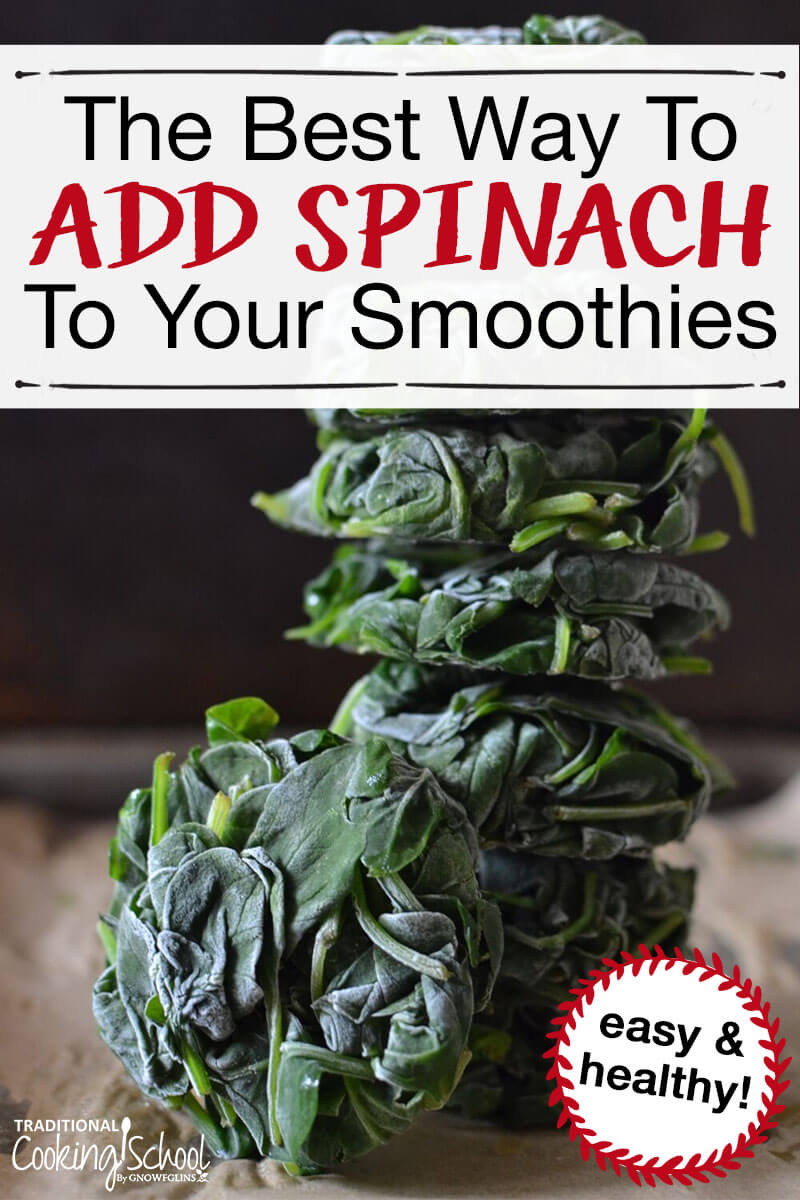 But the one thing I love most about smoothies??

I can pack a whole lotta nutrition into 1 cup!

Why Spinach In Smoothies?

Spinach is one power-packed green veggie that I love adding to smoothies.

It’s rich in fiber, zinc, B vitamins, vitamins A and C, folate, calcium and more! Because it’s high in flavonoids, it protects your body from free radicals, particularly in the colon. Spinach is also brain food! Studies show that it helps maintain brain function, mental clarity, and memory. (Source.)

Read more: how to eat raw beets in smoothies

Unlike kale, which tends to be bitter, spinach has a pretty neutral flavor and doesn’t take away from the sweetness of my smoothie.

The Problem With Spinach In Smoothies

If spinach is so great, why go to the trouble of making spinach smoothie “pucks”?

Well, as nutrient-dense as spinach is, there’s also a problem: oxalic acid/oxalates.

And spinach has lots of ’em.

Oxalates/oxalic acid are to spinach what phytates/phytic acid are to beans, grains, and seeds that haven’t been traditionally prepared through soaking, sprouting, or sourdough. They interfere with mineral absorption by binding to the minerals in the food and preventing absorption.

Calcium is the particular mineral that the body can’t absorb because of oxalates/oxalic acid in raw spinach.

“[A]lthough the calcium in spinach is 115 mg per half cup cooked, because of the interference of oxalic acid, you would have to eat more than 16 cups of raw or more than eight cups of cooked spinach to get the amount of calcium available in one cup of yogurt” (source).

Read more: How to make slime with baking soda and detergent

What’s the point in eating calcium-rich spinach if your body can’t absorb the calcium?!

Because steaming spinach each and every time you want a smoothie is a pain, these Steamed Spinach Smoothie “Pucks” are super convenient! Plus, 1/3 cup of steamed spinach = approximately 1 full cup of raw spinach!

When you’re ready to make a smoothie or my favorite Hippie Juice, you’ll have pre-steamed spinach that’s low in oxalates and much better for you than raw spinach! 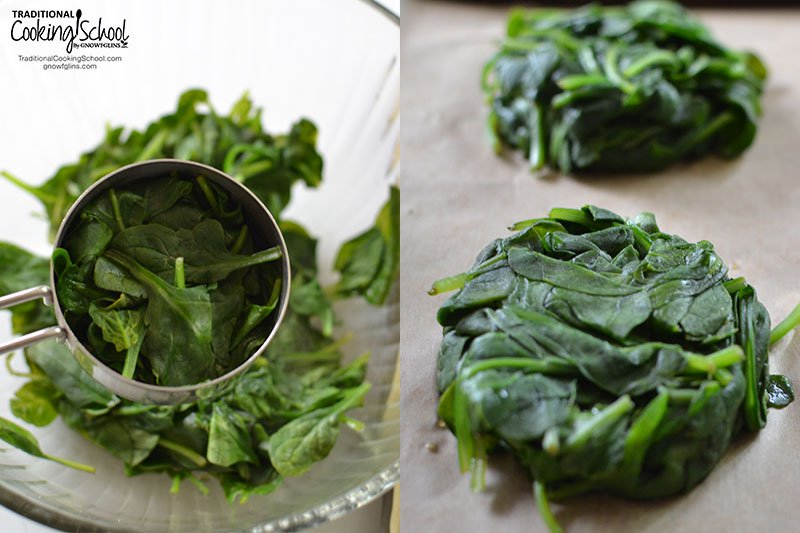 Green smoothies are healthy — as long as you’re not adding handfuls of raw greens to them.

Spinach isn’t the only green veggie that’s high in oxalates either. Swiss chard, kale, and beet greens also contain high amounts of oxalic acid. Use this same method for those greens, if you have an abundance that you’d like to add to your smoothies.

Check out these posts for more information about making healthy smoothies:

Do like spinach in smoothies? Have you ever thought about steaming ahead? Would you like to try these Steamed Spinach Smoothie “Pucks”?