How do you make irish beef stew

There’s no greater comfort food than a hearty stew. And Irish Beef and Guinness Stew might be the king of them all! Guinness Beer gives the sauce an incredible rich, deep flavour, and the beef is fall-apart tender.

While it takes time to slow cook, this is very straight forward to make. Stove, oven, in your slow cooker or pressure cooker – directions provided for all. Mop your bowl clean with Irish Soda Bread! 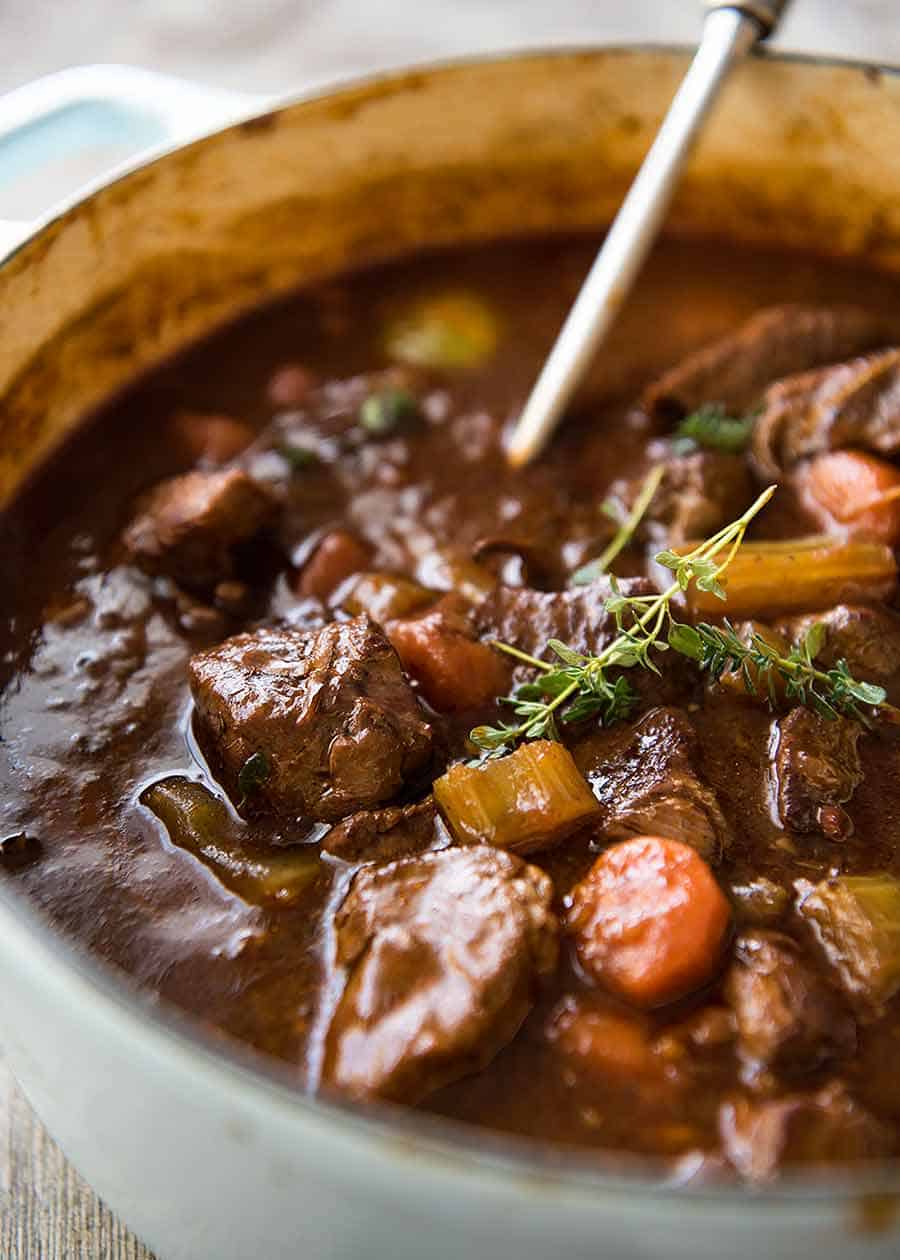 Irish Stew may well be the mother of all stews. I mean, you know that anything simmered for hours is going to be a good thing. But this…. this is the stew of your dreams. Arguably the most deeply flavourful sauce of all stews, with a rich dark brown flavour, this is the best of the best.

THIS is the stew I make for company when I want to impress!

With it’s deeply flavoured rich sauce, Guinness Beef Stew is THE stew you make when you want to impress! 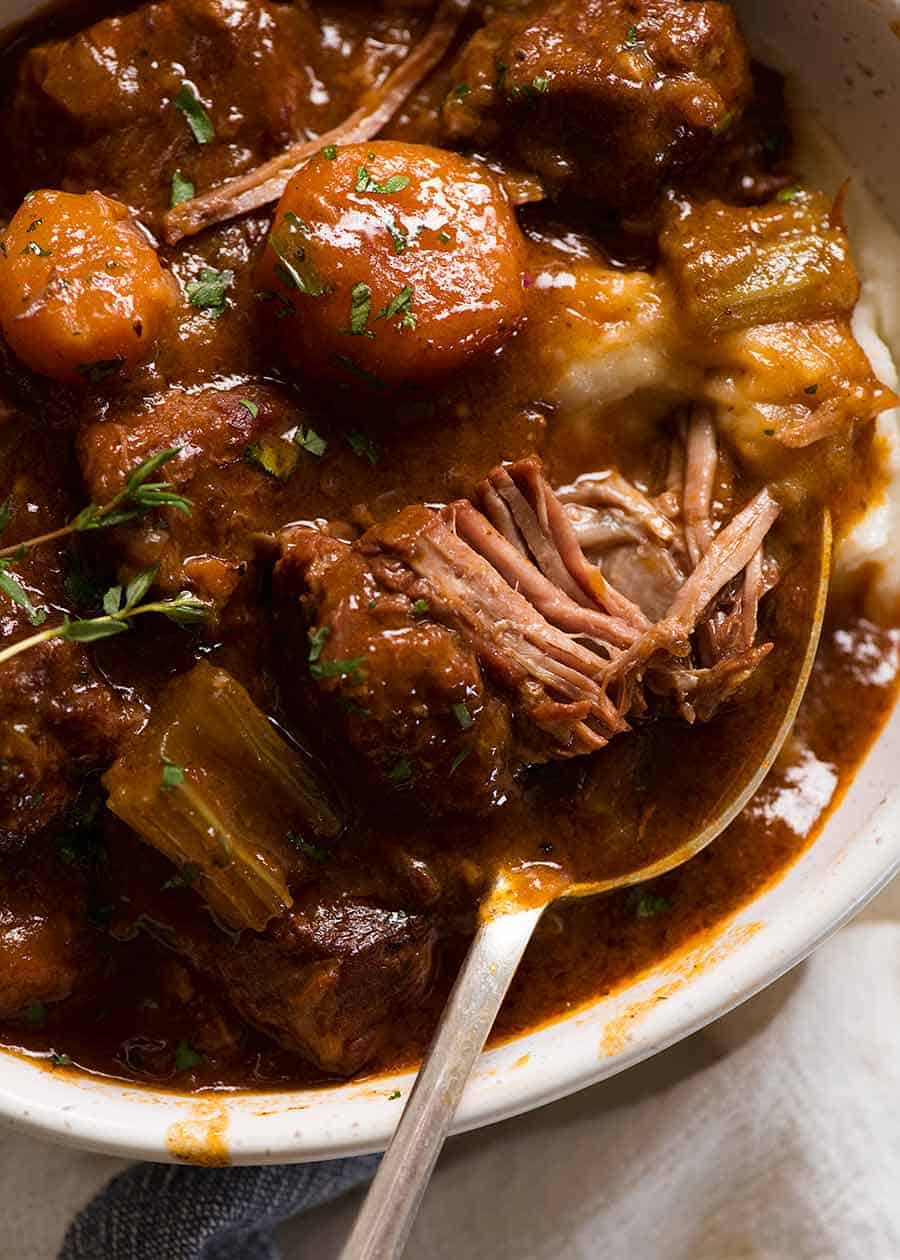 What kind of beer goes in Guinness Stew?

The not-so-secret ingredient that goes into Guinness Stew that gives the sauce the deep flavour and colour is Guinness Beer.

Guinness Beer is so dark it is almost black and it’s why the gravy of the stew is such a beautiful deep brown colour. Guinness is also much richer than most beers, which you can see just by looking at the thick creamy head (the foam) that Guinness is famed for.

It’s pretty widely available these days – here in Australia, you’ll find it at most liquor stores. 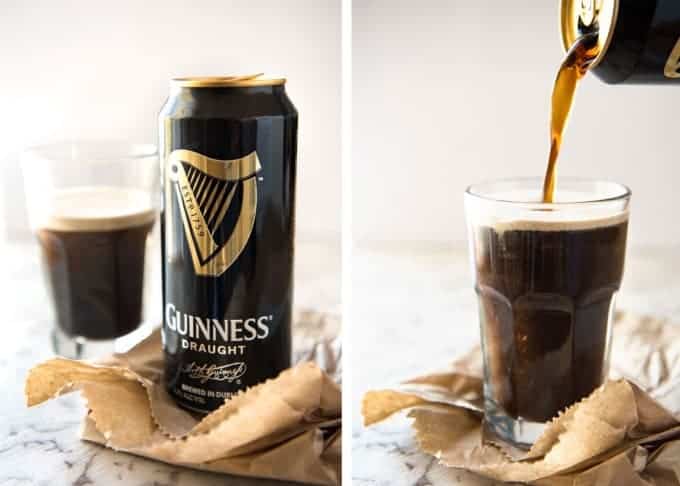 I hope the Irish aren’t offended! 🙂 I’ve made it with lamb and to be honest, I do prefer it with beef.

Tip: Use big chunky hunks of beef. Don’t even think about using tiny cubes of beef. It needs to be chunky pieces so it can be cooked for a looooong time to get all that flavour into the sauce! If the pieces of beef are too small, they will cook too quickly and fall apart in the stew before it’s had enough time to develop the deep flavours. 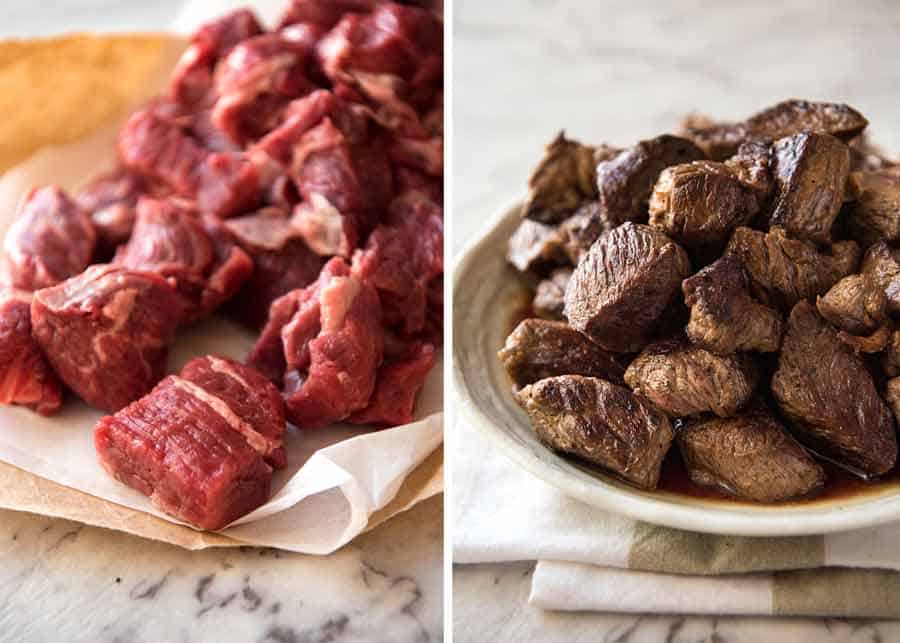 In addition to chuck beef and Guinness Beer, here are the other ingredients in Irish Stew. 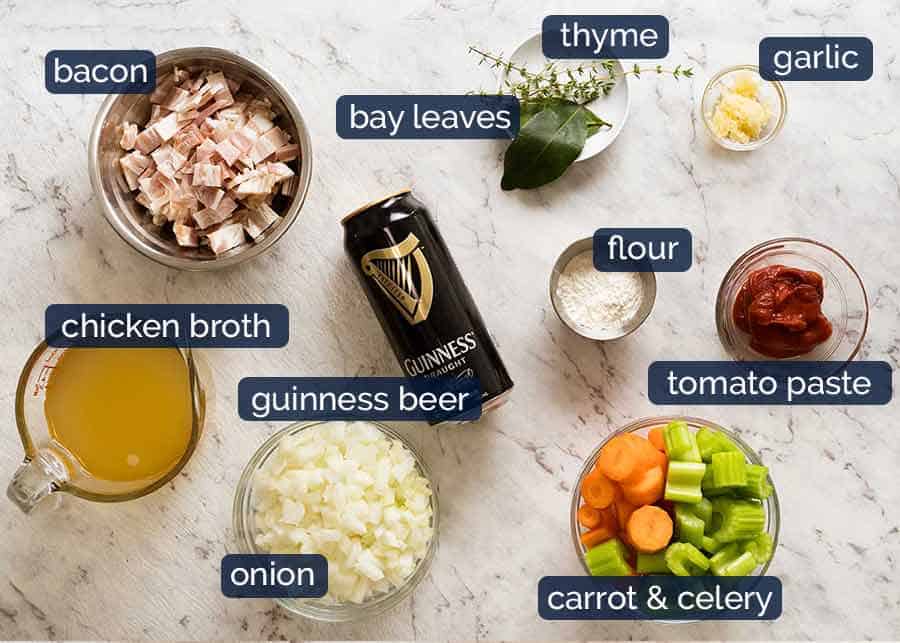 How to make Irish Beef and Guinness Stew

Though this Irish Beef and Guinness Stew takes time to cook, it is very straightforward. The steps are no different to usual stews like classic Beef Stew: 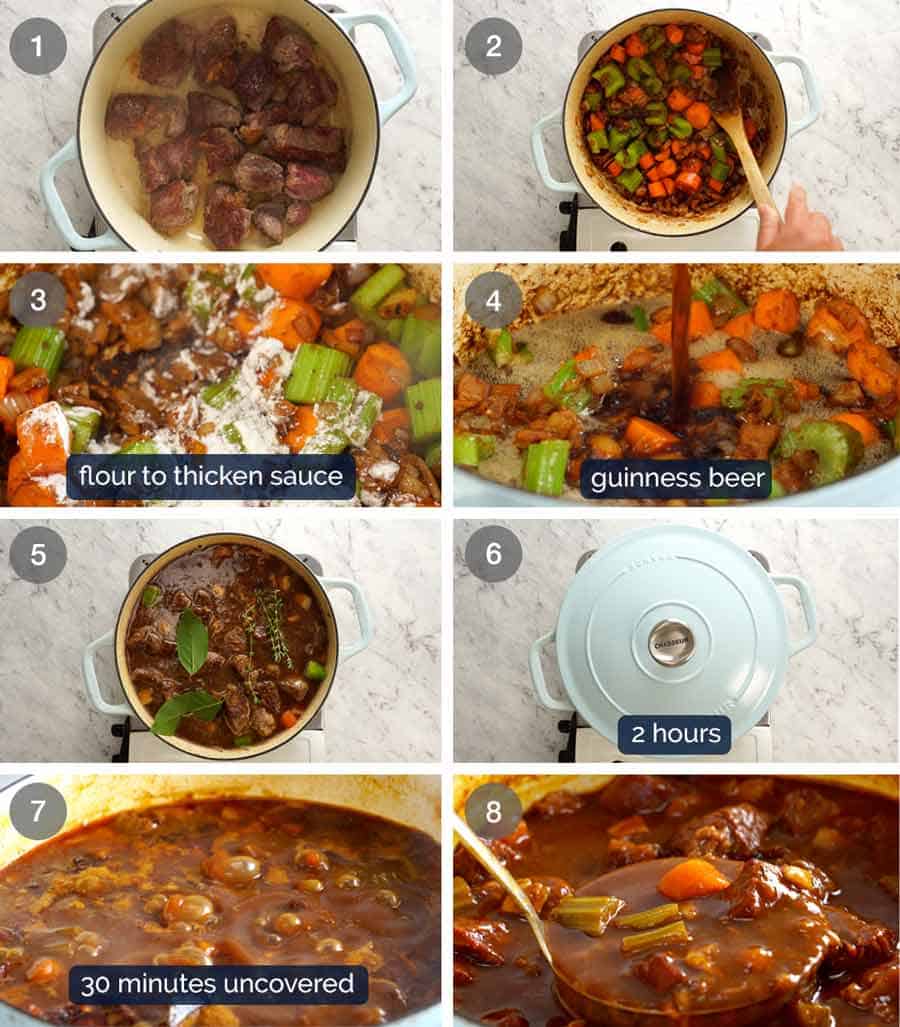 Yes it takes hours but your patience is rewarded with beef so tender you can eat it with a spoon! 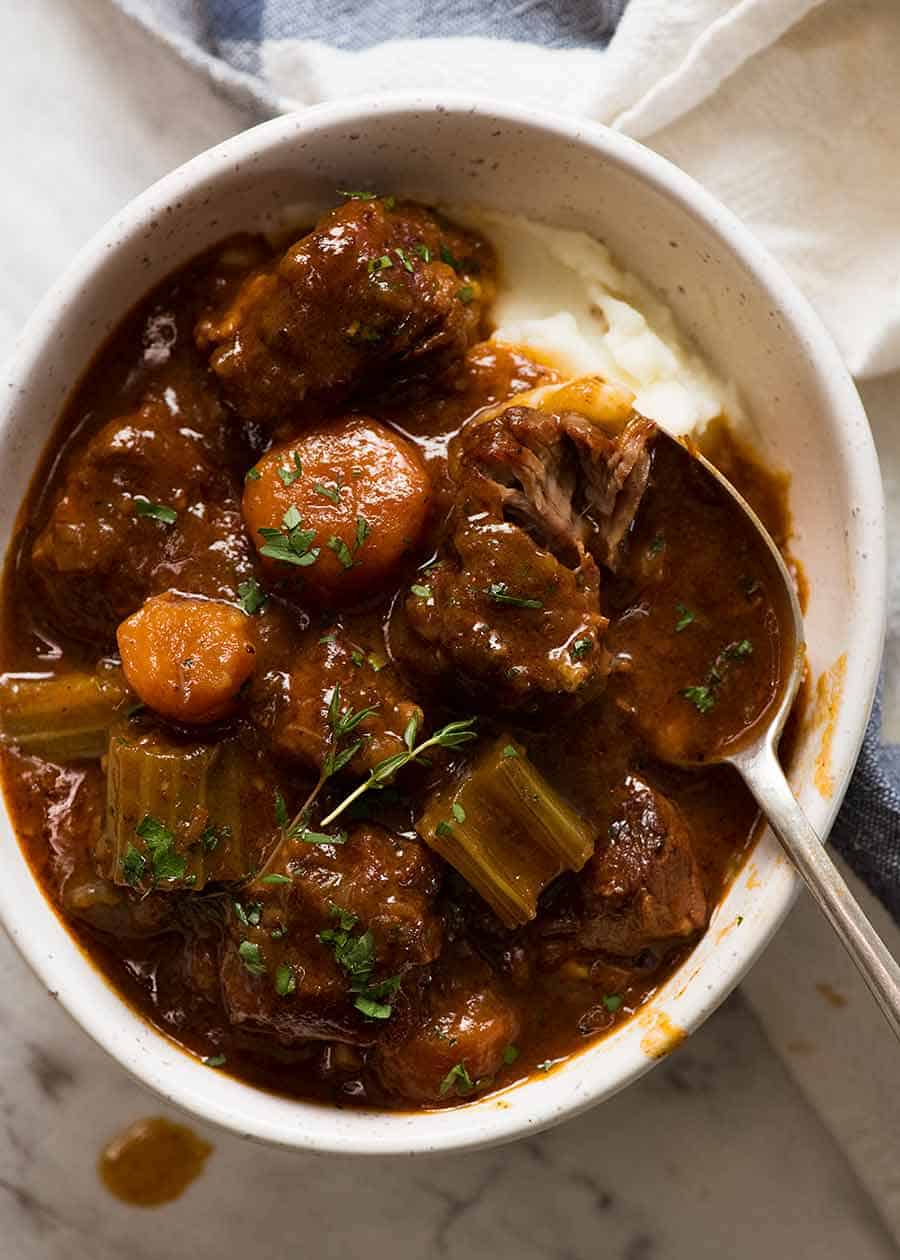 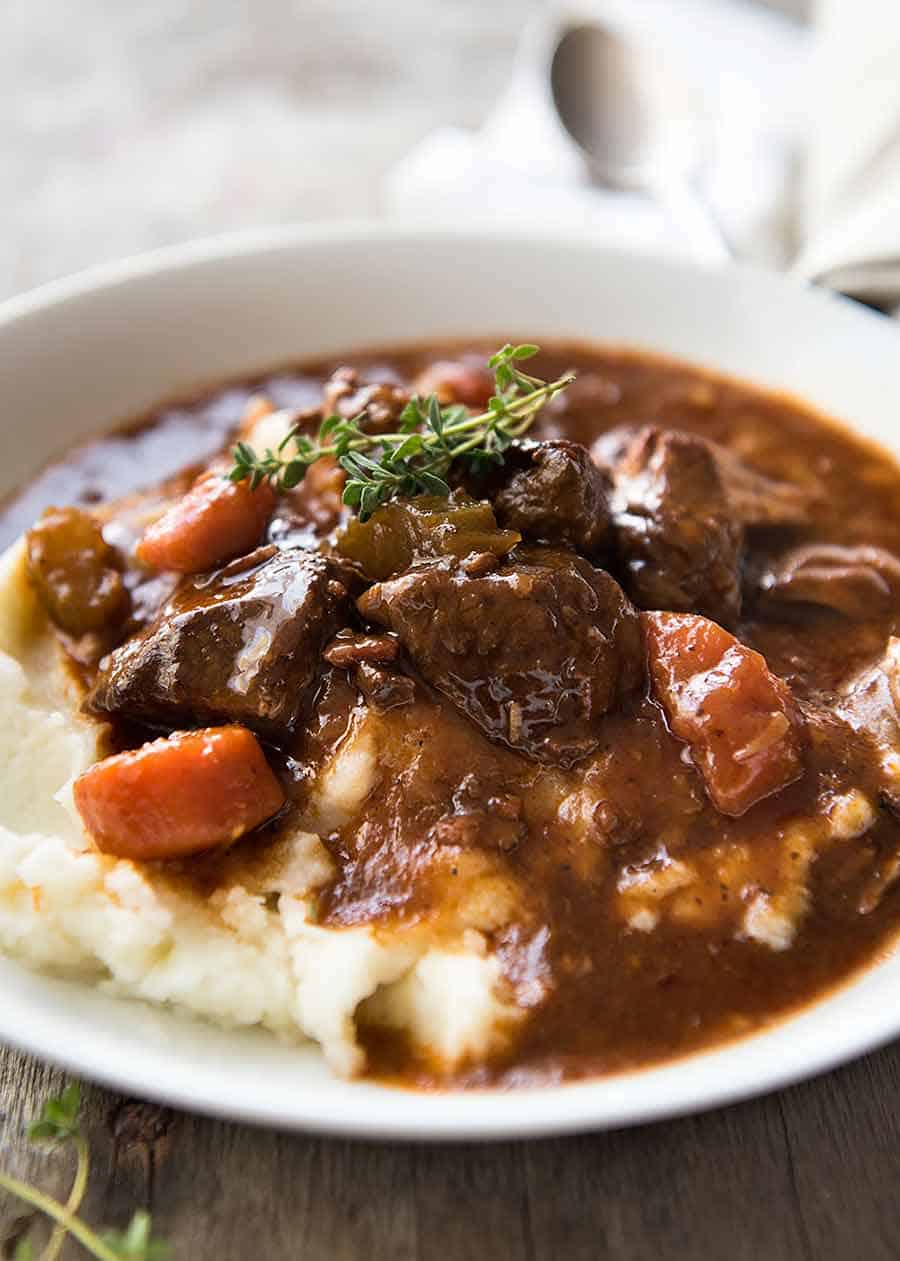 The one thing I do differently to most Guinness Beef Stew recipes, including very traditional Irish recipes, is to thicken the sauce slightly with flour. If you don’t do this step, the sauce is quite thin and watery, and while the flavour is still lovely, I really prefer the sauce to be more like a thin gravy.

What to serve with Irish Stew

Serve Beef and Guinness Stew over mashed potato or cauliflower mash for a low carb option. And what about some warm crusty Irish Soda Bread to mop your bowl clean??

I am so glad I have a tub of this in the freezer. I cooked most of the day but gave it all away. The minute I hit Publish on this post, I’m going to get cracking reheating some of this Irish Stew for dinner tonight! – Nagi x

Sulking because he didn’t score any Irish Stew.

Let’s not feel badly for him though. He lives a very cushy life! 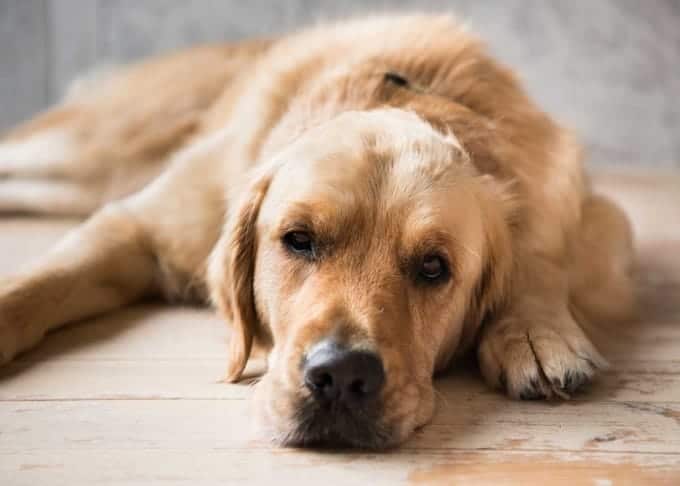