Boiled peanuts are a very popular street food and snack in the Philippines. This post shows you how to cook the peanuts two ways. 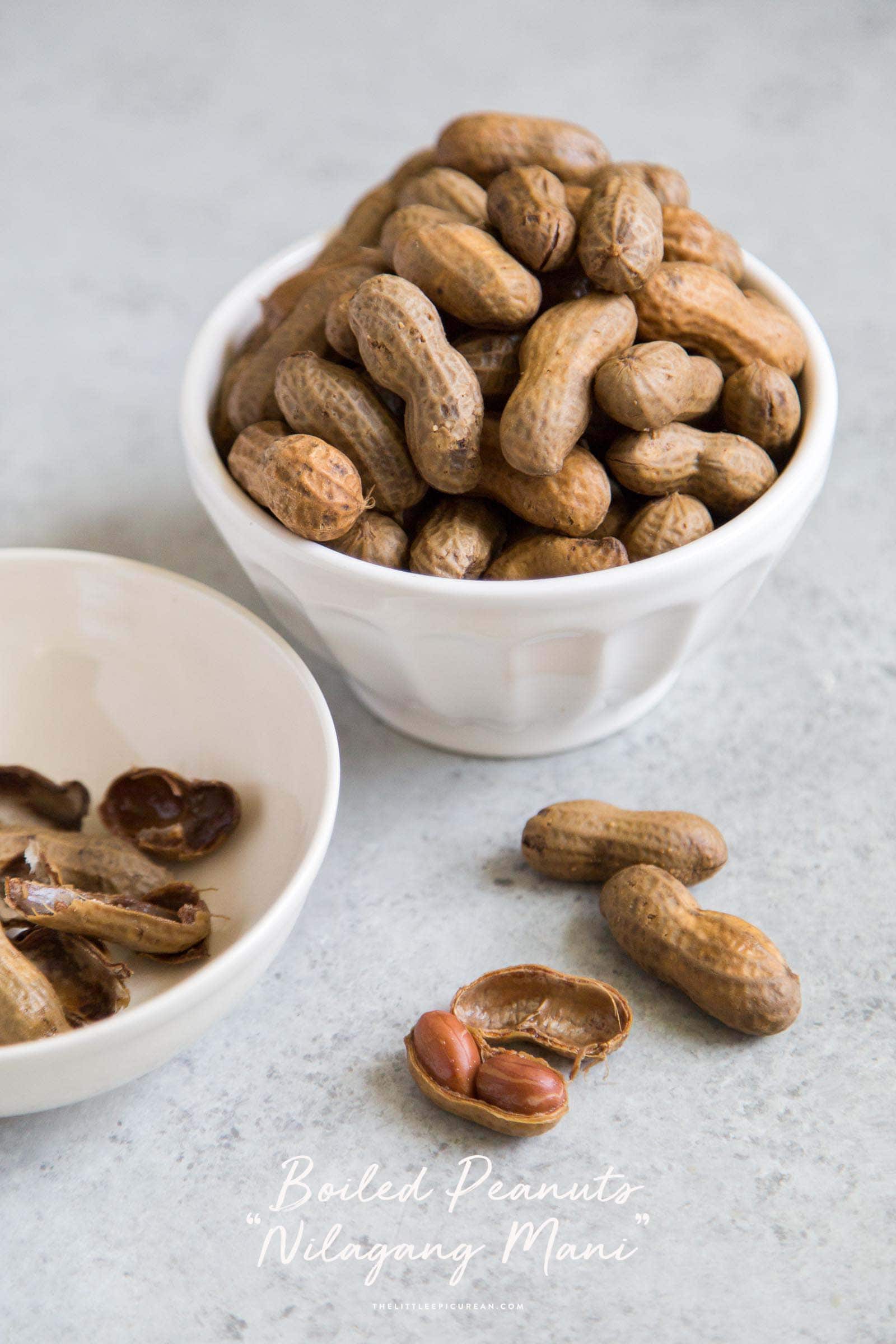 Post-holiday blues are no joke. After all the excitement and build up of Thanksgiving, Christmas, and New Year’s Eve, the beginning of January feels so dull and mundane. During such moments when life needs a little pick me up, I turn to the comforting foods of my childhood.

Perhaps it’s the memories associated with those foods and flavors, or maybe there really is something magical when food is prepared a certain way.

Boiled peanuts are one of my favorite childhood snacks. It’s something I enjoyed eating with my dad. The two of us could polish an entire pot of boiled peanuts in the blink of an eye. 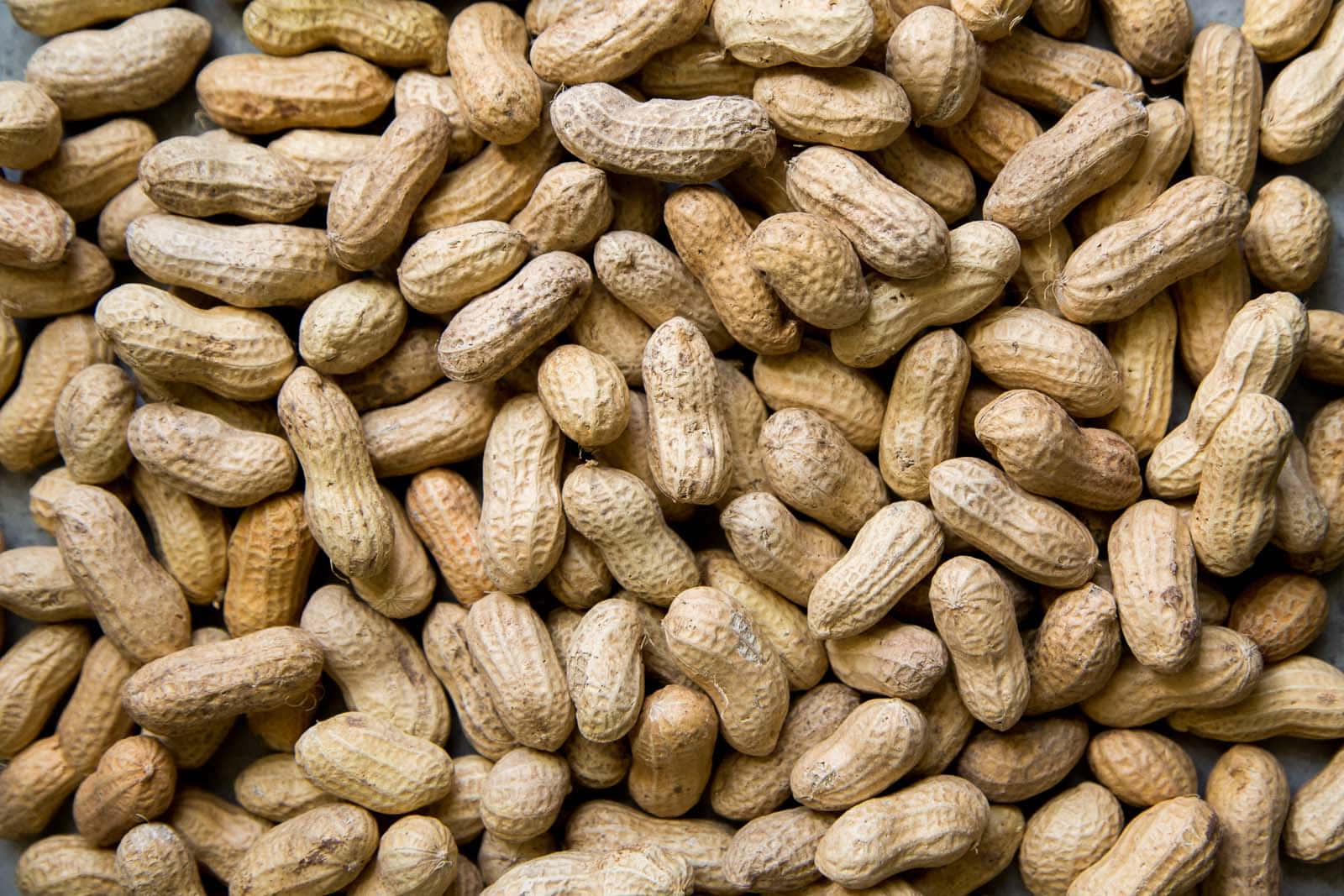 Boiled peanuts are a very popular street food (and snack) in the Philippines. It’s common to see nilagang mani being sold in the streets.

I have lots of fond memories happily munching on boiled peanuts on our drives from the city of Manila to my grandmother’s house about 2-3 hours away. Roads to and from the city are often congested.

The traffic of Metro Manila is considered one of the world’s worst. How do we pass the time? Snack, of course!

To combat all this time spent in the car, you’ll find all sorts of street vendors selling a variety of delicious snacks: sliced green mango with bagoong, fresh coconut straight from the trees, or turon (caramelized fried banana). 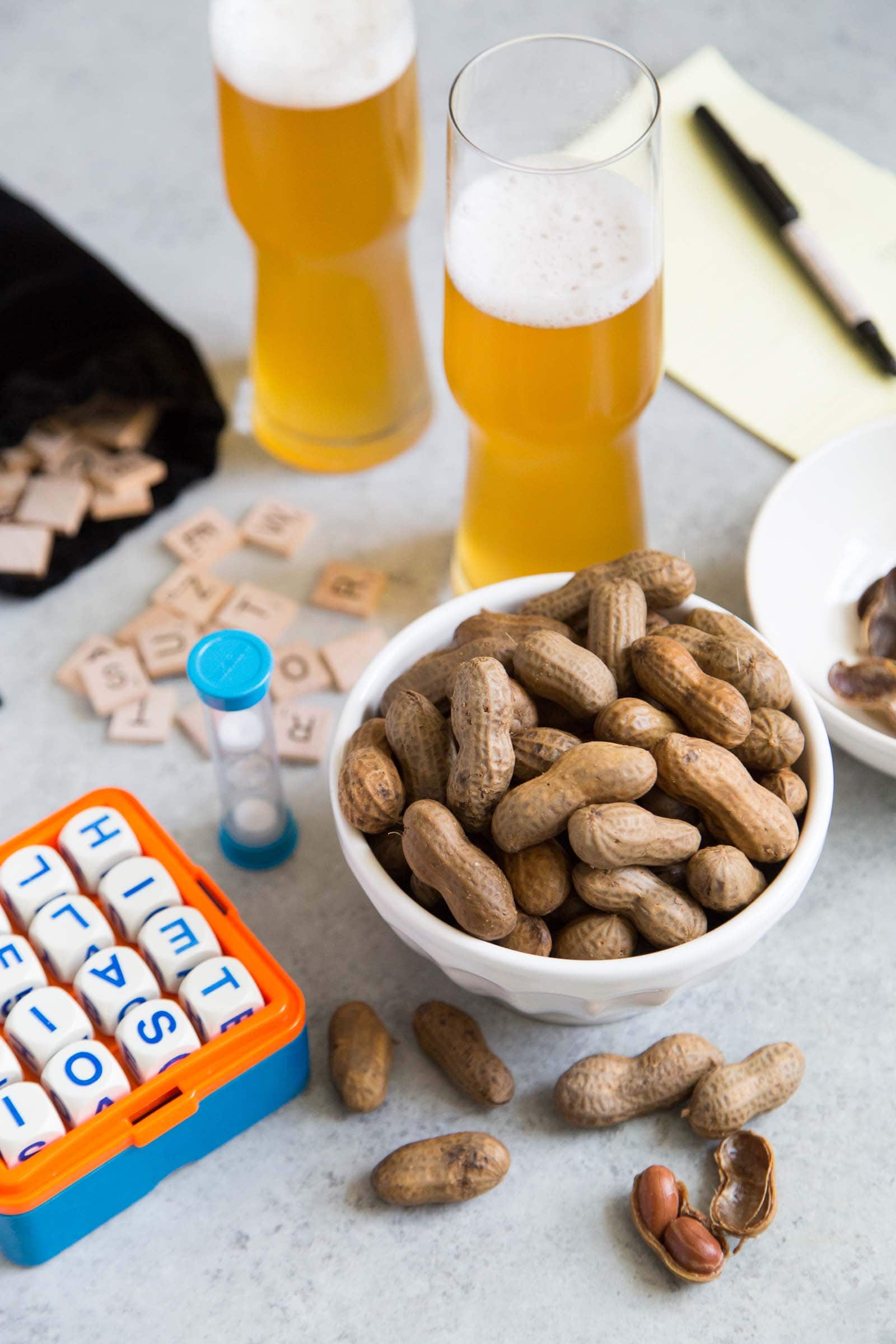 Where to buy raw peanuts?

Bags of raw peanuts are seasonally sold in supermarkets, with their peak from May through November in the United States. You’ll have better luck finding raw peanuts in Asian supermarkets all year round.

I personally buy my raw peanuts from familycuisine.net. In my experience, they sell the freshest and best quality nuts.

How to cook peanuts two ways

Both methods yield the same results. However, I prefer using the pressure cooker because it’s much faster!

Boiled peanuts is also a popular snack in the South. Southern boiled peanuts are often seasoned with additional spices such as paprika or Old Bay Seasoning.

Raw peanuts can be soaked in water overnight ahead of time to help speed up the cooking process.

Dissolve salt in a large pot of water. Add any additional seasonings, if desired. Bring to a boil and simmer until peanuts have softened to your desired consistency.

It is important to use the correct size pot. Two pounds of peanuts need at least 10 cups of water, meaning you need a pot with at least 8 quart capacity.

Cooking time varies depending on size of peanuts (ranging from regular peanuts to jumbo sized peanuts) as well as desired consistency.

Some people like boiled peanuts that still have a snap and bite. While others, like them soft and a little more creamy.

Whether you have a traditional stove-top pressure cooker or one of those new electric pressure cookers (like the Instant Pot), the directions are the same.

Dissolve salt in water. Add peanuts. Keep pressure valve closed on pressure cooker. Cooking time will vary depending on size of peanuts, desired consistency, and the level of heating of pressure cooker.

On average, it will take 60-90 minutes. It’s must faster than the traditional stovetop pot method! 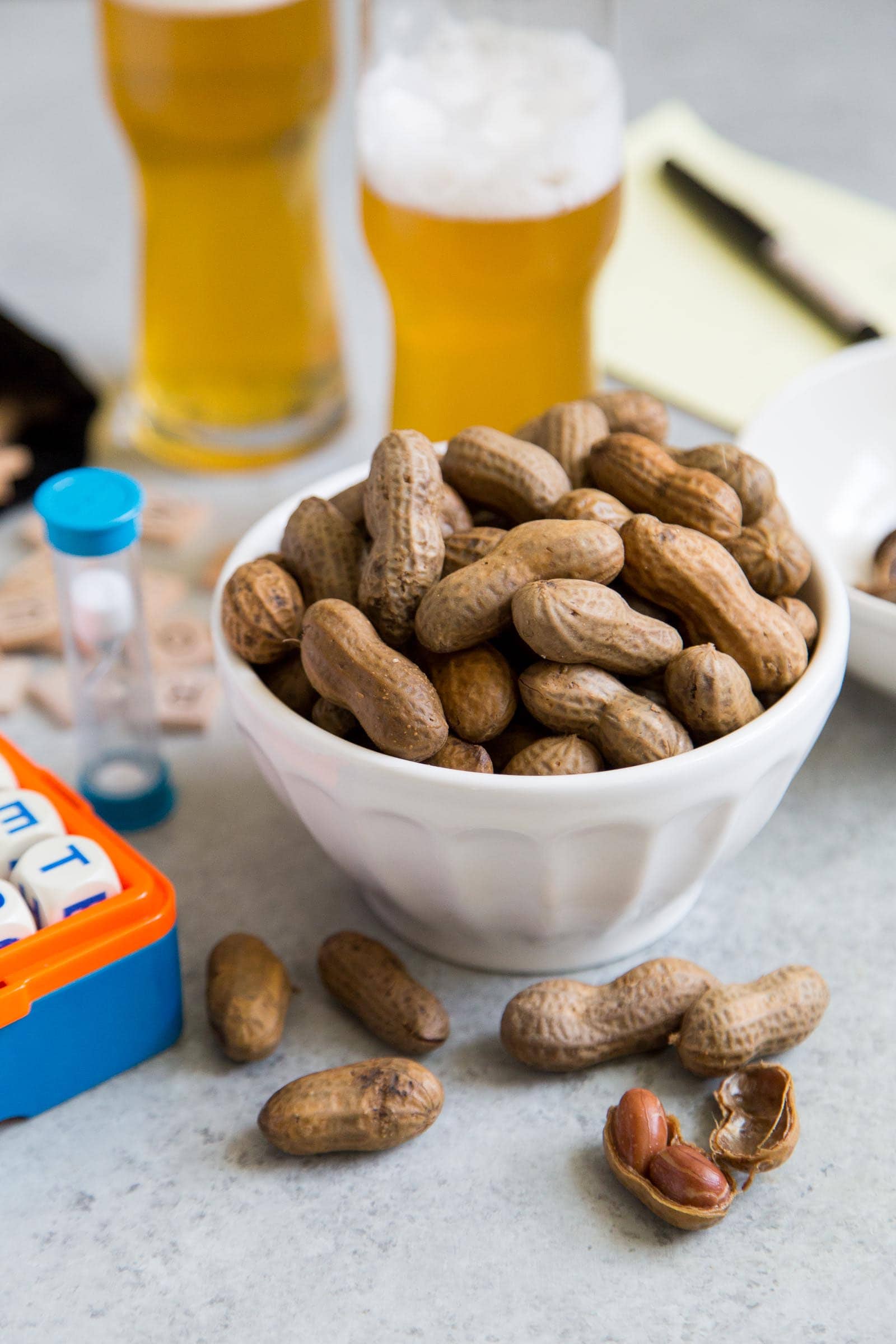