Is there anything that’s more of an umami bomb than fish sauce? A few drops of this magic stuff into a dish can take it from from great to spectacular. It’s an amazing secret ingredient to have in your arsenal.

But it can also be mysterious. If you’ve ever been confused about fish sauce, this is for you. In this post, I’ll cover what it is, what brands to buy, how to use it, and most importantly, how to make prepared fish sauce for dipping or dressing at the table.

Reading: how to cook fish sauce 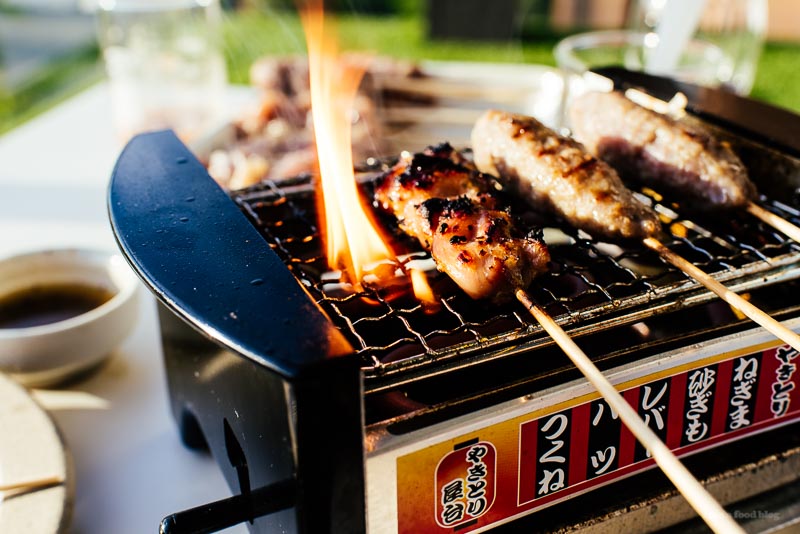 My family’s fish sauce roots run deep. We’re from a countryside village by the ocean. Several times a year, boats would come to the docks with the various in-season seafood for the villagers to make fish sauce with. Every household would have their own barrels of fish sauce. The rich family in the village made their money selling industrial quantities of the stuff, made in large open air concrete pools. My mom was famous in the village for her prepared fish sauce which she sold with bowls of noodles and fresh grilled cobs of corn.

What is fish sauce

Fish sauce, sometimes referred to as nước mắm, is a sauce made from fermenting seafood in salt that’s associated with Southeast Asia, especially Vietnam and Thailand. Generally it’s made from anchovies, but it’s also made from tiny shrimp, tuna belly, and more. You can make fish sauce from any seafood. You can even make fish sauce at home by packing 3 parts fresh anchovies to 1 part salt in a large jar and leaving it for a year or so. 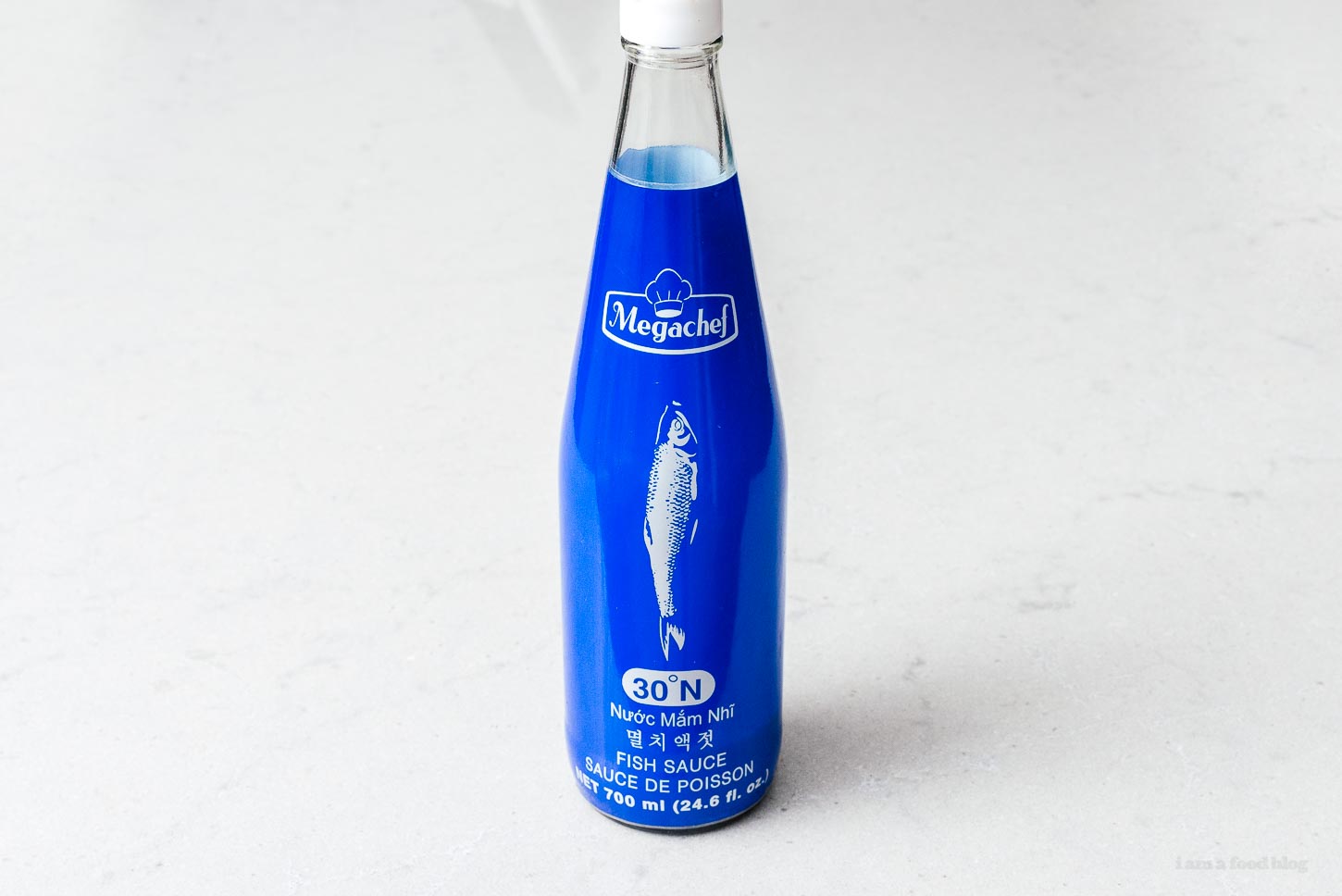 What brand of fish sauce to buy

Of course, no one is going to make their own at home. There are a lot of brands of fish sauce out there, and more all the time, so it can get confusing as to which one to choose.

The best way to choose is the same as olive oil. There’s something similar to first press for fish sauce that has a superior flavor over the cheaper stuff. To find it, look for the words mắm nhĩ on the label. This includes the popular and well known Red Boat brand, but it also includes some other great choices such as Viet Huong, Phu Quoc, and my current bottle of the moment, Megachef.

What is mam nhi

This is a mini food geeking section you can skip.

Most Vietnamese people know that mam nhi is to fish sauce what extra virgin is to olive oil but not everyone knows why. The etymology of the phrase was a hard one for me to track down. There’s not even agreement on the correct spelling. Esoterically, it’s either mắm nhĩ or mắm nhỉ. These are pretty small differences, even in Vietnamese, but it’s still not agreed upon.

On Vietnamese wikipedia it merely says that mam nhi means “proper sauce” but the explanation is labored and unlikely. My theory, which comes by way of my dad, is that nhĩ is old school slang for drip or drop. Way back in the day, before mass manufacturing, every family would have wooden barrels like a wine barrel with a spout in which they made the sauce. When they needed some, they would open the spout and let some sauce drip out, and that’s what was called mam nhi.

Per my dad’s theory, if they were planning on selling it, they would pour some of those first drippings back into the barrel and later press it to stretch the yield, which formed the inferior “ordinary” fish sauce. Mam nhi was the good stuff, saved for the family to have.

Over the years I’ve learned that many people don’t know what brands and styles to avoid. The kind of fish sauce we use in most cooking is clear. Avoid any that are opaque unless you know what you are getting into, including – and especially – any that say mắm nêm or mắm ruốc on the label. These will be more pungent than the clear stuff. Used correctly, as in our BBH, they’re delicious, but too dangerous for the uninitiated. 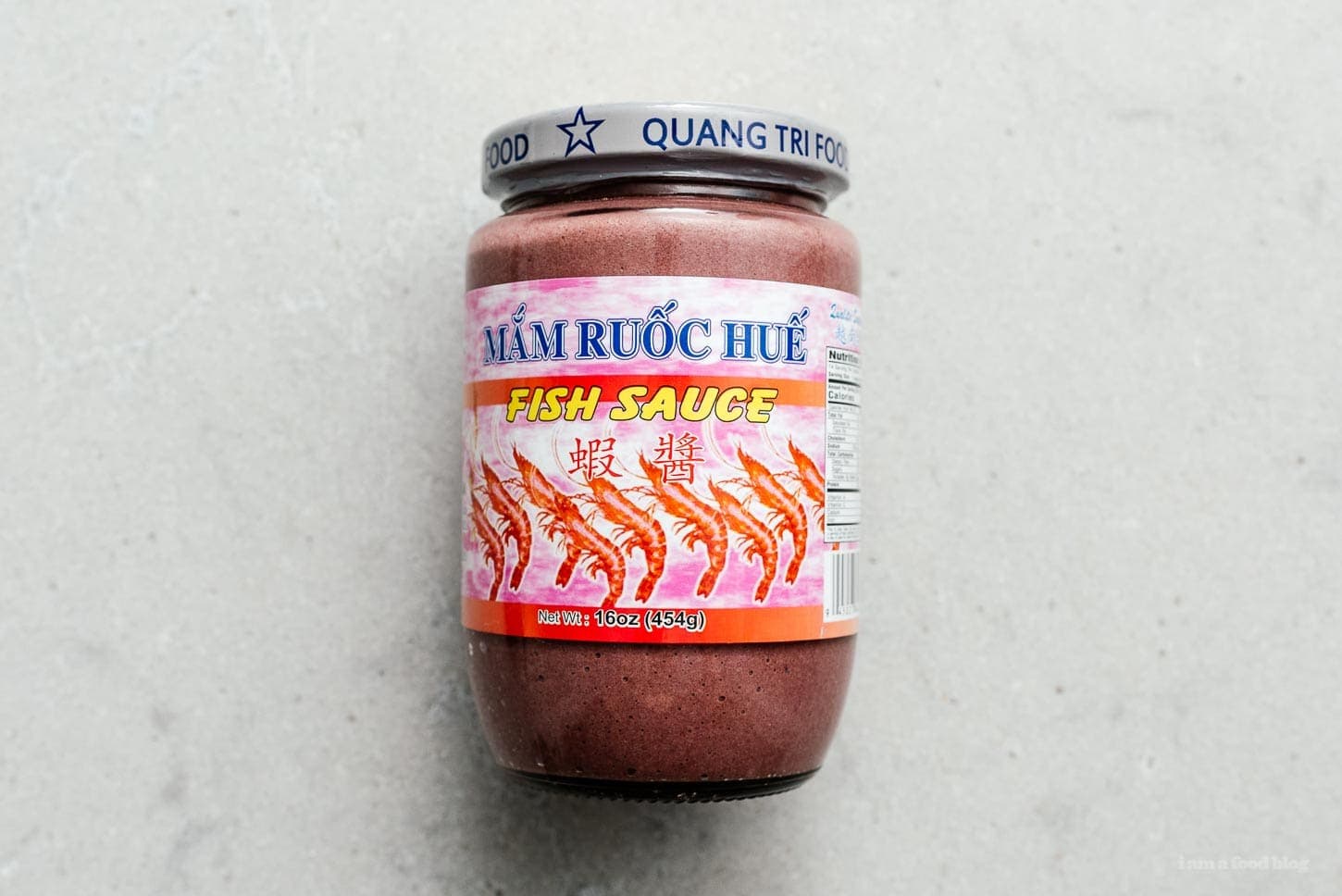 You should also avoid any supermarket brands, such as Thai Kitchen, Asian Family, Dynasty, etc because they’re overly pungent, over salted, and lacking in flavor. When in doubt or in a food desert, buy Red Boat. It’s the safest, most widely available option, and it’s what we buy when we’re far from Asian supermarkets.

Sometimes on restaurant menus you’ll see a reference to nước chấm. Nuoc cham in Vietnamese just means dipping sauce, but what it really means is ready-to-eat/table/prepared, aka fish sauce made into a ready to eat sauce (ie, for dipping) with garlic, lime, and chilies. Very few people would use the raw unadulterated sauce out of the bottle for anything other than cooking.

In my family and in our part of Vietnam, we don’t say nuoc cham. We just say nuoc mam and you’re expected to know which kind is meant based on context. At best, it would be called nước mắm chấm, which means dipping fish sauce. If you are cooking, you use it right out of the bottle, but at the table, it’s always prepared.

Prepared fish sauce is the stuff of dreams, and almost always a jealously guarded family secret. Every Vietnamese family claims their recipe is the best, or that their family makes it the best. Vietnamese kids who have grown up in America and can’t cook as well as their moms joke about always having 2 jars in their fridge. When one goes empty, it’s time to call mom up for another jar.

Because I don’t get to see my parents as often as I’d like, I learned how to make it long ago from my mom. I’ve written it down and perfected it through the years. The recipe I’m sharing with you today is my own secret recipe, developed from my mom’s version, tuned for mine and Steph’s preferences. 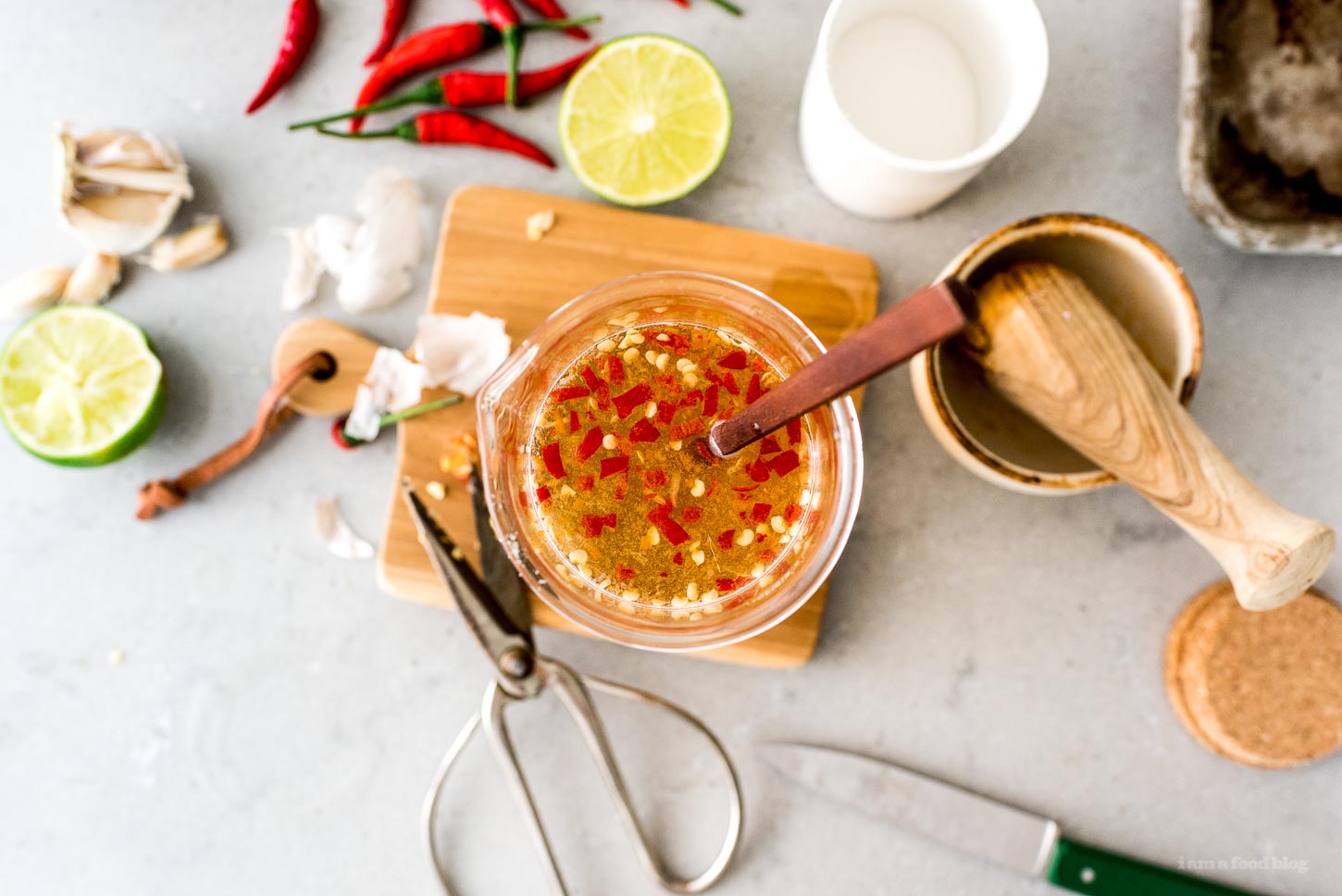 How to make prepared fish sauce

Can you make this without a mortar and pestle?

When my mom needs to make enough for large parties (we’re talking gallons) she would use a food processor or blender. She considered it substandard but no one seemed to complain. I’ve made it both ways, there’s a very clear – but not crazy large – difference. We’re talking food processor/chopping as a 7/10 and the mortar and pestle as an 11/10. 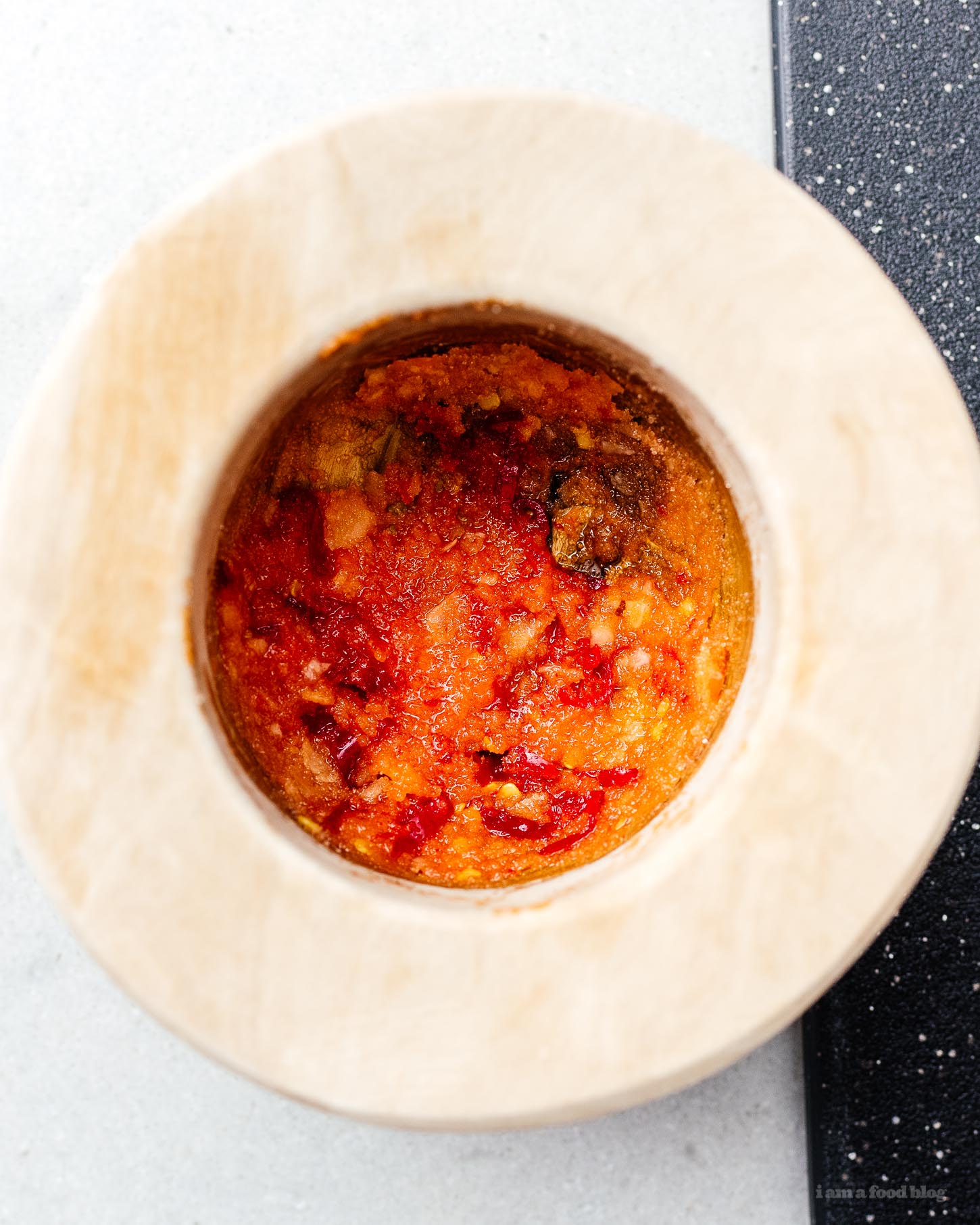 Can you use lemons?

You can use any acid you want, even vinegar, but limes are best. Everything else doesn’t taste quite right to me.

Even though this recipe purports to be the best prepared fish sauce you’ve ever made, it’s not the only game in town. We modify it to suit the dish. You can add ginger for duck or chicken. You can make a more watered down one to flavor vermicelli bun bowls. My mom even makes a version with what’s essentially gravy that Steph adores for dipping spring rolls, like a peanut free peanut sauce.

Basically, feel free to play around with it to get it right for both your taste and your dish. 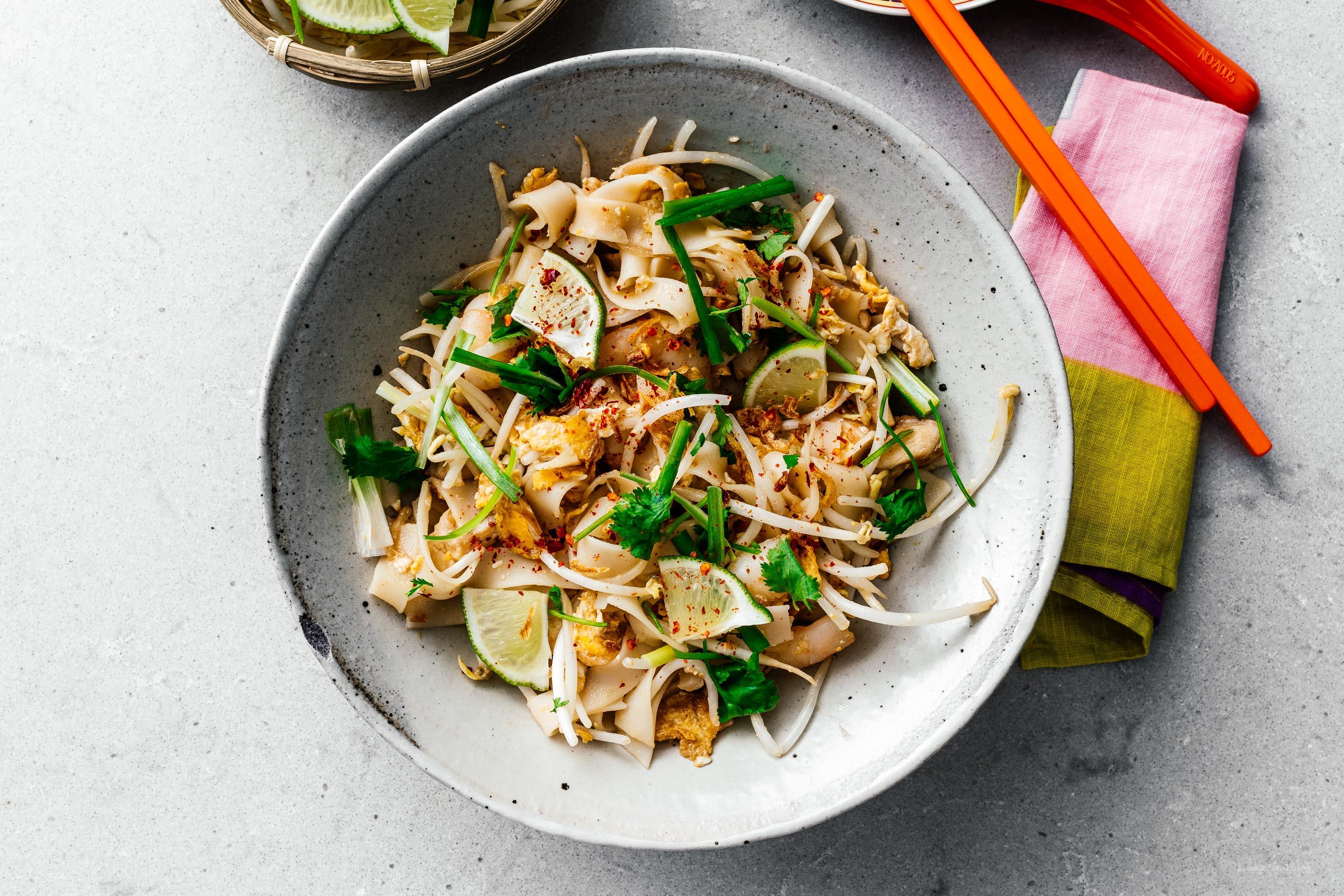 In my family, there’s no real difference between the Vietnamese and Thai versions, they are interchangeable to us and we use whatever we have on hand.

It may be tempting to substitute if you come across a recipe that requires fish sauce, but you shouldn’t . In the same way you probably wouldn’t substitute mustard in a recipe, unless you’re vegan, you probably don’t need to substitute. It’s cheap and there’s lots of recipes you can use it with, in addition to just using it to boost the umami profile of literally anything from steak to ragu bolognese.

Recipes that use fish sauce

If you end up with a lot of fish sauce and you don’t know what to do with it, here are some of my favorite recipes that use it: 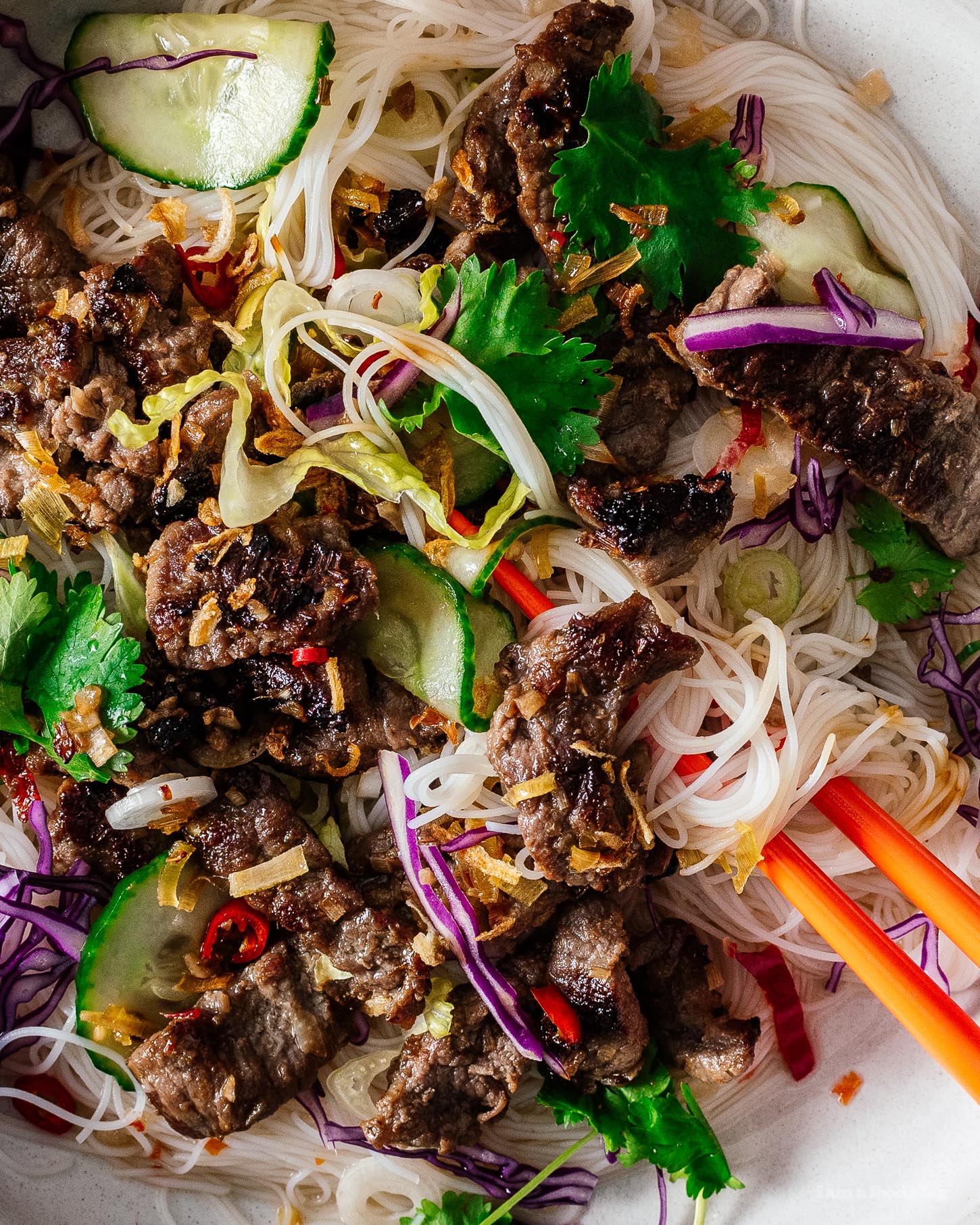 Recipes that use prepared fish sauce

Best food for a crowd

Given numerous diets, preferences, and tastes, it may be troublesome to seek out meals and…