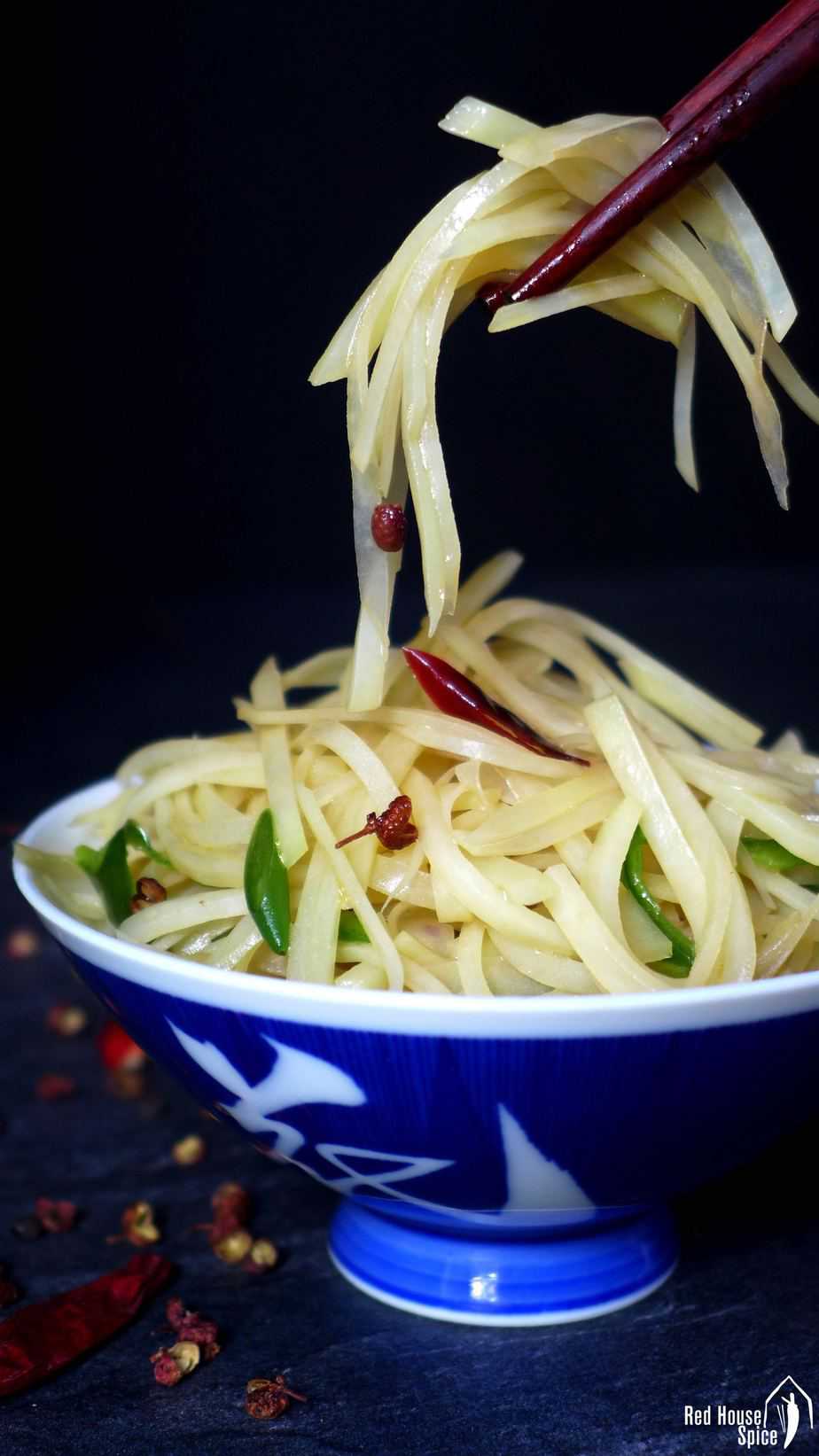 While I was living in Beijing, over a decade ago, I invited two Irish friends, who were touring around China for the first time, to an authentic Chinese meal. When the waitress served a plate of Chinese potato stir-fry, they had no idea what those thin strips were. After tasting they still couldn’t relate this dish to potato, the ingredient they ate almost every day in their home country. “I would never dream of cooking potato this way!” one of them said. Luckily, it was a happy discovery as both of them liked this “strange” dish.

A classic way to serve potato

Unlike as staple food in Western cuisine, potato is treated differently on Chinese dinning tables. It’s generally cooked as a savoury vegetable dish and served with plain rice. Among all the potato based dishes, Chinese hot and sour potato stir-fry (酸辣土豆丝) is a classic example. Understated yet delicious, it’s extremely popular in Chinese households. 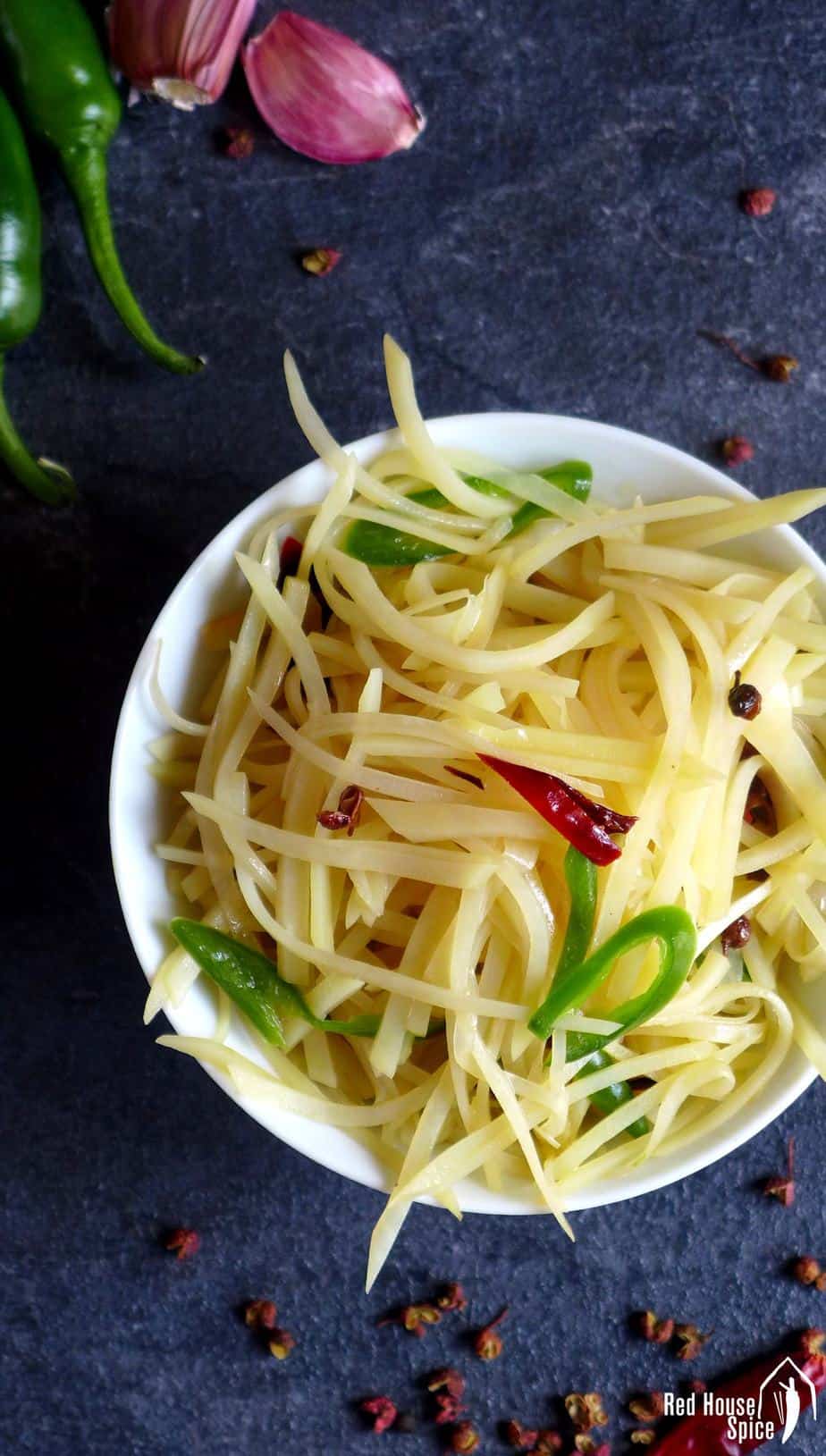 Julienne potatoes by a knife

Like the tomato and egg stir-fry which I wrote about earlier, hot and sour potato stir-fry is very simple and quick to prepare. The only intimidating feature of this dish, I assume, is the particular way of cutting the potatoes. They need to be julienned by a knife.

In fact, Chinese home cooks love to impress others by showing off how fast and thinly they can cut the strips. I personally don’t consider it a culinary skill. As we say, practice makes perfect. If you do think it’s a bother, please feel free to use alternative methods: cut the potato in a food processor or with a julienne peeler. 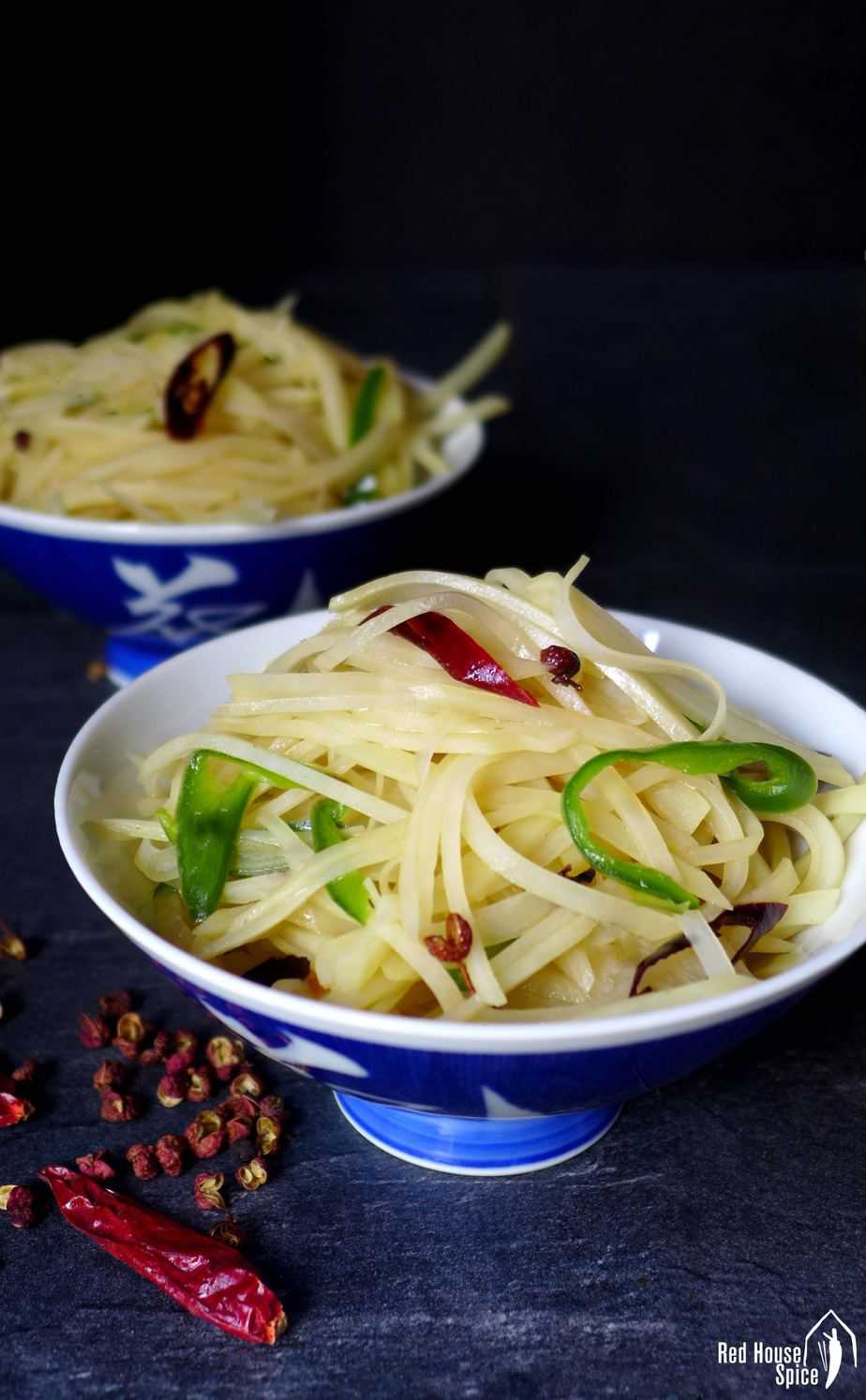 Potato strips in this dish should have a crunchy texture after cooking. In order to achieve this, you need to:

However, some people prefer softer texture (I used to like it this way when I was a child). If you do, fry the potato a bit longer (you might need to add a few drops of water to avoid burning).

Read more: how to make chicken fried rice in a rice cooker

Potatoes taste rather plain on its own. In hot and sour potato stir-fry, dried chilli, Sichuan pepper and black rice vinegar are used for flavour. 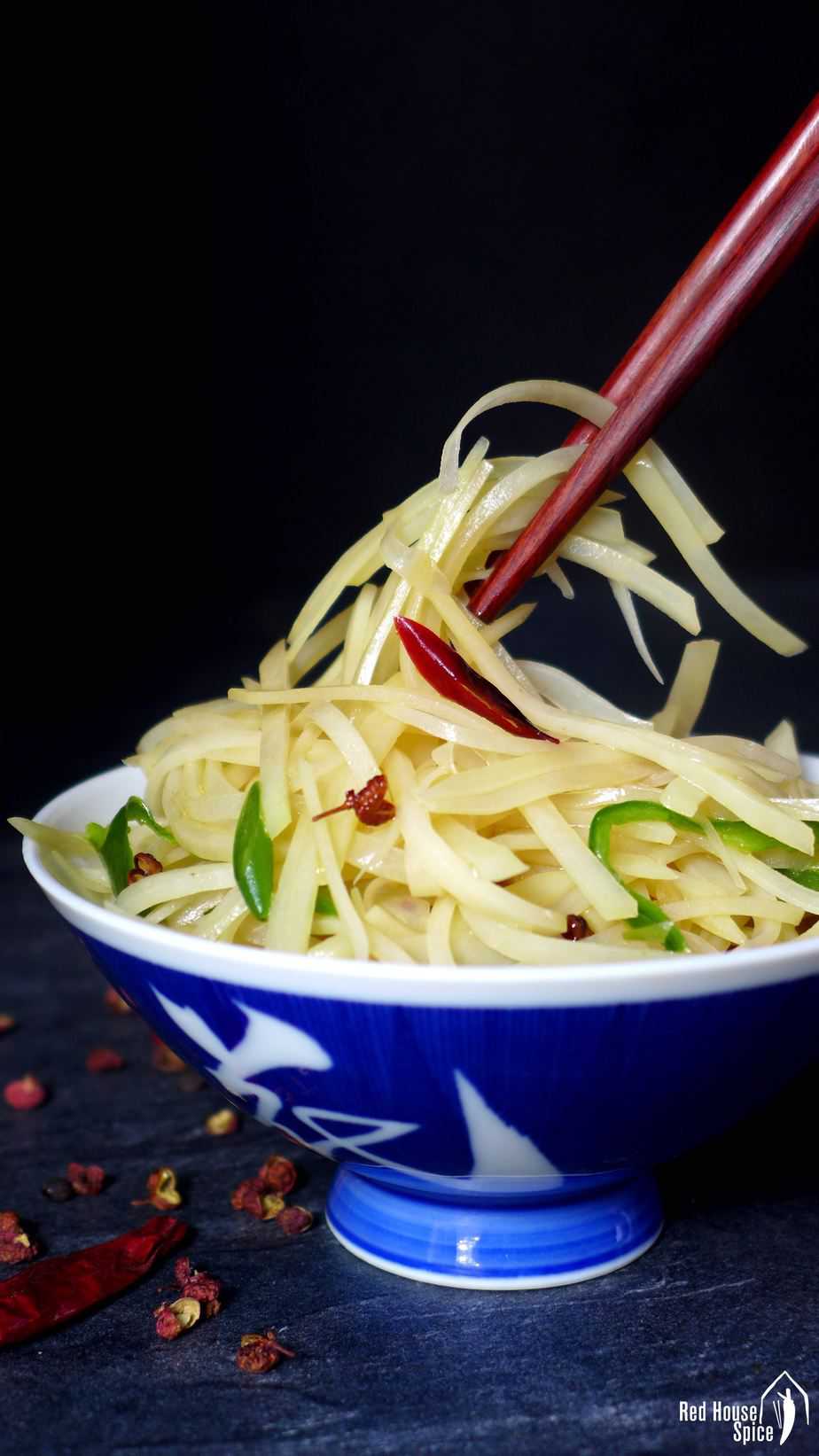 If you like the hot and sour flavour in this Chinese potato stir-fry, don’t forget to read my last recipe: Hot and sour glass noodle soup.

How to saute with an instant pot

What to serve beef stew with

How to make sauteed broccoli