how to know if sausage is boiled | Family Cuisine

Sausage is a true favorite among all carnivores. Hearty, flavorful, and aromatic, sausages can be cooked in a variety of ways, are generally affordable, and can feed an entire family in a one-pot meal. They’re also really easy to get wrong. Here’s the tips and tricks I’ve learned for 20 years of home cooking — and how it can help you make perfectly-cooked sausages for you and your family every single time.

Unless you’ve been doing this for a while, it’s hard to tell when a sausage is fully cooked without a meat thermometer or a kitchen timer. As you cook different recipes over time and come to your favorites, you’re going to develop what I call home cook’s intuition. That is to say, you’ll be able to intuitively tell when sausage is done.

Until then, here are my best tips and tricks I’ve learned from twenty years of home cooking; on the grill, stove, and in the oven.

Why is 160-165°F (70-74°C) the right temperature for sausage? At higher temperatures, the fat inside the sausage will melt and drip away, resulting in a dry sausage. At lower temperatures, raw meat isn’t safe to eat as it can still contain various types of bacteria.

Here’s a table of the minimum internal temperature of red-meat sausage, poultry sausage, as well as the most common cuts of meat according to the U.S. Department of Agriculture:

How to Cook Sausage in a Pan

Pan-frying is the fastest and most popular way of cooking fresh sausages at home. What makes pan-frying great is that you can add vegetables alongside the sausage and let them soak up their flavor as they’re cooking.

Fresh sausages, like breakfast links, sausage patties, Italian sausage, German bratwurst, and Mexican chorizo, are made from chopped or ground uncooked meat enclosed in sausage casing. They take time and patience to cook on a pan, as raw meat needs to reach an internal temperature of at least 160°F (70°C) before it’s ready for consumption.

Always preheat your skillet for up to 10 minutes before cooking. Especially if you’re using a cast iron skillet like me. When a skillet is fully heated and expanded, there’s nothing for meat to stick to.

Spray the hot pan with cooking spray or brush it with extra-virgin a tablespoon of extra-virgin olive oil. Sausages are fatty and will release a lot of oil on their own, so you’re only going to need a little to get them started.

Have you ever had sausage that looked nice and browned on the outside, but turned out cold and raw on the inside?

The golden rule to cooking fresh sausages on a pan is to cook them gradually and evenly on medium-high heat, which is about 325°F (160°C), until they reach an internal temperature of 160°F (70°C).

Depending on their size, the sausages should be cooked in 12 to 15 minutes at this temperature. Use a meat thermometer to check their internal temperature at first. Over time, you’ll develop a home cook’s intuition.

Don’t pierce the skin of your sausages! This is something that many people do wrong and many TV chefs advise wrongly on. It will cause the juices to flow out and leave them dry… defying the whole purpose of encasing the meat in the first place.

Turn the sausages every now and then until they’re cooked evenly on the inside and their skin has turned golden brown on all sides. This is how you should pan-fry sausages for the best result.

How to Cook Sausage in the Oven

Making sausages in the oven is the easiest way to enjoy links, bratwurst, chorizo, or whatever your favorite sausage variety is, without much prep work! It’s also one of my family’s favorite meals.

Cook bigger sausages for 30 minutes and smaller sausages for less time. As we spoke earlier in this blog post, when the internal temperature reaches at least 160°F (70°C), they’re done.

Don’t spiral-cut fresh sausage. It will cause the fat and juices to drip out from the sausage, making it dry as it cooks.

Also read: how to cook boiled ham in a slow cooker | Family Cuisine

Add vegetables to the baking sheet — and let them soak up the taste and aroma from the sausages. You can also add herbs, like thyme, 5 minutes before the end of the cooking time. Thyme works especially well with pork sausage.

How to Grill Sausage

There’s nothing like cooking sausages in your backyard, on the grill. I’m telling you… my wife likes to meditate to Headspace in the morning; I like to meditate to the sound of sizzling meat in the afternoon.

The best way to grill sausages is on the grill grate, over indirect flame and medium to medium-high heat. This gives you just the right temperature to make golden-brown sausages on the outside, but also cooked thoroughly on the inside.

If you cook the sausages over direct heat, the heat of the flame will quickly bring the fats inside to a boiling point and cause the sausages to split. Indirect heat, especially on charcoal grills, is a cooking technique that lets you “roast” and “smoke” the sausages at the same time.

If you’re using a gas grill, preheat the grill on medium for 15 minutes, arrange the sausages as far from the flames as possible, and close the lid. Some gas grills let you turn individual burners on and off. I like to turn off half of the burners on my grill, put a foil pan under the grill grate (fats and juices will drip; doing so makes cleaning your grill way easier), and leave the remaining half on. I arrange the sausages on the half where I’ve turned the burners on and let them cook.

If you’re using a charcoal grill, fire up the grill and wait for the charcoal to be covered in ash. This is how you know you have high enough heat to cook the sausages, but not too high to boil the fats and break them up.

Cook the sausages for 15 minutes, +/- a couple, depending on their size. When they’re reached an internal temperature of at least 160°F (70°C), they’re ready. Until you get used to cooking sausage on the grill, have a digital meat thermometer handy. 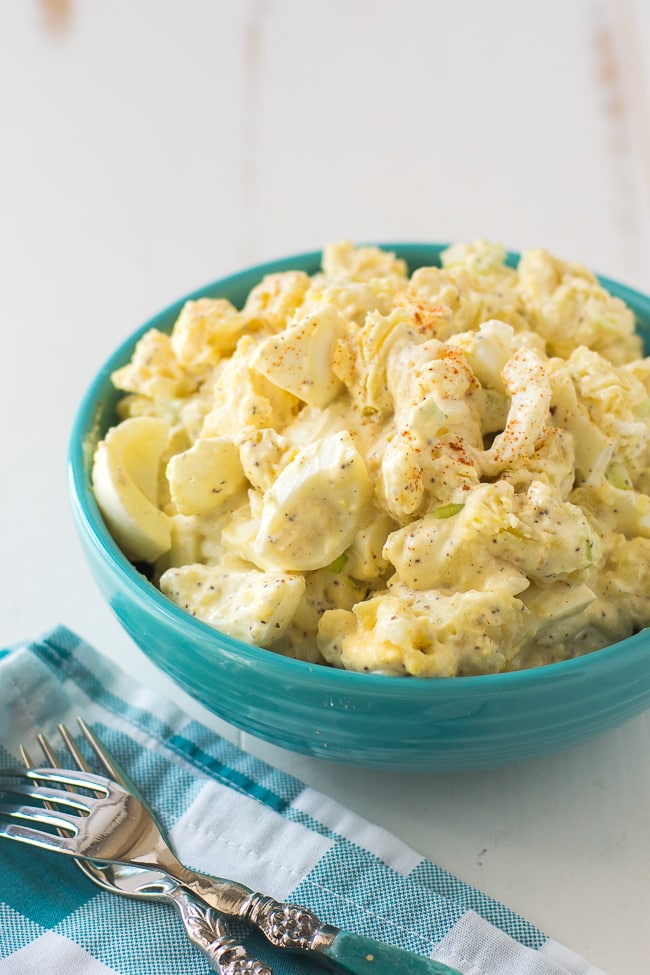 Here are the best information about celery seed in potato salad voted by readers and compiled by Family Cuisine, invite you to learn

Top 10+ how to make rice in a microwave