how to make alfredo sauce with greek yogurt | Family Cuisine 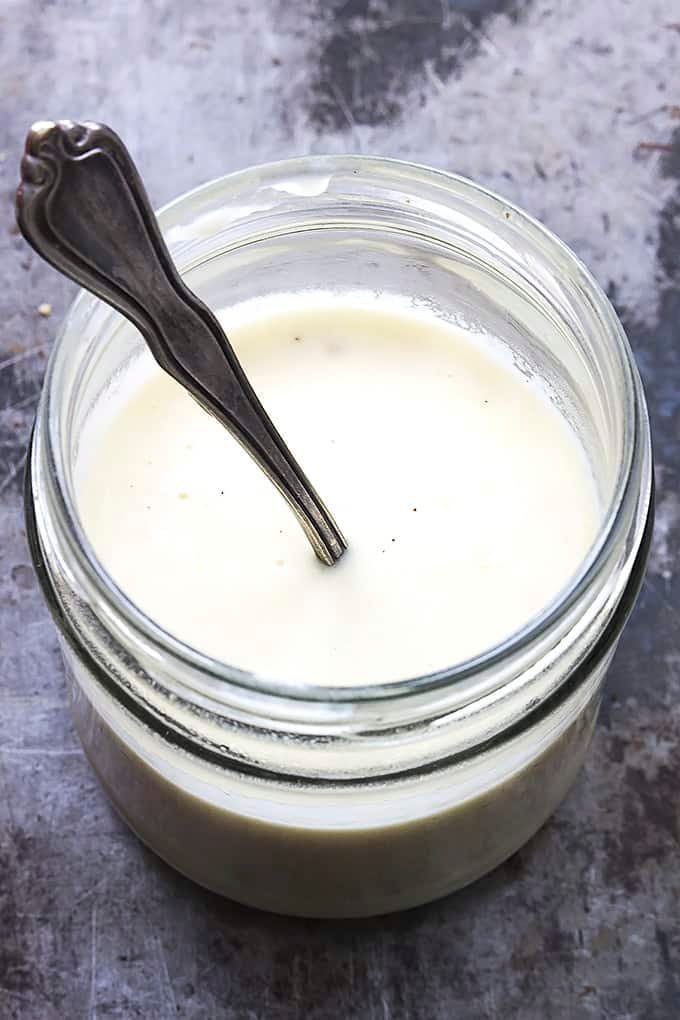 When I first posted this recipe, I was in school. As in, college. Can you believe that? It seems like 20 years ago. I can’t believe I was finishing up school AND keeping up with this blog. I’ve always been like that though, go, go, go!

I used to do upwards of 12 recipes a week and still go to school. I wish I had that energy now! Omg. Just thinking about it makes me want to take a nap. 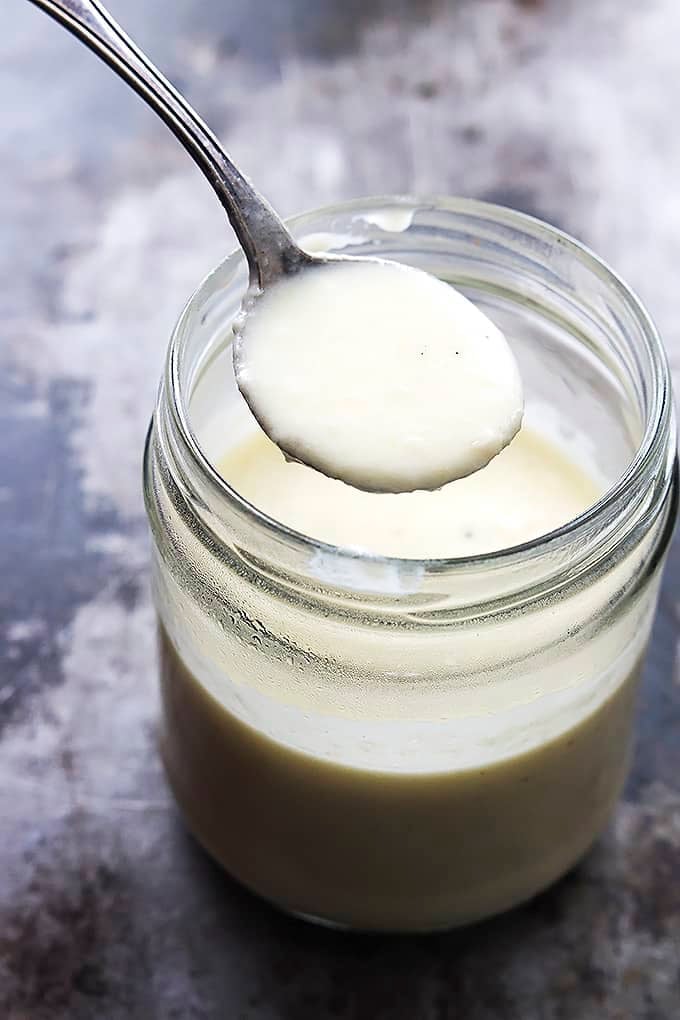 But, looking back on that time is a good thing for me to do once in a while, as it makes me realize how much I loved putting together a simple recipe, even waaaaay back then. Like many of us back then (and, okay, now too), I lived on carbs. I always had a bowl full of cooked pasta in the fridge and some homemade sauce ready to add to it at a moment’s notice, like this Greek Yogurt Alfredo Sauce. 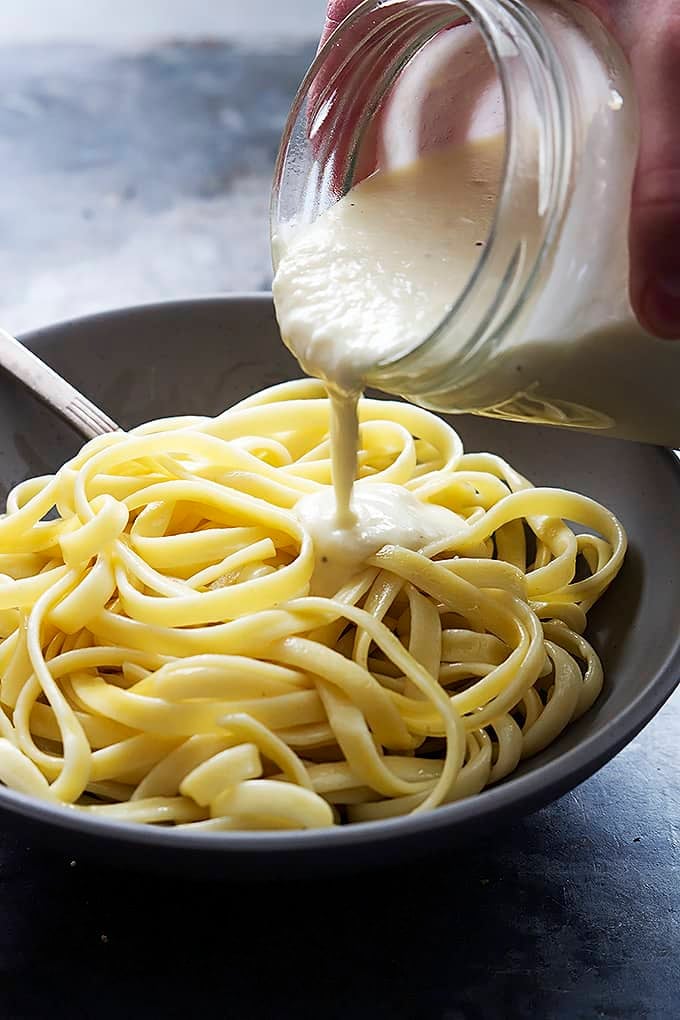 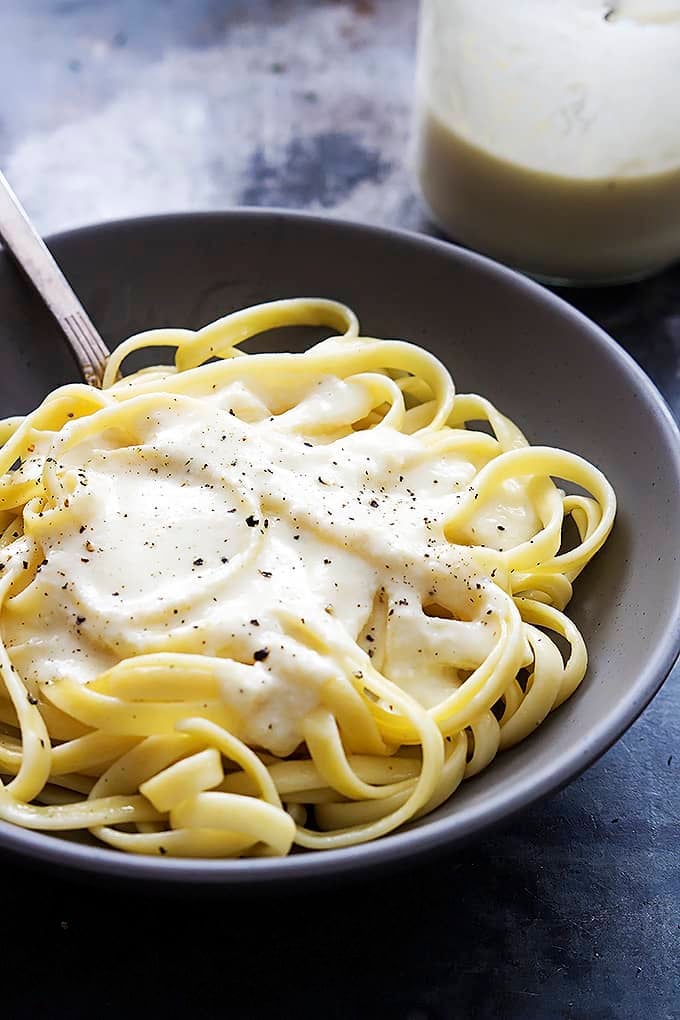 When I worked it into this alfredo sauce recipe, I was instantly hooked. So creamy, so much flavor, so much goodness on top of any pasta you desire. Stop buying the jarred stuff and make some of this gorgeous sauce at home. You. Will. Love. It. 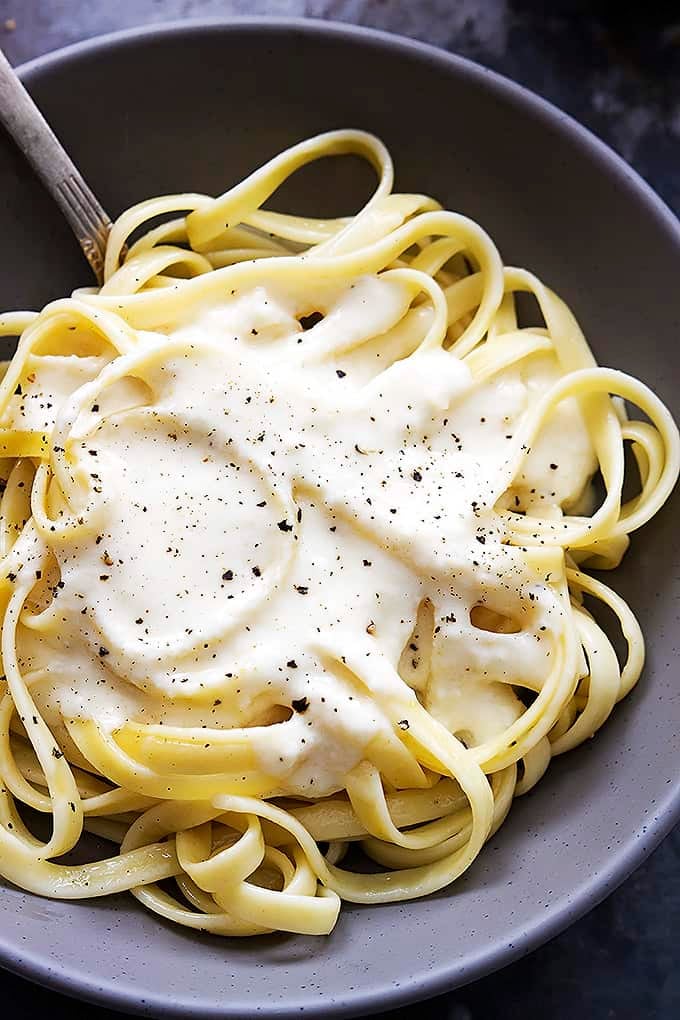 WHAT INGREDIENTS DO YOU NEED TO MAKE ALFREDO SAUCE WITH GREEK YOGURT?

You only need 5 ingredients to make this sauce! 5! Amazing, right?

HOW DO YOU MAKE ALFREDO SAUCE WITH GREEK YOGURT?

Making sauces with Greek yogurt is easier than you might think.

In a medium saucepan, first melt the butter over medium heat. Then stir in the garlic powder, then add milk or water and stir again. Take it off the heat and allow it to cool for about 2-3 minutes, then whisk in the Greek yogurt a little bit at a time until it’s fully incorporated.

Next, add the parmesan cheese into the sauce and stir until that’s all melted and the sauce if smooth and creamy. (If it needs to be heated up a bit for all the cheese to melt, it’s okay to put the pan back on the stove on low until it’s all melted.) Add salt and pepper to taste and add on top of your favorite cooked pasta noodles. That’s really all there is to it!

HOW DO YOU STORE GREEK YOGURT ALFREDO SAUCE?

As I mentioned, I like to keep a jar of this sauce in the fridge just in case an alfredo craving hits. I store mine in an airtight jar, but any airtight container will do. The sauce will thicken as it sits in the fridge, but you can add a tablespoon of water or milk and microwave it to heat/thin it back out before pouring over pasta.

WHAT IS THE DIFFERENCE BETWEEN REGULAR AND GREEK YOGURT?

The straining process for regular yogurt is much less frequent — only one or two strainings there which is why it’s more creamy and less thick. The more concentrated the yogurt is, the more protein it contains, which is why Greek yogurt is such a great source of protein.

Alfredo sauce goes great over pasta, and so many other things, too, like: 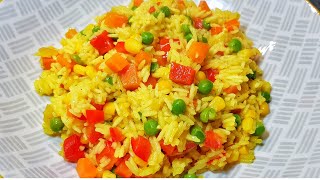 Below are the best information about vegan pilaf rice voted by readers and compiled by Family Cuisine, invite you to learn