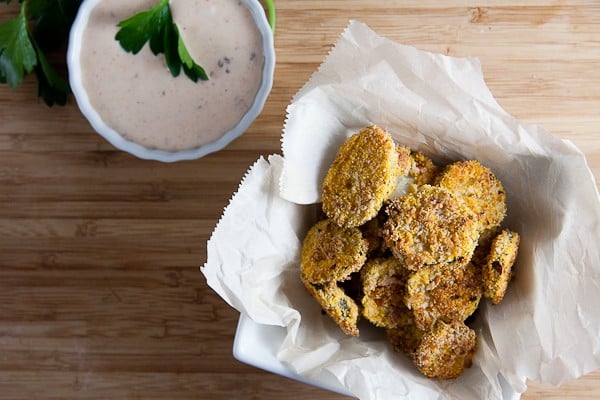 At our office holiday party earlier this week, the conversation somehow turned to “weird” food – it might have had something to do with the fact that we were sitting there eating pizza topped with apple butter and bacon, I don’t know. Anyway, we ended up on the topic of fried pickles and how they’re basically life-changing.

I’ve been wanting to try a baked version for a while so I figured I’d give it a go. These came out great! They’re super crispy, with a zesty cornmeal breading that thickly coats the thick, vinegary pickles. The only indication they give that they’re baked instead of fried was that they’re not the least bit greasy. For dipping, I made a great, low-fat southwestern ranch sauce.

These pickles easy to make, and didn’t require any ingredients that I didn’t already have in the kitchen. If you’re still looking for a crowd-pleasing appetizer to bring to a Christmas or New Year’s party, there would be a great choice. 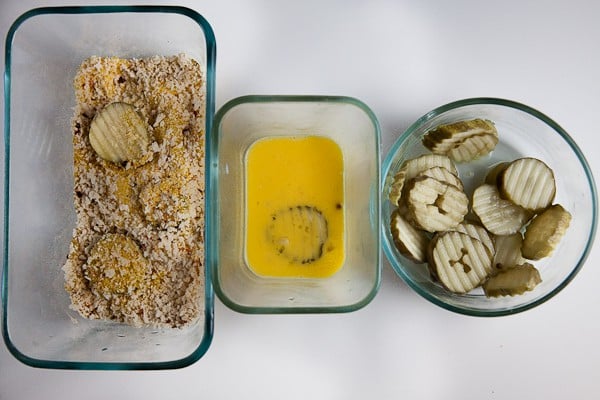 Let’s talk a little more about the sauce though. As it happens, my sudden desire to make frie pickles was pretty well-timed. If you follow me on Twitter, you may have seen my tweet the other day about how I was working on a recipe for a client and accidentally used the wrong product.

That client was T. Marzetti Company – you might remember that I worked to develop some recipes with their Marzetti Simply Dressed salad dressing last year, and I’m happy to be working with them again. Anyway, I made a GREAT recipe using my all-time favorite dressing, their Ginger Sesame and was getting ready to post it when I pulled up my contract and realized it wasn’t on the list that I was supposed to use! Apparently that dressing isn’t distributed nationally, so they prefer not to focus on it. I had to come up with another idea for them, but was having a really difficult time with it. This ended up working out perfectly.

Over the past year, Marzetti has added some new dressings to their Simply Dressed line, including a few lighter options. I used the Simply Dressed & Light Ranch to form the base of my dipping sauce, which was inspired by the southwest dipping sauce served at Buffalo Wild Wings. While it’s not an exact match and definitely isn’t as spicy as theirs, it’s pretty darn good, and I loved that it was low fat! 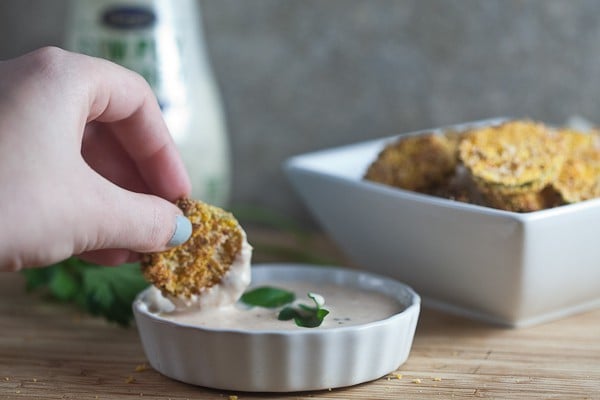 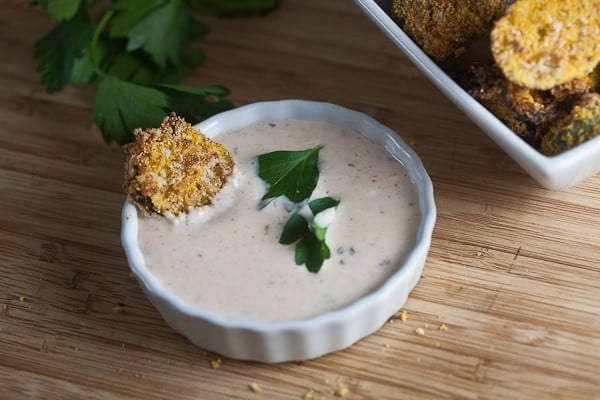 This post was brought to you in partnership with Marzetti Simply Dressed Refrigerated Salad Dressings. I was compensated for my time commitment to the program as well as my writing about my experience. I have also been provided products for review. However, my opinions are entirely my own and I have not been paid to publish positive comments.

When do you put potatoes in crock pot with roast

Slow cooker beef roast with potatoes and carrots is an easy, no-fuss meal that the…