Chao Fan is a Filipino Chinese fried rice dish prepared with day-old left-over rice stir fried with meats like pork together with vegetables like spring onions, green peas and corn.

Don’t be confused with Chao Fan and Chow Fun because one is made with fried rice and another is made with rice noodles, we are making the fried rice today and not the noodles, just to be clear. Chao Fan or Chaofan is a popular dish in the Philippines it is also the most common dish in China, basically it is prepared with day-old left-over rice stir fried with meats like pork, chicken and shrimps cooked together with vegetables like spring onions, green peas, corn and carrots. There are no rules on what ingredient goes in as long as you have the following staples such as at least a day-old rice, meat, spring onions, vegetables and egg.

In the Philippines perhaps the most popular one is the Chowking’s offering, it’s a sought-after menu item that many Filipinos consider as a comfort food. They really make a mean fried rice, it’s all in one, it’s quite tasty and it has a bit of zing that makes you want to eat more. I tried this many years ago and I did liked it, it’s quite targeted to Filipino palate because it’s a bit on the salty side, unlike the Chaofan’s I tried in Malaysia, Hong Kong and China which is a less salty and focuses more on the flavour of meats, vegetables and other spices 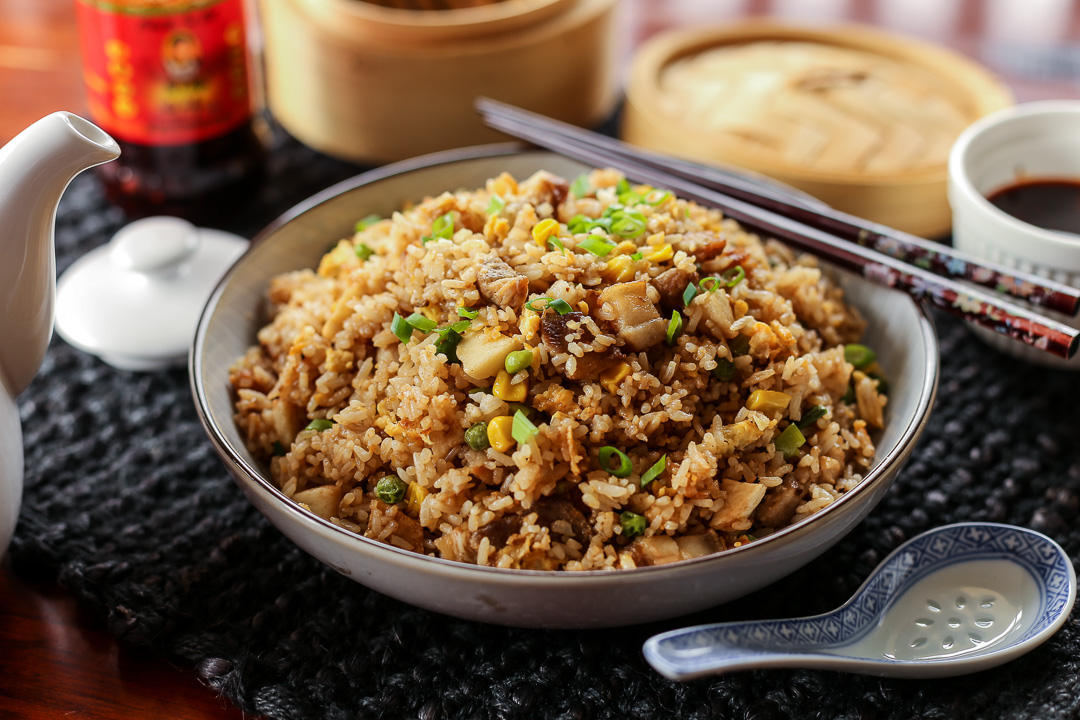 Now since I am far away from any Chowking I tried to make my own at home since I left the Philippines and with many trials and attempts, I am proud so say that I had improved on the recipe which probably is better than the fast-food offering, at least for me. I will let you verify that by trying the recipe below and letting us know.