Home  »  Pickles  »  how to make deli style pickles at home

This year was the inaugural season for our garden! We purposely planted dill and pickling cucumbers with the hopes of being able to harvest and can homemade pickles. Well, we have dill and cucumbers coming out of our ears! We’ve been working hard on creating the best pickle recipe and I think we hit it out of the park with our NY Deli Style Homemade Pickles!

Reading: how to make deli style pickles at home

The “pickling” in this style is from lacto-fermentation of the cucumber by it’s native microorganisms while submerged in the brine. Sugars in the cucumber are transformed into lactic acid. Lactic acid is responsible for the sour taste (the same taste found in yogurt and sourdough breads). Over time as the pH decreases, proteins are denatured by the lactic acid resulting in ever-mushier cucumbers. Eventually the pH drops far enough that the fermenting microorganisms can no longer reproduce thus preserving the cucumber and stopping full spoilage. Unfortunately, this point comes a while after the cucumbers become too soft to be edible.

There is no additional acidification or cooking which allows the cucumber to stay crisper longer, although if left in the solution for more than a couple weeks these will become soft and mushy as well. This method is not appropriate for long term preservation.

Read more: How to Make Pickles With or Without a Canner

Clean the jar thoroughly, can sterilize with boiling water if desired.

Inspect cucumbers and make sure stem if fully removed. Some suggest cutting the tip off the flower end stating that there is a substance in that end of the cucumber that can soften the pickle. Alternatively, adding grape leaves appears to achieve the same result through their tannins.

Wash hands with antibacterial soap. Clean the cucumbers thoroughly under cold water using only hands to rub/scrub. Then run cold water on cucumbers for 10 minutes.

Place spices and garlic in the bottom of the jar. 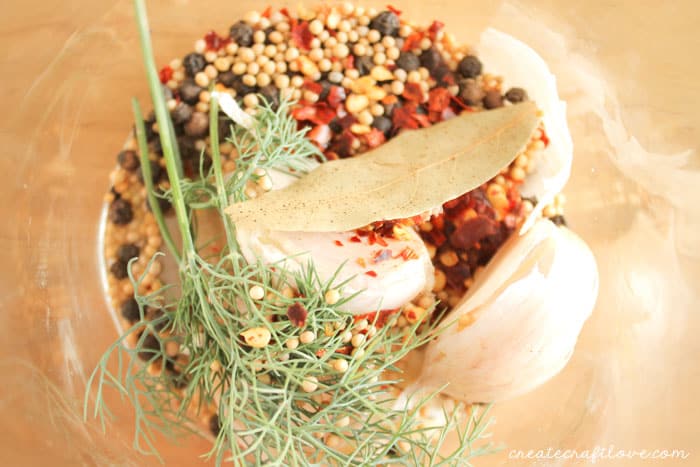 Pack the cucumbers tight with with some dill on bottom and top. 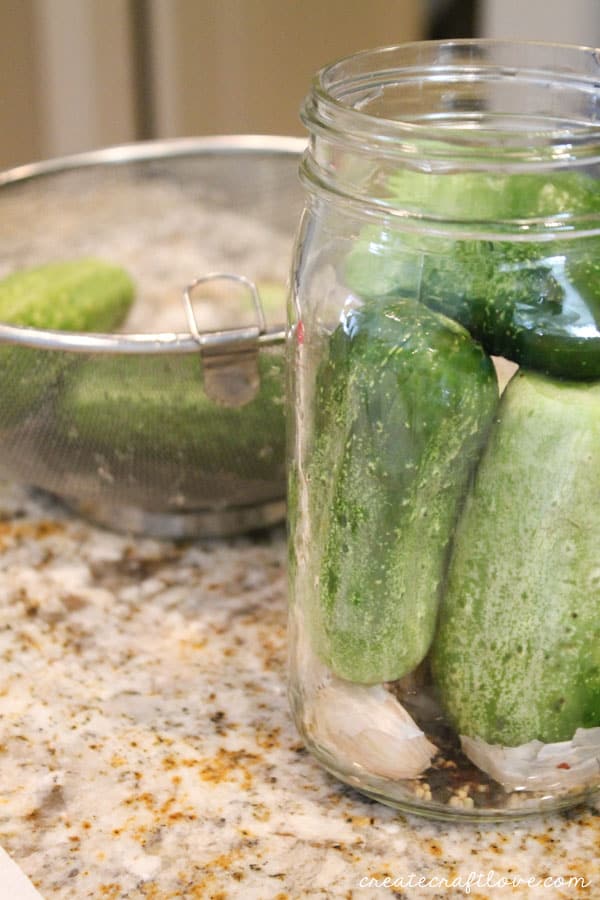 Read more: how to make pickles in a barrel | Family Cuisine

Fill the jar with brine, keep your extra brine in the refrigerator to add to the jar as needed.

This is a fermentation process therefore gases will be produced. One might then correctly deduce that sealing tightly is a no-no to avoid making a pickle bomb. Cover with 3 layers of cheesecloth or a lid with valve. Some simply poke holes into a standard lid.

As fermentation continues make sure to remove any scum that may develop on the surface of the water. Additionally, if the brine turns cloudy this can indicate contamination. You should replace with fresh brine or discard that batch if this happens. 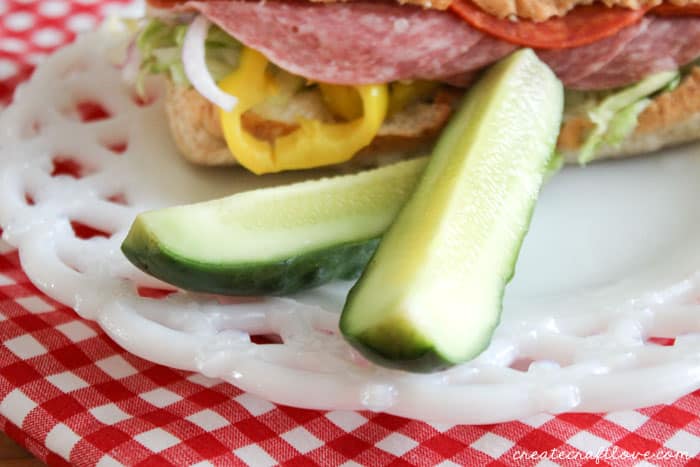 These pickles are full of flavor and crunch! They are the perfect addition to any sandwich or meal!

Read more: How to use a Pickling Crock: the Art & Science

How to Pickle Vegetables without Vinegar – A Guide to Lacto-fermentation