This homemade duck sauce recipe is fresh, preservative-free, and you can customize it to your own tastes. Best of all, it’s made with real ingredients, no high fructose corn syrup, and much more flavor than those little packets!

Chinese duck sauce, hot mustard, a bowl of crispy fried noodles, and a pot of hot tea were always served when guests were seated at the Chinese restaurants I worked at in the 80s, and I worked in many of them. For takeout/takeaway orders, we threw a few packets into the bag.

We have shown you how to cook many of your favorite Chinese restaurant dishes. But what about making your own condiments? In this recipe, we’ll show you exactly how to make duck sauce at home. 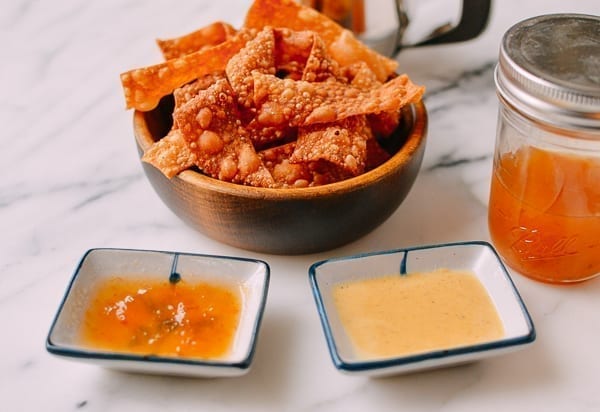 What is Duck Sauce?

Duck sauce is a condiment popular in Chinese-American takeout restaurants, often served with fried items such as egg rolls, crab rangoon, or wonton strips/fried noodles. It’s usually a thin, jelly-like consistency, orange in color, and has a sweet and sour flavor that contrasts with those savory fried flavors.

There are different variations of duck sauce served in restaurants and sold in jars at grocery stores. Some common ingredients include plums, apricots, peaches, sugar, vinegar, and salt.

But if you ever look closely at the ingredients on a duck sauce packet, you’ll see why you’d want to make your own! Lots of high fructose corn syrup, artificial coloring, and preservatives.

Why Is It Called Duck Sauce?

There are different stories about the name “duck sauce.”

Some say that the sauce was served with deep fried pressed duck, also known as wor shu opp in Cantonese.

The name may also have been derived from a traditional Chinese sour plum duck dish (one of my all-time favorite childhood dishes), as it also has a sour plum flavor.

Whatever the origin, the name stuck, and it became the go-to sauce to serve with fried food.

Is It the Same as Plum Sauce?

Wah Yoan doesn’t have a direct-to-consumer product or brand that I know of, but plum sauce brands like Koon Chun make a product that’s quite similar.

That said, I think it’s best to make your own duck sauce at home!

What Do People Eat with Duck Sauce?

Duck sauce is served on the side with fried and barbecued dishes like:

But I have seen people put dollops of duck sauce and hot mustard onto their pork fried rice and even on their shrimp with lobster sauce!

In a small bowl, mix the sugar and hot water until the sugar is dissolved. Add the apricot preserves.

Mix everything together with a fork until the duck sauce is well-combined. Let the sauce sit for 5 minutes and mix again. 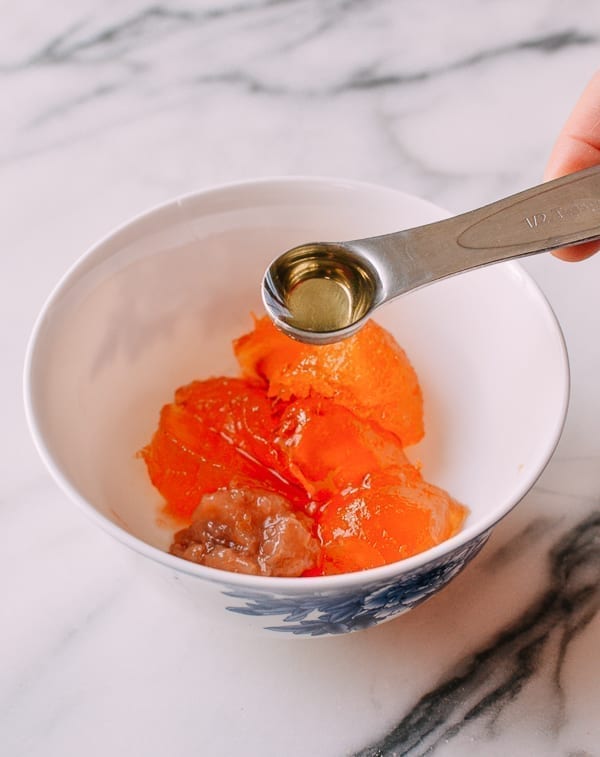 This salted pickled plum is a secret key ingredient that most recipes you see on the internet miss! It makes a huge difference in taste and and gives our duck sauce recipe its authentic flavor. 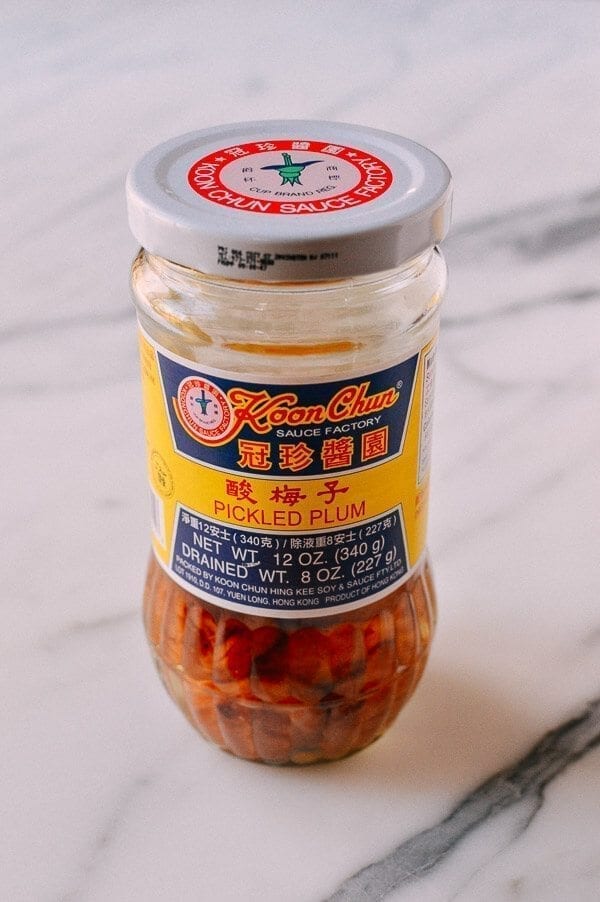 Feel free to adjust this duck sauce recipe to your own tastes.

Add more sugar or apricot preserves if you like the sauce sweeter. Add more rice vinegar if you like your sauce slightly tart. Thin it out further with a little bit of hot water if you’d like a thinner consistency! 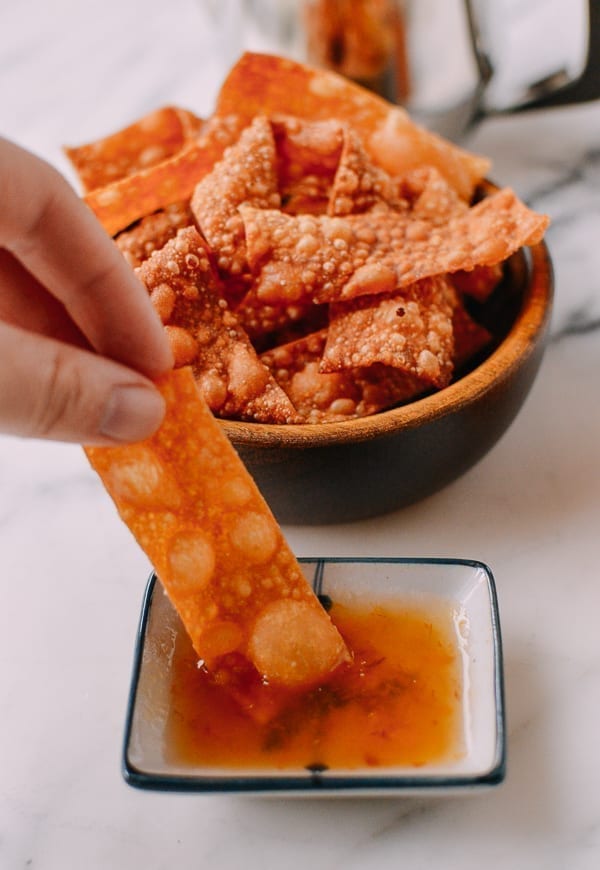 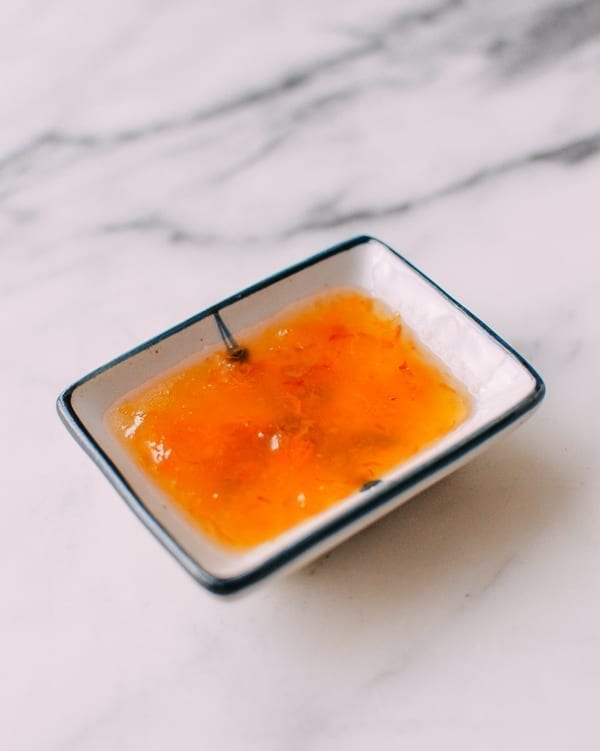