Low sodium soy sauce is a good option for those watching their salt intake. It’s also good for certain recipes where a lot of soy sauce is used for braising, and you want more control over salt levels.

But how is low sodium soy sauce made? How much lower is the sodium content when compared with regular soy sauce? We’ll cover that and more in this quick article.

What Is Low Sodium Soy Sauce?

Generally, low sodium soy sauce is soy sauce that has had about 40% of the salt removed after brewing.

In other words, if a regular soy sauce has about 1000mg sodium per tablespoon, the low sodium stuff has about 600 mg.

Keep in mind that there are both Chinese and Japanese low sodium soy sauce brands. For Chinese cooking, try to find a low sodium version of a Chinese soy sauce. 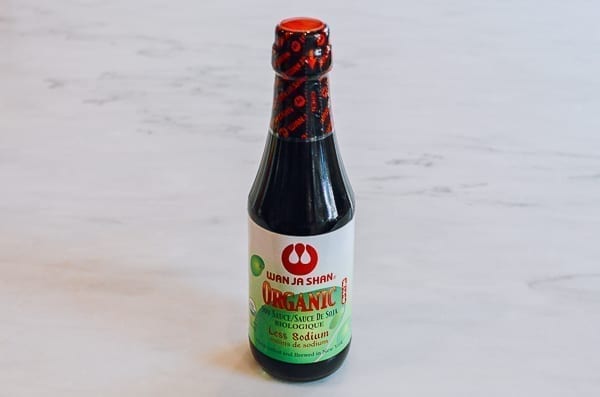 Some brands use the term “light” or “lite” to refer to their low sodium soy sauce products.

How Is It Used?

Low sodium soy sauce can be used interchangeably with light soy sauce; Your dish will simply contain less sodium and be less salty.

We recommend using it in certain dishes where a lot of soy sauce is required to braise meats and/or make a sauce. This way, you can get the deep flavor of soy sauce while keeping the dish from becoming too salty.

A good example is Chicken Adobo, a Filipino braised chicken dish that can call for 1/2 cup or more soy sauce. Low Sodium Soy Sauce is crucial to making a flavorful Chicken Adobo with a rich color that also isn’t too salty. 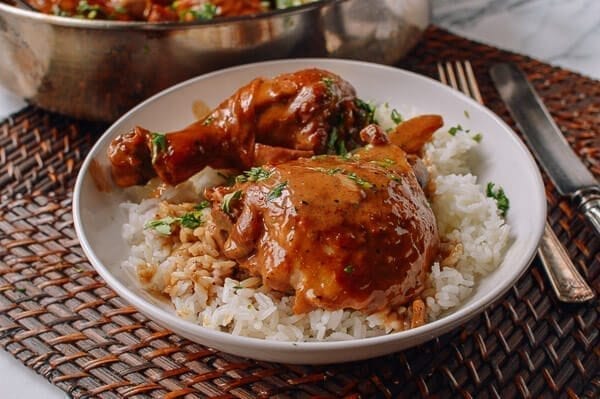 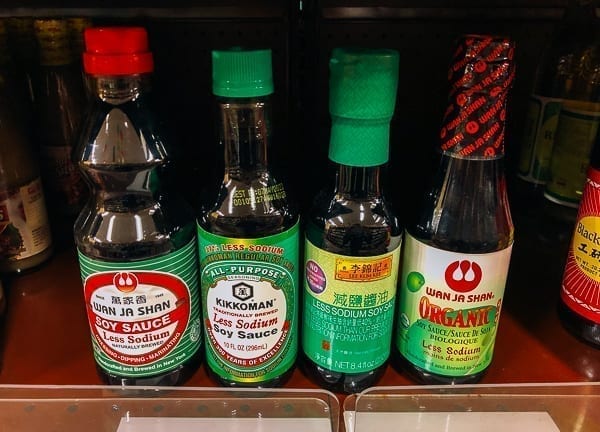 Kikkoman is probably the most recognizable, with its green label and constant presence in sushi restaurants across America. But if cooking Chinese dishes, try looking for a Chinese brand.

You can find low sodium soy sauce in any Asian grocery store and even some mainstream supermarkets. You can also find it online.

Store low sodium soy sauce like any other soy sauce, in a cool, dry place like the pantry. No need to refrigerate.

Our Favorite Dishes That Use This Ingredient:

If you have further questions about low sodium soy sauce, let us know in the comments-we try to answer every single one.

Winter is coming, and meaning one factor! It is time to get stewing. Nothing fairly…