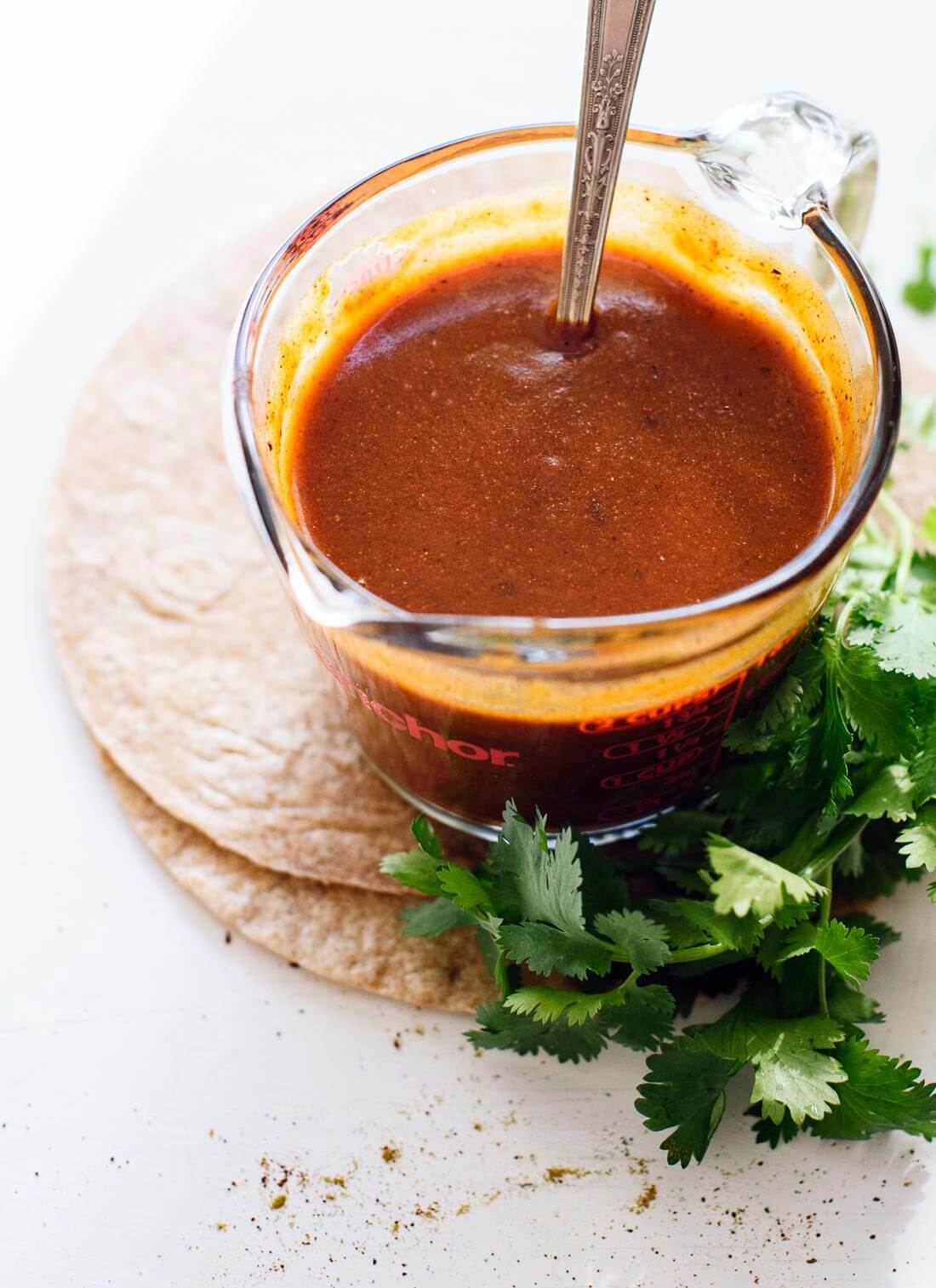 I’ve been working on my enchilada game lately, for both the cookbook and an upcoming enchilada recipe. There is an art to making great enchiladas, and the sauce is a key component.

I thought I’d share my tested and perfected enchilada sauce recipe today, in case you want to try it on your favorite enchilada recipe. It’s ready in under ten minutes, and I promise, it’s so tasty you won’t want to go back to the store-bought kind again.

When I developed my go-to sauce (first seen on my spinach artichoke enchiladas), I tried at least five of the top sauce recipes on Google, all with different ingredients and techniques.

I tried making sauce with tomato sauce, which tasted too raw and was kind of goopy. I tried making sauce with blended diced tomatoes, and it had the same issues. I tried sauce without any tomato ingredients, and it didn’t taste quite like the enchilada sauce I grew up eating, or the sauce at my favorite Mexican restaurants. I tried sauces made without any thickener (like flour or cornstarch), and they pooled at the bottom and turned my enchiladas into a soupy, texture-less casserole.

Finally, after some experimentation and cross-referencing with America’s Test Kitchen, I landed on the perfect enchilada sauce. Vegetable broth forms the base of the sauce, but it’s only added after you make a simple roux of flour and oil. You need a full three tablespoons of each to properly thicken the sauce. I tried making this sauce with a gluten-free flour blend and that worked great as well. 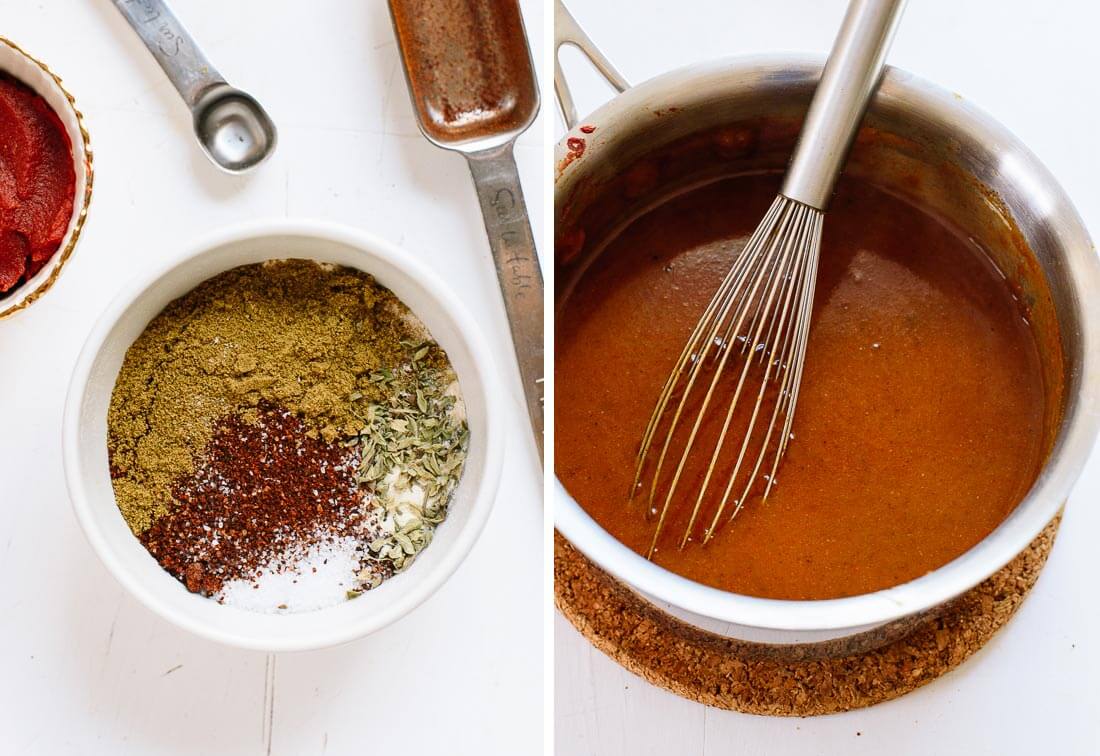 Four reasons to love this recipe:

I love this sauce and I’m confident you will, too, since it’s gotten rave reviews on my spinach artichoke enchiladas and veggie black bean enchiladas.

Please let me know how this recipe turns out for you in the comments! Your feedback keeps me going. 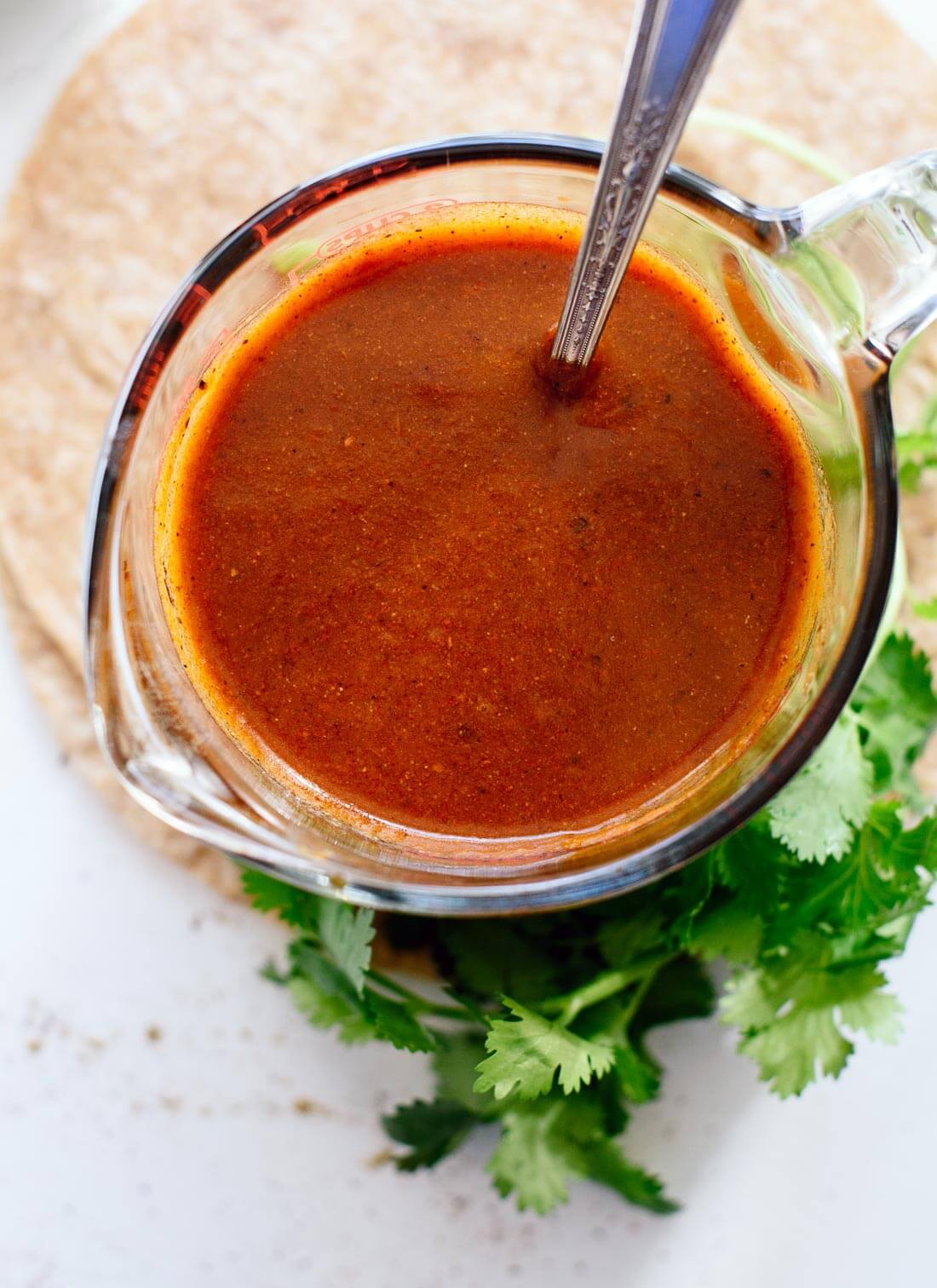 Watch How to Make Enchilada Sauce 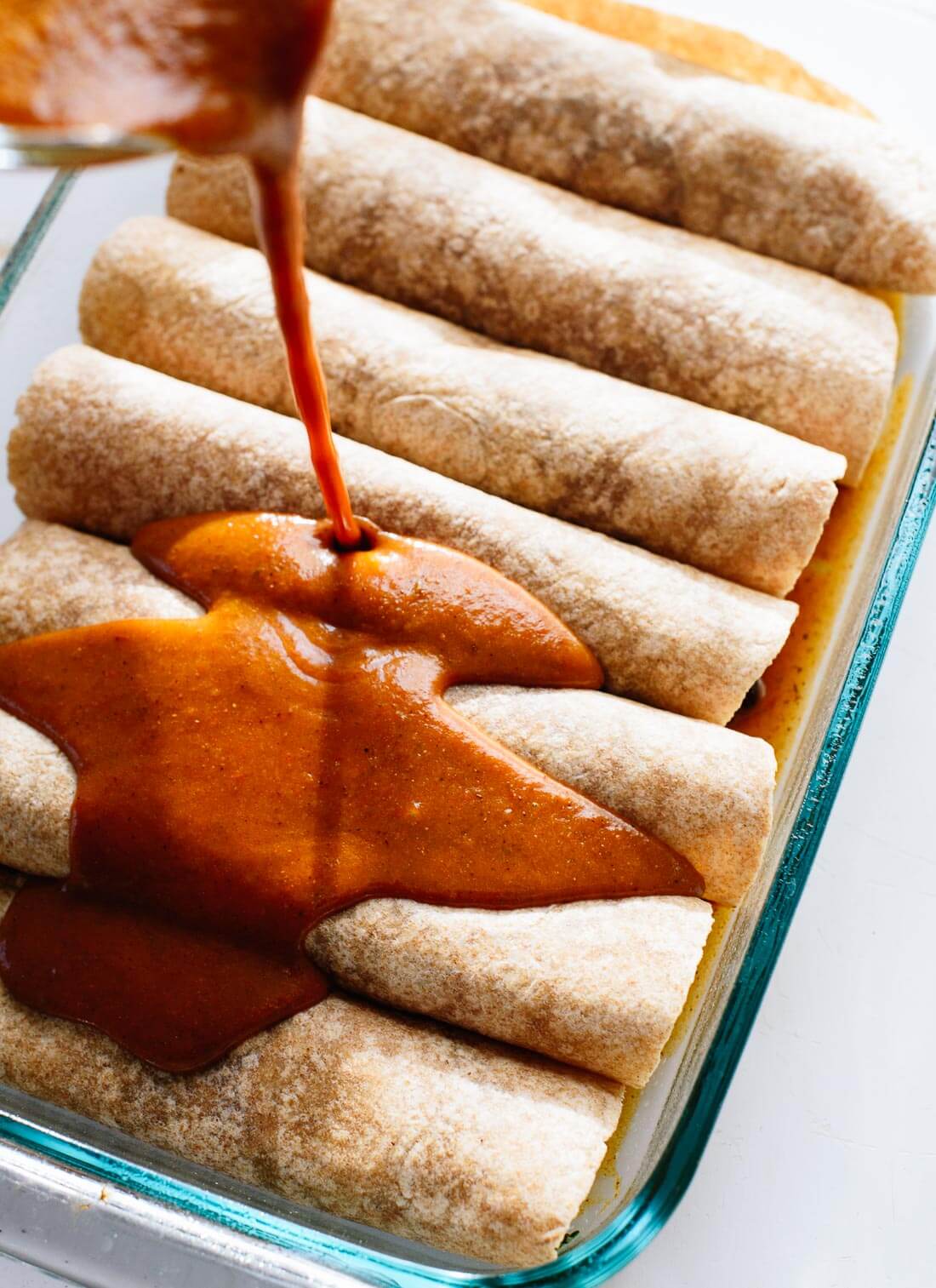 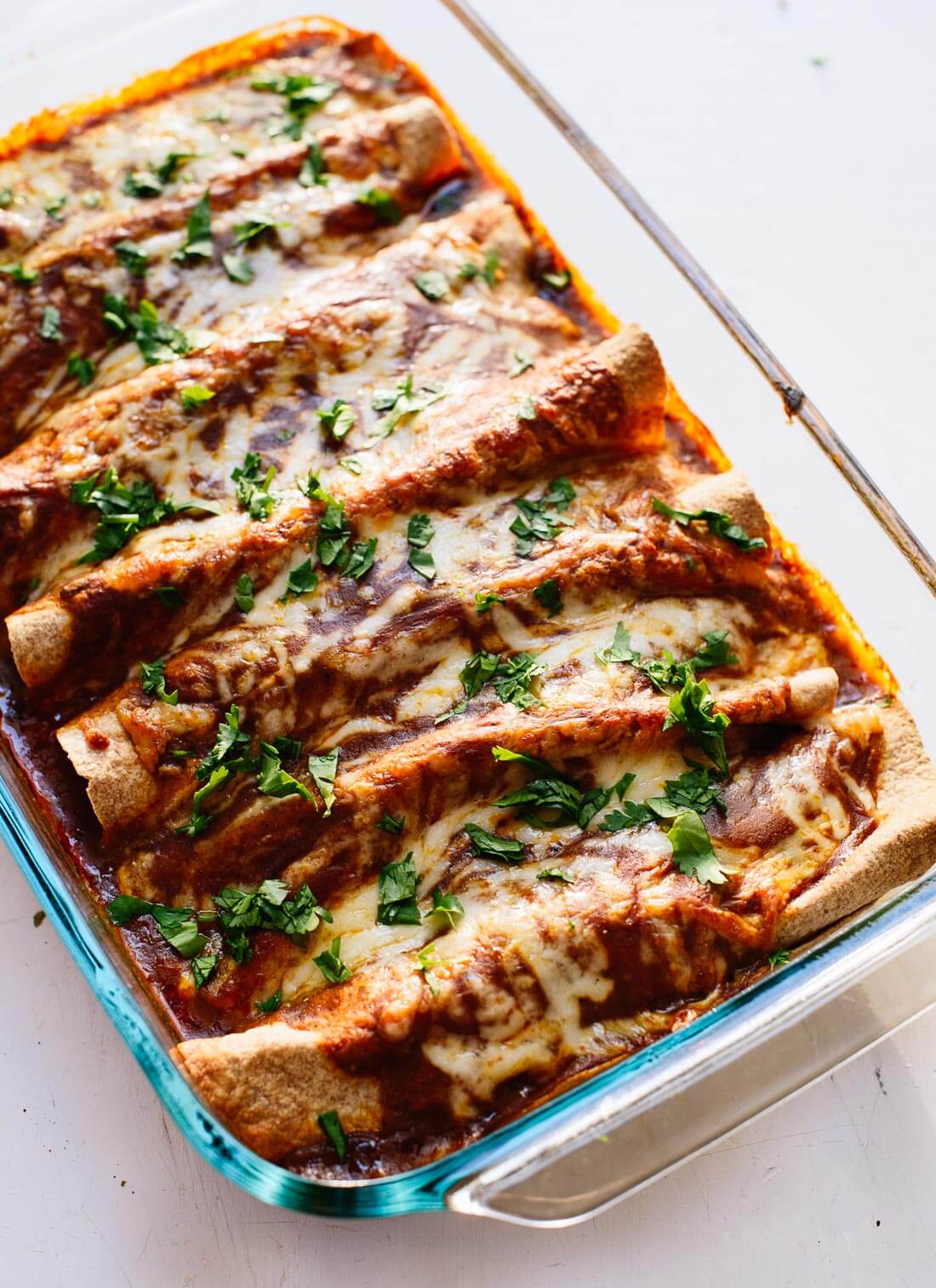