The Shaolin Temple diet is a balanced way of eating that can help you live a long, active and healthy life. It provides a simple and streamlined formula for preparing vegan macrobiotic meals with relative ease. Learn how to eat like the Shaolin monks, some of the fittest and healthiest people on the planet.

So who are the Shaolin monks, and what is the traditional Shaolin Temple diet?

Anyone remember the 1970’s television series, ‘Kung Fu’ with David Carridine? Kwai Chang Caine, the patient and soft spoken yet formidable character portrayed by Carradine, was known for his impressive skills in the martial arts.

He was a Shaolin priest who grew up in the Shaolin Temple. His teachers imparted many great wisdoms taken from the Tao Te Ching, and Buddhist teachings, including vegetarianism.

The Shaolin monks are world renowned for their amazing athletic abilities. They practice Shaolin kung fu, which appears to synthesize every skill imaginable to thrive as a human~ mentally, spiritually, physically, and energetically.

They have learned to harness qi ~ called ‘heaven’s qi’ to perform seemingly impossible feats, and are unsurpassed in their integration of strength, flexibility, endurance, agility and coordination.

The Shaolin monks that live in the temple are Chinese Buddhists, but incorporate Taoist teachings in their form of Shaolin kung fu. Taoism teaches us to live in harmony with nature in order to be well and thrive.

They adhere to the Buddhist teachings of not killing, and therefore eat a vegetarian diet. The Shaolin Temple diet also excludes alcohol, and stimulating spices or odiferous foods, such as the onion family of vegetables, garlic, and ginger. These are thought to entice the emotions.

Considering how many of them live in close quarters, and how much they work out, it makes sense that they would avoid certain foods that could otherwise get in the way of their spiritual practices. Our version of the Shaolin Temple diet is a little more liberal with these spices. 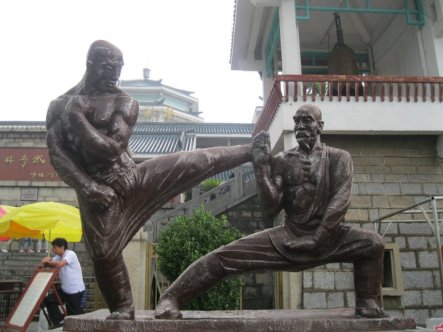 The Shaolin Temple diet is strictly vegetarian among those who have taken the monks vows and live in the temples. Many people have a belief that one has to eat meat in order to have the energy, endurance, or muscular strength required of elite athletes such as the Shaolin monks, or other martial artists or body builders.

Here is how Sifu Wang Kiew Kit of the Shaolin Wahnam Institute responds to this question:

“It is a common misconception among many people that eating meat is necessary for providing the energy needed in vigorous kungfu. In fact the reverse is more probably true. Traditional Shaolin monks were strict vegetarians, and there was no doubt that they were tremendously powerful. Why? Where did they get their tremendous energy? About 80% was from heaven chi, i.e. from the cosmos, and 20% from grain chi, i.e. their vegetarian diet.

A meat eater might get more energy from his grain chi, but as toxic waste from meat is more than that from vegetables, and as toxic waste clogs meridians along which heaven chi flows, his net energy gain will be less than that of a vegetarian, if both practise genuine kungfu, which includes chi kung, i.e. the art of energy management.” 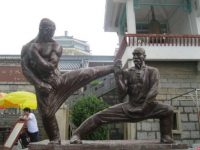 The Shaolin Temple diet consists of:

The Shaolin Temple diet focuses on a bean and grain congee made with added nuts, seeds, and dried fruit such as goji berries or Chinese dates, a protein- and veggie-rich lunch, and a simple, carbohydrate-rich dinner.

The Eight Treasures Congee is perfect fuel prior to their intensive training. The protein at lunch helps them remain fueled and focused for more training in the afternoon. A lighter carbohydrate-rich dinner is perfect for their evening of winding down, chanting, meditation, and early bed. 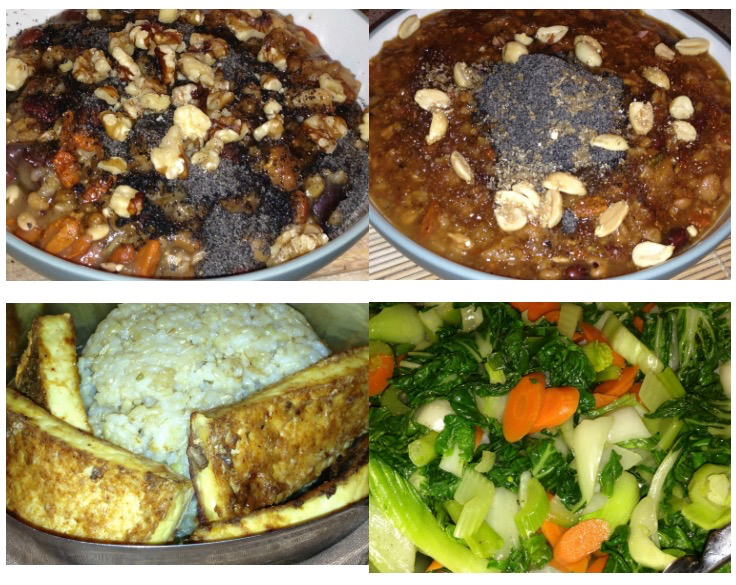 The specific ingredients and food-based herbal products are chosen according to their properties to restore balance to someone’s health, and are adjusted according to the seasons.

It is believed that regular consumption of this Eight Treasures Congee (the name is the same despite many varied recipes) is key for longevity. In deed, in regions where this is a traditional part of the diet, such as among the Shaolin, they live long, healthy lives.

The Shaolin Temple diet includes a big plate of tofu, rice and 5-6 types of vegetables for lunch. 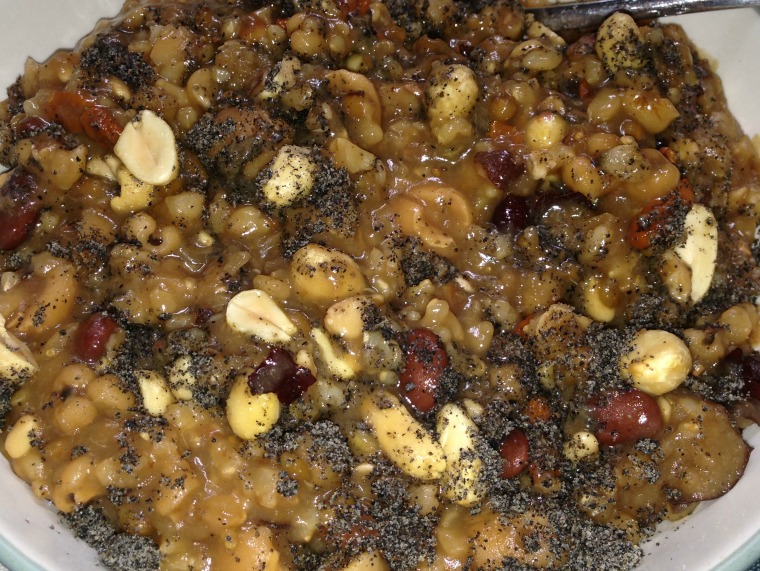 Juice of half a lemon 1 Tbsp. hemp oil (or XV olive oil, cold pressed sesame oil, or flax oil) 1 Tbsp. tahini 1+ tsp. real maple syrup ~2 tsp. naturally fermented, low-sodium soy sauce Cut veggies into even shapes, boiling the veggies in a pot with about 4 inches of water, and a pinch of salt brought to a boil. Bring back to a boil after immersing veggies, then scoop them out into a heat proof bowl. Continue until all the veggies are cooked. Some need only a quick dunking, some may take a moment longer.

Place ingredients for dressing in a jar. Shake.

Do a quick taste test and adjust with a dash of salt, more soy sauce, more lemon, or more syrup, as desired. Toss half with the veggies, save the rest for the next day. 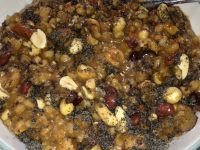 Dinner as part of the Shaolin Temple diet is light, and carbohydrate-rich.

This can be something like a simple meal of steamed sweet corn on the cob (great with ume plum and/or avocado rubbed on) and steamed organic russet potatoes (also good with avocado, or dipped in ketchup – plain, or with dijon mustard or nutritional yeast flakes); a noodle dish; or bread – 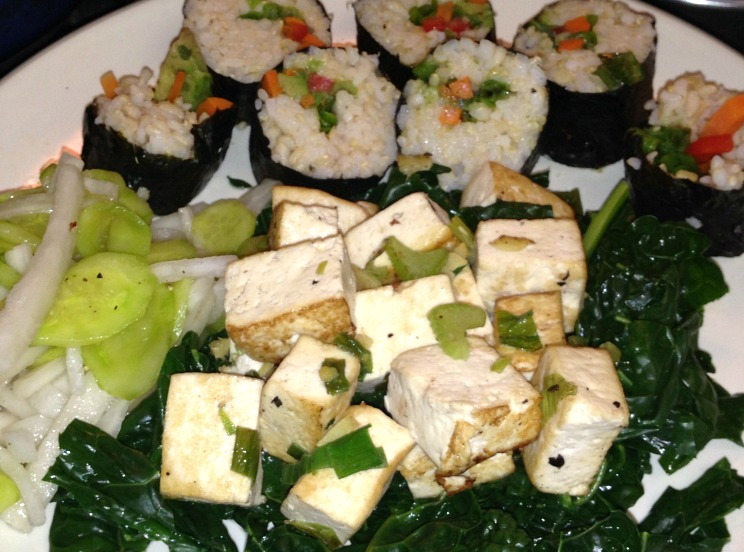