how to make the best spaghetti bolognese sauce | Family Cuisine

Everyone needs a great everyday Spaghetti Bolognese recipe, and this is mine! The Bolognese Sauce is rich, thick and has beautiful depth of flavour. It’s perfect for a quick midweek meal though if you have the time to simmer this Meat Sauce for a couple of hours, you’ll take it from seriously delish to OMG this is amazing!!

Serve it over pasta, stuff into jacket potatoes, make an epic Lasagna or Baked Spaghetti Pie!

We Aussies have a thing about shortening words. Good day is g’day. Pavlova is Pav, afternoon is arvo, mosquitos are mozzies. Sharon is Shazz, Nagisa is Nagi (that’s yours truly).

So it is thoroughly Aussie to shorten Spaghetti Bolognese to Spag Bol!

And here she is – my Spag Bol. Rich, thick, incredible flavour in the sauce even if you only have time for a quick 20 minute simmer. Though if you can slow cook for a couple of hours, it really takes it to another level!

What goes in Spaghetti Bolognese

I’ve been loyal to this Meat Sauce recipe since I first learned to cook when I was a teenager. There are 3 little things in this recipe that might be a bit different to Bolognese recipes you’ve seen around:

1. Worcestershire sauce: it just adds that little extra something-something. I get antsy if I get caught in a situation where I have to do without;

2. Beef bouillon cubes (beef stock cubes) for extra depth of flavour in the sauce, to compensate for this being an everyday midweek version rather than a traditional slow cooked Bolognese Ragu which starts with a soffrito (onion, celery, carrot slowly sautéed) as well as pancetta.

3. Sugar, if needed: just a little bit goes a long way to transform the sauce if you happen not to be using high quality, sweet Italian canned tomatoes. Supermarket canned tomatoes here in Australia are notoriously sour. Especially the Australian ones – it pains me so much to say that, but it’s true.

How to make Bolognese Sauce

The making part is straightforward and quite quick too:

Difference between Bolognese and Meat Sauce?

Different name for the same thing! You’ll find Bolognese made all sorts of ways all across Italy and all around the world, but essentially mince meat (usually beef, sometimes combined with pork or veal) in a tomato based sauce flavoured with herbs.

The “proper” way to serve pasta: toss with the sauce

As with all my pasta recipes, I include a step to toss the pasta IN the sauce, rather than just placing pasta in bowls and spooning over sauce.

This makes the Bolognese sauce emulsify, so it thickens, becomes glossy and clings to the spaghetti. No more watery sauce at the bottom of your pasta bowl! This is how chefs and Italians make pasta. Try it once, you will be converted!

But it is an optional step. Sometimes, you just don’t have the energy to clean yet another pan. I hear ya. 🙂

What to serve with Spaghetti Bolognese

For a classic Italian feast, serve this with:

For a super quick side salad option, make this Rocket Parmesan Salad with Balsamic Dressing. Probably my most made side salad because it’s literally a 2 minute effortless-no-chop salad!

This recipe is the way I have been making Spaghetti Bolognese for decades (gosh it’s scary saying that!!). I really love it, and I think the sauce is rich and loaded with flavour, especially for a 30 minute Bolognese recipe.

Though if you have the time, slow cook it for a couple of hours. The flavour develops and the meat becomes so luxuriously tender.

Also read: how to use dark soy sauce | Family Cuisine

Either way, I hope you love it as much as I do! – Nagi xx

Originally published August 2016. Updated with new commentary, new photos and most importantly, recipe video! No change to recipe – I wouldn’t dare! Too many readers love it as it is. 🙂

You know those muddy looking ponds on golf courses? He loves ’em 😖 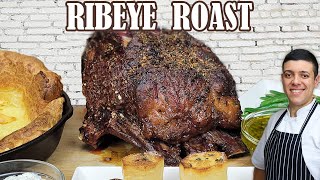 Here are the top best standing rib roast side dishes voted by readers and compiled by Family Cuisine, invite you to learn

Top 10+ save a lot salad dressing

Top 9 how to make pot roast in crock pot