Who needs an open fire to roast chestnuts? You can do it yourself using your oven! Roasting and peeling chestnuts is a relatively simple process. Homemade roasted chestnuts will fill your home with a wonderful aroma- they smell like the winter holidays! 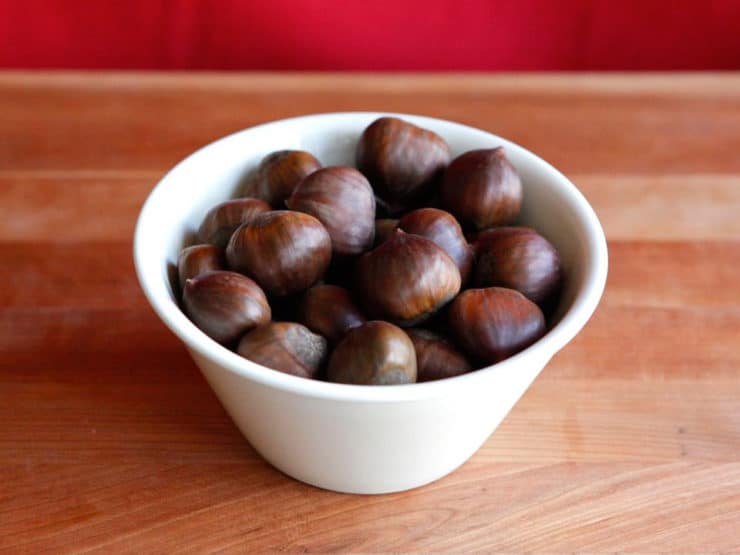 Did you know that chestnuts are sometimes referred to as the “bread of the mountain”? This is because, unlike other fatty tree nuts, chestnuts are much higher in carbohydrates. In northern Italy, before the arrival of corn, ground chestnuts were a key component in making polenta. In early 19th century America chestnuts were very common; so common, in fact, that farmers would allow their pigs to fatten up by eating the extra chestnuts that had fallen to the forest floor. The high quality lumber produced from chestnut trees was often used in furniture making and construction. During the first half of the 1800s a blight that arrived with Asian-imported trees nearly wiped out the American chestnut. Those trees were eventually replaced with heartier and more resistant chestnut trees, which are the type we see most often today. Chestnuts are now viewed as more of a seasonal holiday luxury. If you’ve ever traveled to New York City, you’ve surely noticed the sweet smell of chestnuts being roasted and sold by street vendors. It’s intoxicating!

If you would rather not go through the work of roasting and peeling your own, you can generally find pre-roasted and shelled chestnuts at major supermarkets and gourmet shops. Keep in mind that roasted chestnuts are best eaten right away, as they mold and spoil fairly quickly. NOTE: edible chestnuts are very different from horse chestnuts (commonly found in back yards), which are terribly bitter and toxic. Only use edible culinary chestnuts for roasting!

Read more: how to use boiled chickpeas in salad | Family Cuisine 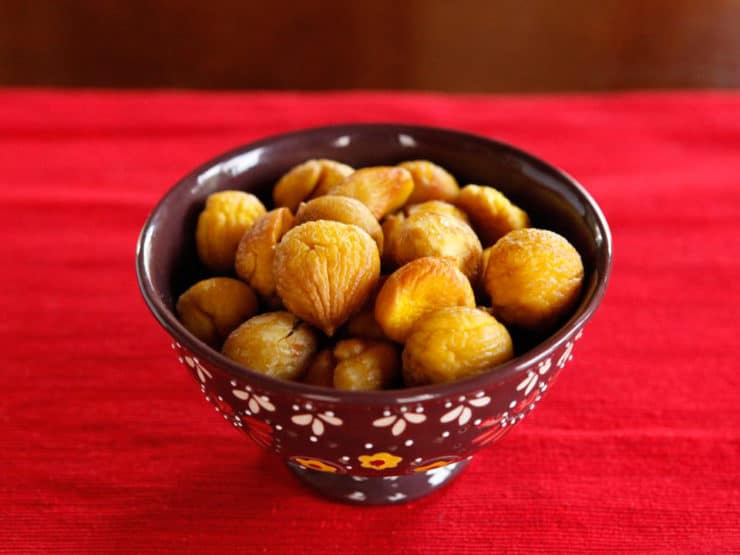