Gosari namul is a traditional Korean side dish made with edible fern known as fernbrake or bracken fiddleheads. It is seasoned with soy sauce and minced garlic among other things and has a meaty texture. It is commonly served in traditional bibimbap! 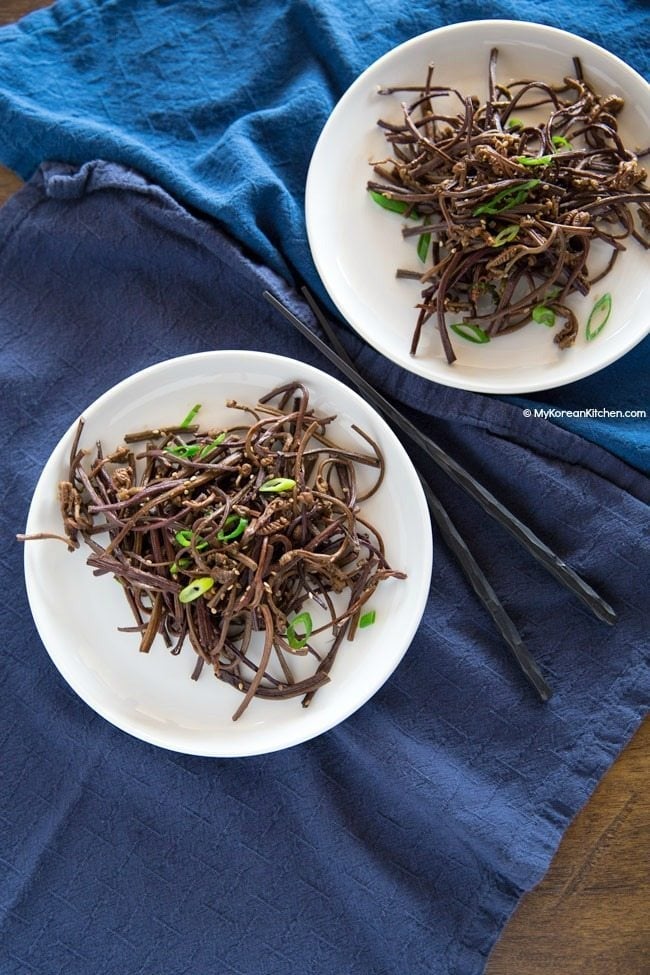 Reading: how to stir fry fernbracke for bibimbap

Gosari / Kosari (고사리) is the young stem of fernbrake (or fiddlehead). It is commonly used to make a side dish or soup / stew (e.g. yukgaejang) in Korean cooking.

You can get dried fernbrake or ready to use fernbrake (e.g. boiled and frozen fernbrake) from a Korean grocery store. Though it is much easier to find dried fernbrake, as frozen ones are not always available. It is also more expensive. 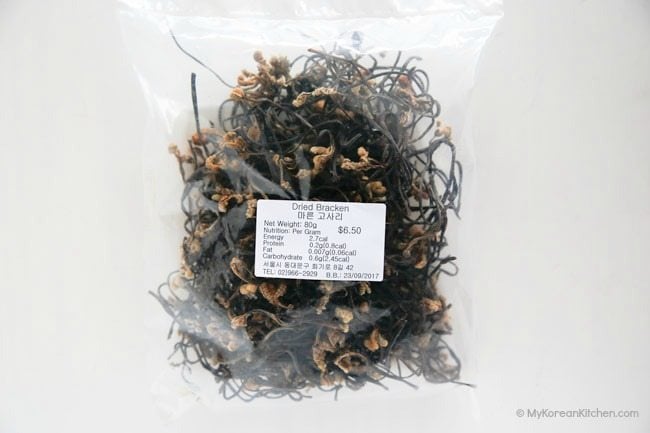 The above dried gosari package weighs 80 g / 2.8 ounces and I normally hydrate them all in one go even though my recipe below is made with about half of the hydrated gosari.

For the part that I do not use straight away, I simply put them in a plastic bag and freeze them after boiling and cooling it down. You can use the remainder to make more gosari namul later or use it in soup or stew.

I don’t know what raw or ready to use gosari tastes like as I’ve only tried it in a finished form such as today’s recipe – Gosari Namul.

Gosari namul is a great vegetable side dish to make. As an indication, it is a very common side dish at a Korean dinner table. (It feels like I had it almost as often as kimchi growing up.)

On a side note, there is some controversy whether it is even safe to eat gosari / fernbrake / fiddleheads or not. This was surprising! I’ve been eating this all my life (30+ years) and only just discovered the potential danger. 😆

Anyway, if you’re interested, you can read about the controversy from here. But, I think the Korean way of preparing and cooking the fernbrake makes it “safer” to eat. (This is not medical or health advice. Seek your professional advisor’s opinion if you’re too concerned.) Enjoy! 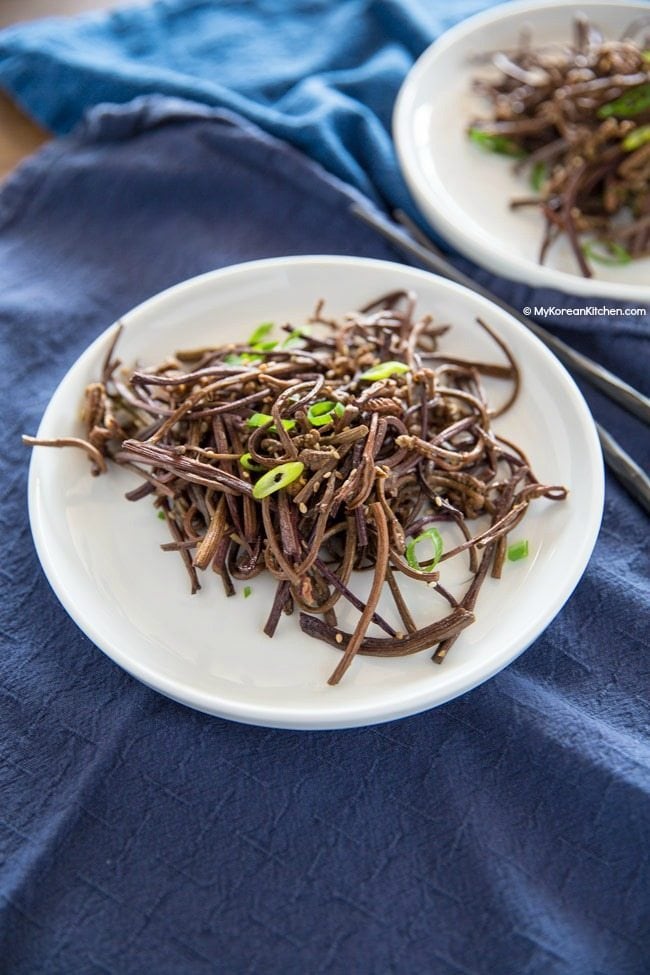 Ingredients for Gosari Namul, serves 6 to 8 as a side dish

Seasoning (Mix these in a bowl)

How to Make Gosari Namul 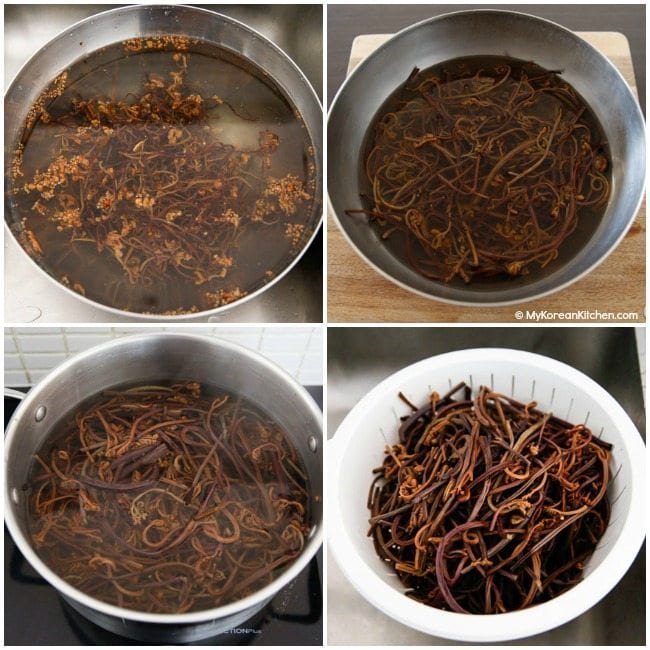 2. Comb through the fernbrake and cut any hard woody bits from the stem then discard them. (This is a bit of a fiddly and time consuming process but is totally worth it!) Line them up and cut into index finger lengths. Transfer them into a mixing bowl. Add the seasoning sauce and mix them well. 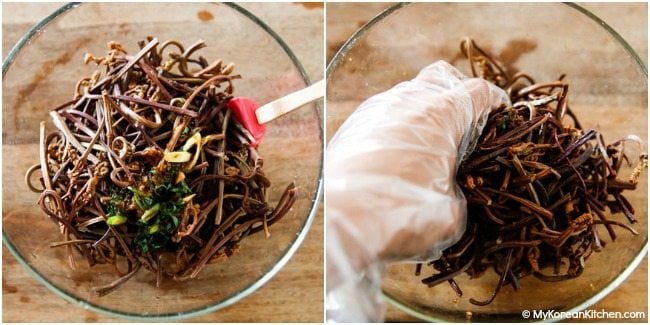 3. Heat up a skillet over medium high heat. Once heated, spread the cooking oil. Add the seasoned fernbrake and stir around for a few minutes. Add the water (3 Tbsp) and simmer it over low heat for a further 3 minutes. Garnish with the sesame seeds. Remove from the heat. Serve. It can be refrigerated in an air tight container for 3 to 4 days. 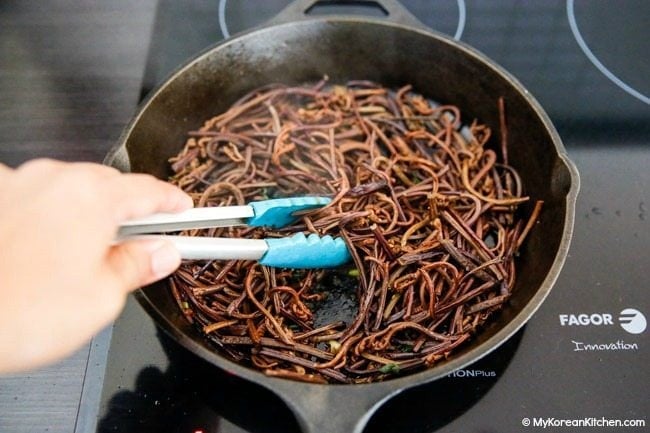 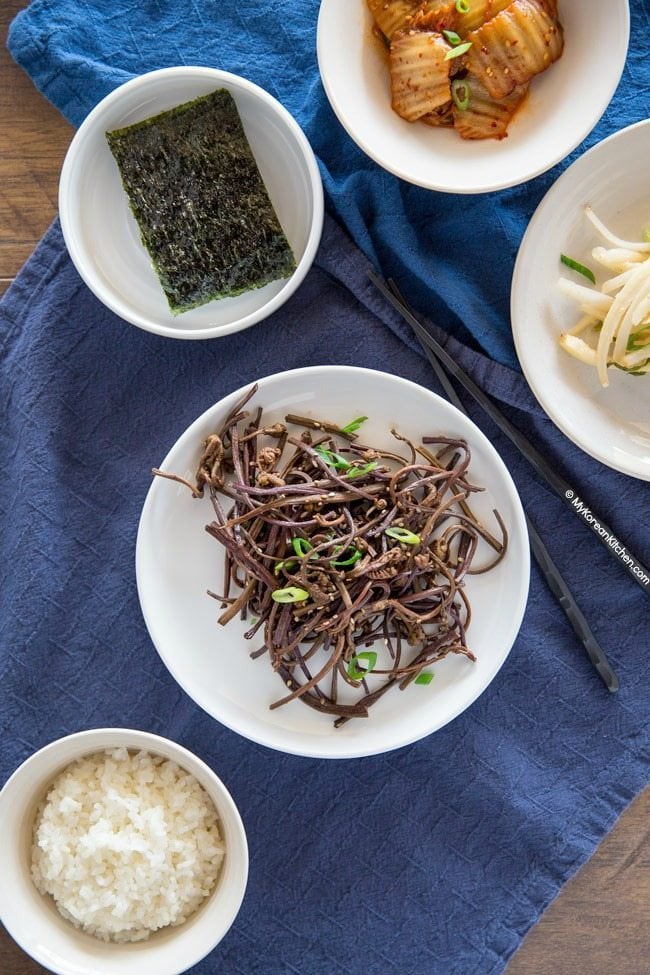