Reading: how to stir-fry noodles and soy sauce 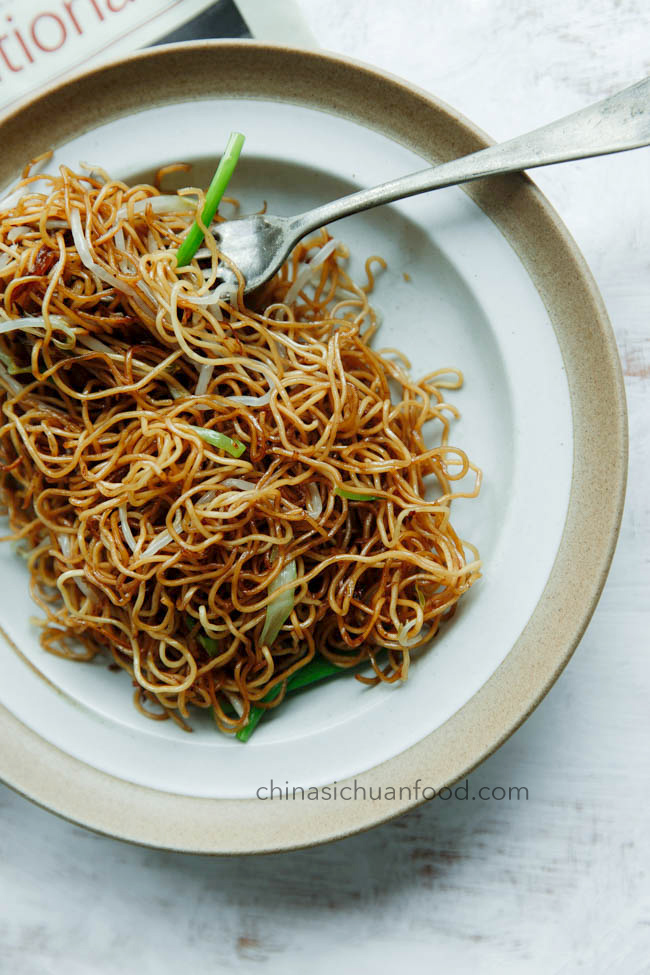 Well, this is one of my favorite Cantonese dishes in addition to shrimp dumpling, char Sui bao etc. In Chinese languages, this chow mein recipe is named as “豉油王炒麵”, which literally means pan-fried noodles with premium soy sauces. Usually Hong Kong style thin noodles are called as the main ingredient. And premium soy sauces are responsible for all flavors. If you love this kind of fried noodles, try beef chow fun, which rice noodles are called instead of egg noodles. 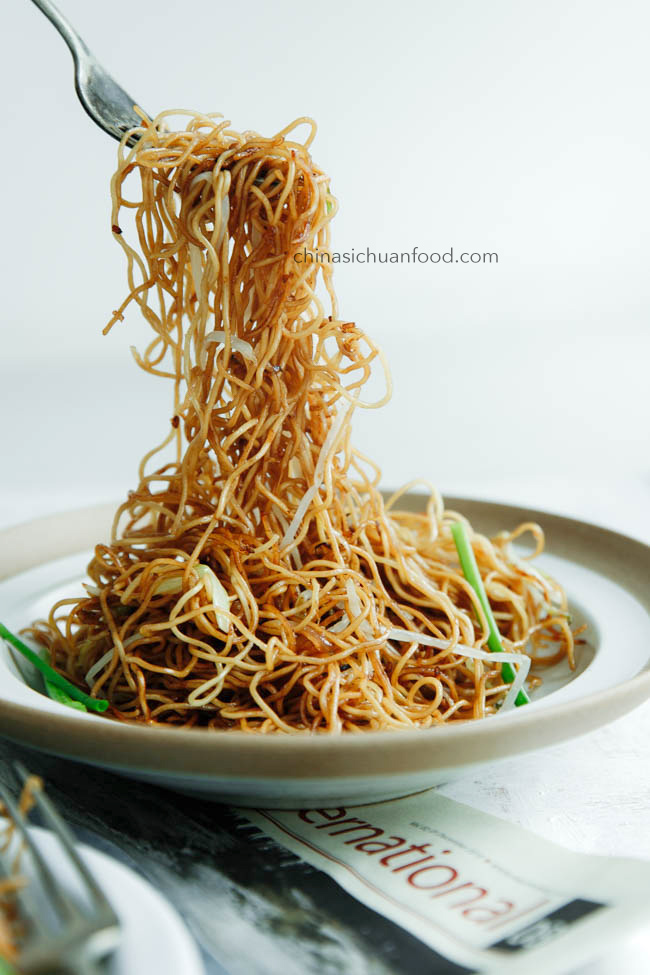 Choose the right type of noodles. For common Chinese chow mein, they are two large groups, the first one is egg noodles (commonly used in Northern China and work perfectly with sauces). And the second is Cantonese Chow Mein, which is much drier and thinner, working best with crisper chow mein. 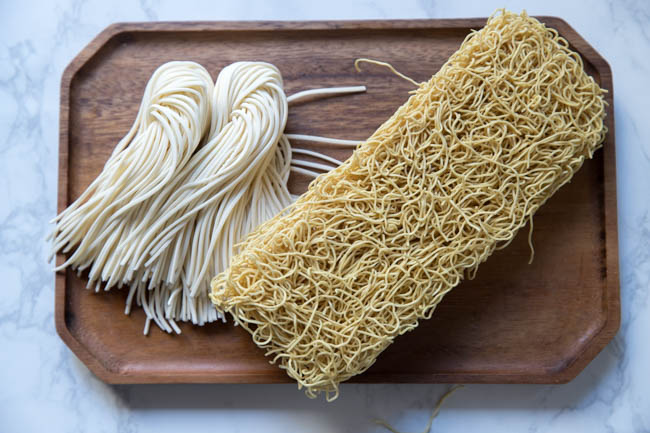 Cook the noodles shorter than the instruction listed on the bag. Depending on the size of the noodles you are using. If you using Cantonese style chow mein, cook the noodles for 1 minute and separate the noodle thread during boiling process. Or you can simple soak the noodles with hot boiling water for several minutes. 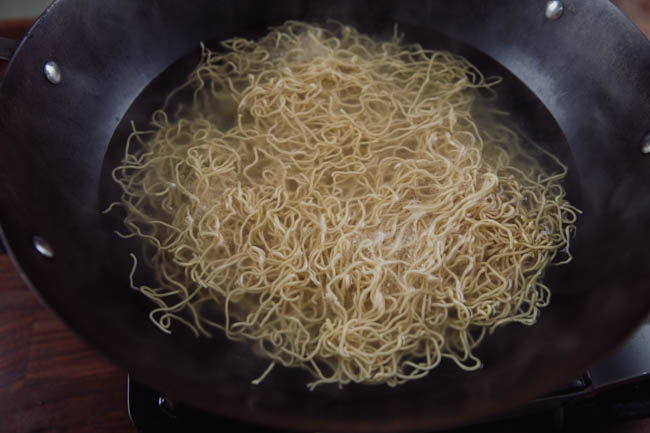 When cook the noodles in wok, use middle or middle to slow fire to avoid sticky. 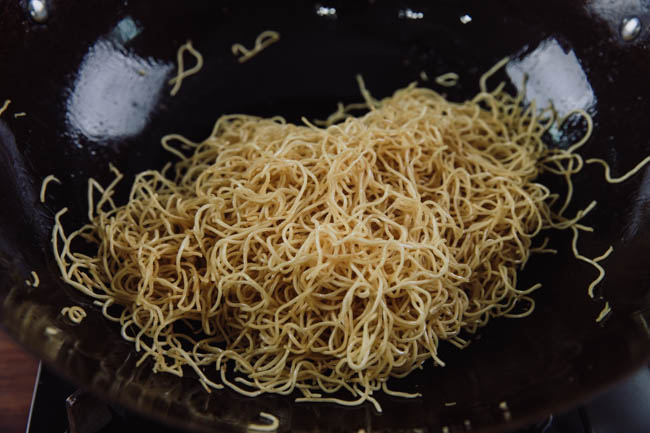 When frying the onions, use high fire so there is only aroma but no water released. But slow down the fire as long as the sauce is added to avoid sticking. 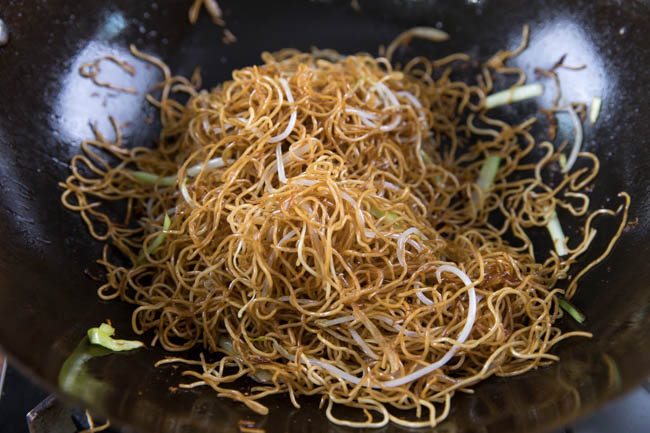 I highly recommend adding salt at the very last if necessary, since different brands of soy sauce present different salty level. More importantly, all of the ingredients need lower sodium flavoring to keep the original faint sweetness and aroma. So I did not mix salt in the stir fry sauce and found out the noodles taste just fine for me. If you pursue a slightly stronger flavor or your soy sauce is low sodium, sprinkle a very tiny pinch of salt.

This is a very basic version and we can make delicious soy sauce fried noodles with the minimum and common ingredients. This basic version is also vegan friendly. In addition, oyster sauce or fish sauce can be good seasonings and you can also add chicken, beef, or other protein as raw ingredients to rich the dish. 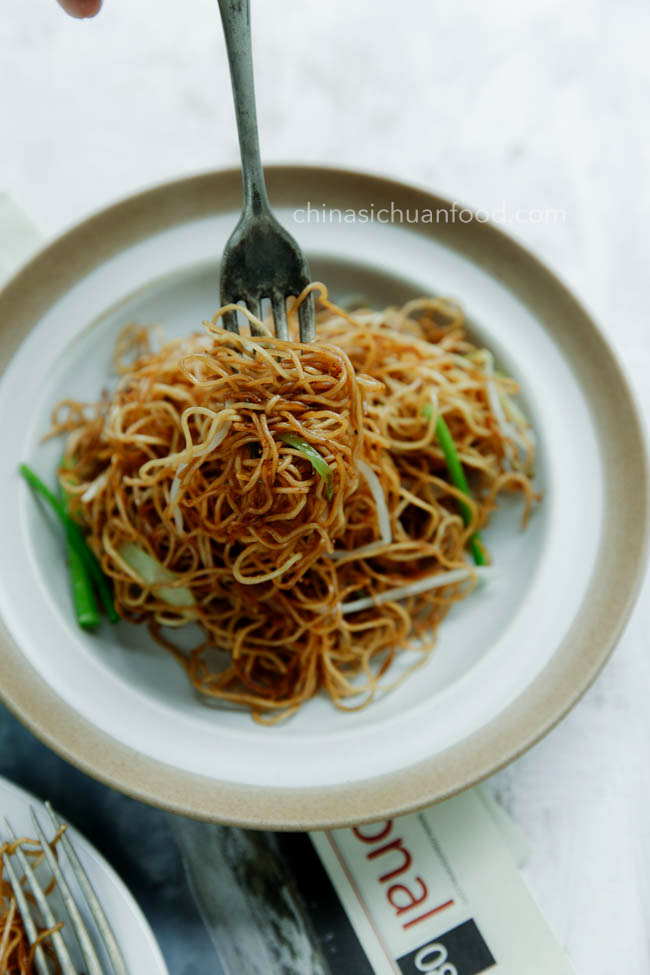