This quick and easy dessert recipe (or breakfast idea!) is made with just 4 simple ingredients. It doesn’t get any lazier than this thanks to Pillsbury biscuits. They are perfect for a lazy Sunday morning at home or even party treat. Kids love them!

You simply cut the dough into quarters, roll them into balls, drench the dough balls in butter and then roll them in the cinnamon sugar mixture. Now, line them up in a shallow pan and bake for about 20 minutes. Voila! The BEST easy homemade doughnut holes on the planet.

Donut tell me you donut want to devour these right now. 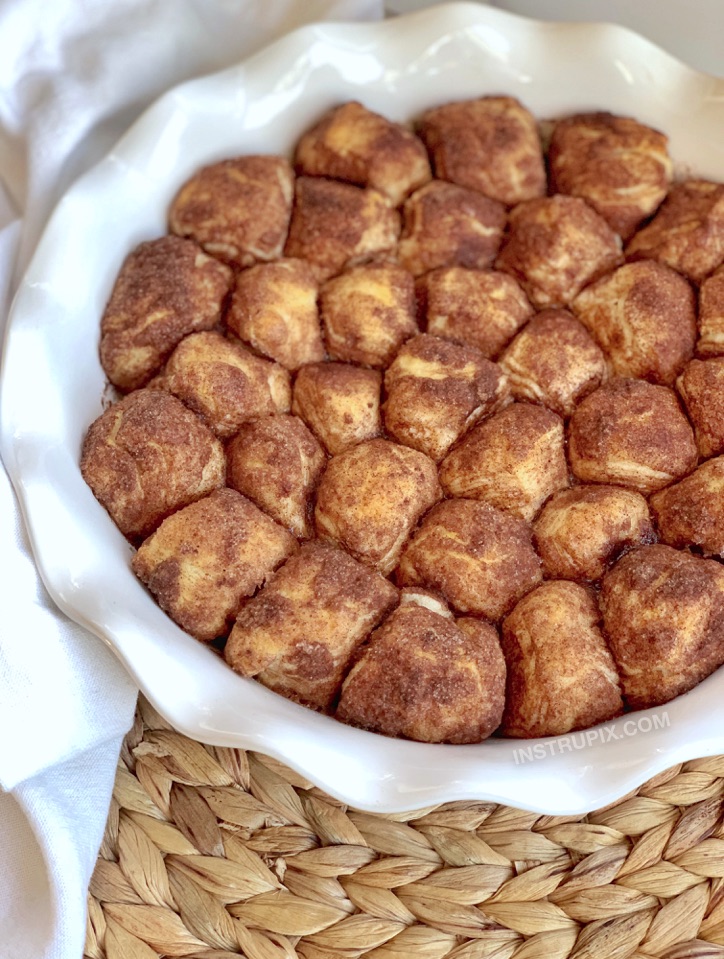 Read more: how to make a decadent chocolate spoon for dessert

Honestly, you probably don’t even need any instructions as these pictures pretty much explain it all, but I’m going to give them to you anyway. I don’t want you messing these up. 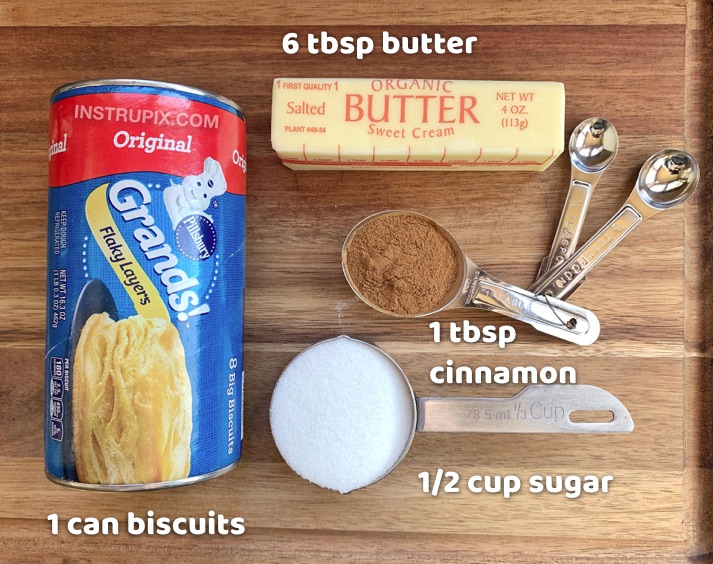 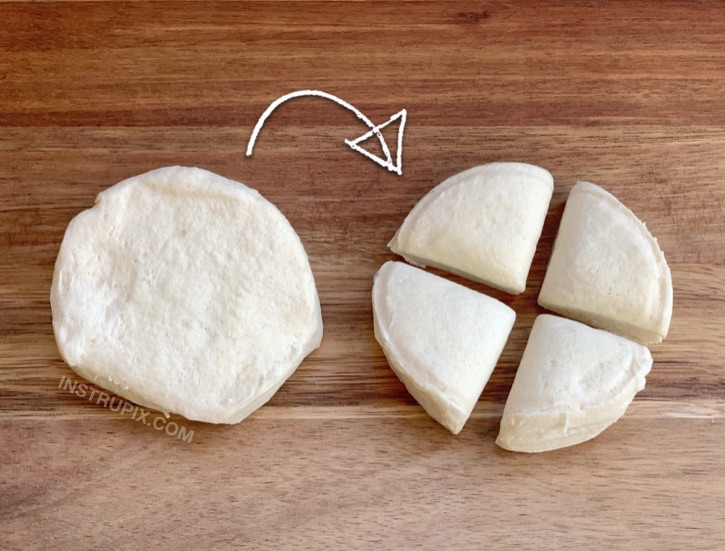 Here are the beautiful dough balls covered in sugar and cinnamon before baking. They just barely fit in this pie dish! I’d recommend using a slightly larger baking dish than what I used. Next time I’ll probably try a 9×9 pan. I preferred the slight crisp of the outer donut holes compared to the soft ones in the middle. 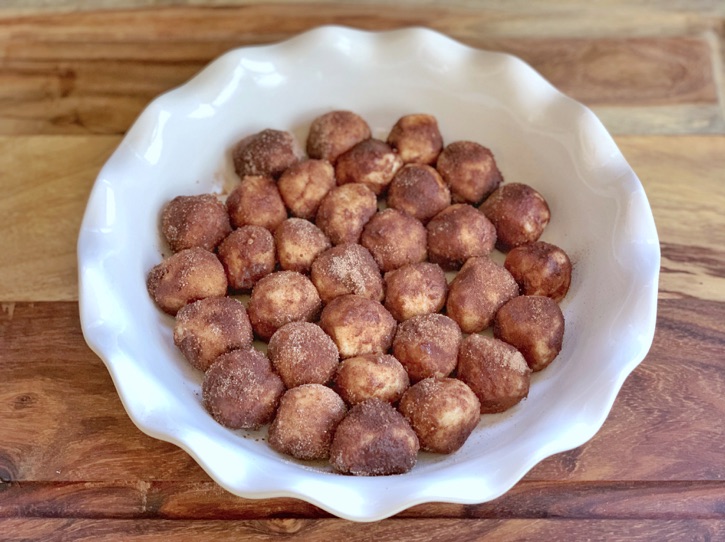 You could also melt a little cream cheese frosting in the microwave and then drizzle the donut holes with it after they get done baking. Whhaatt!?? Why did I just now think of that. 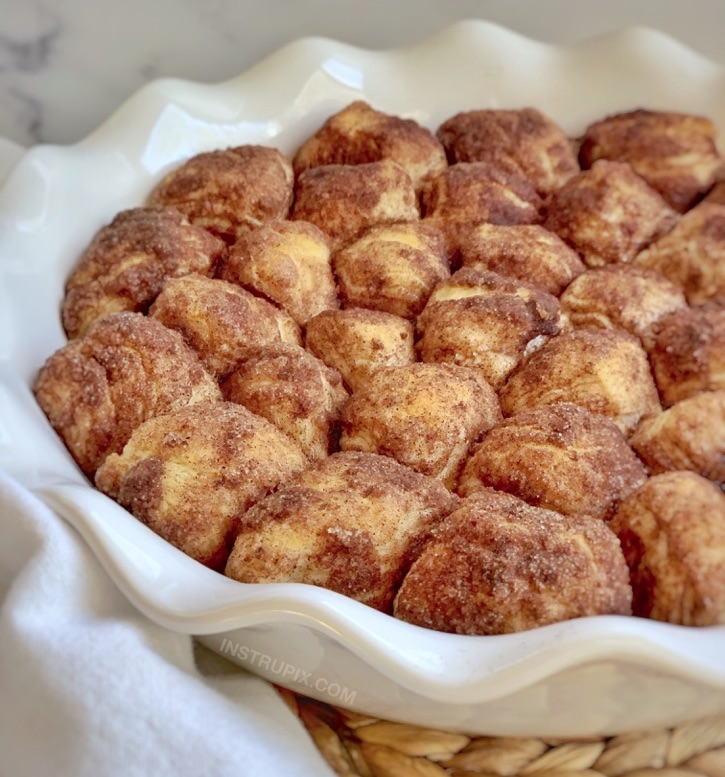 Don’t forget to pin and save for later! 🙂

Read more: what dessert can you make with melon