Soupy Spanish Lentils with Chorizo and Manchego Toast will have you not minding winter! Braised lentils with spicy chorizo sausage kicked up with red wine and Spanish spices and served with crusty bread with melted Manchego cheese is the ultimate winter comfort food! 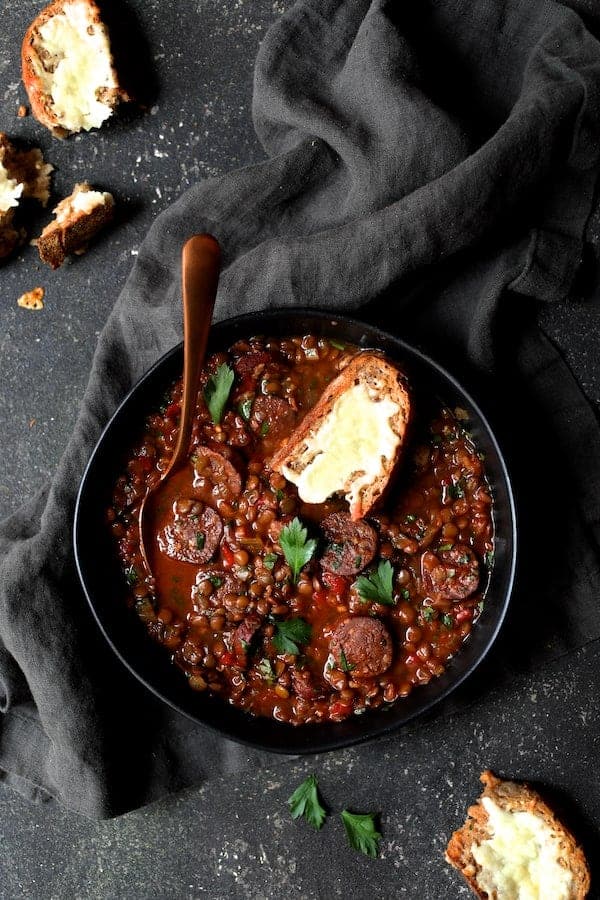 The inspiration behind this recipe:

Clearly, it’s looking like I’m into lentils lately! Actually, lentils and I go way back. Back to my vegetarian days. They are one of my all-time favorite foods and I always keep a supply of them in the pantry.

Lentils are an inexpensive source of protein and offer many other nutritional benefits such as fiber and iron. Besides the nutrition, they’re a culinary blank canvas and take to almost any cuisine such as Indian, French, Greek and of course, Spanish.

When I started to make this dish, I was craving something with lentils and chorizo. I didn’t want a stew nor did I want soup. Something in between was called for. I give you Soupy Spanish Lentils with Chorizo and Manchego Toast.

Tips for working with lentils:

It’s always a good idea to look over lentils before you cook them as they may contain tiny stones, twigs or other impurities. You don’t want to bite down on something like that!

Simply place a handful on a white paper plate and look them over. Then, use the paper plate as a funnel to pour the lentils into whatever dish you’re using them in.

The age of the lentils you’re using has a lot to do with how fast they cook. Lentils that have been sitting a while will need more time to cook. 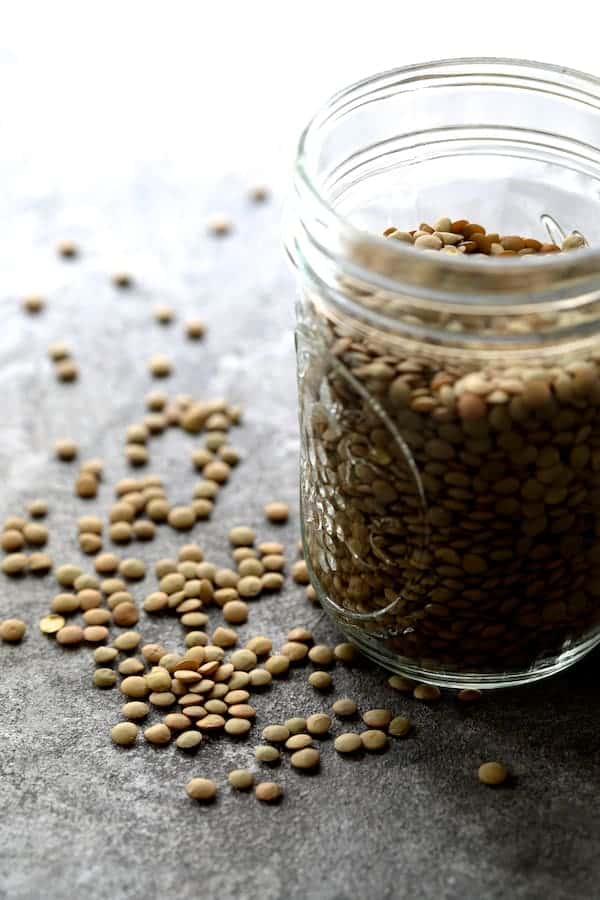 And then the Manchego, baby! You’ll generally find two types of Manchego-young and aged.

How to make Soupy Spanish Lentils with Chorizo and Manchego Toast: 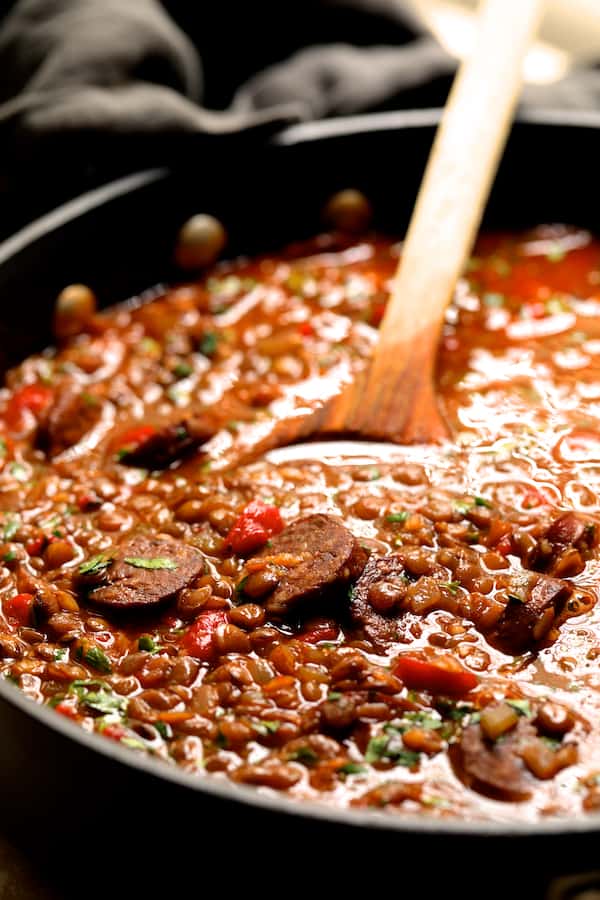 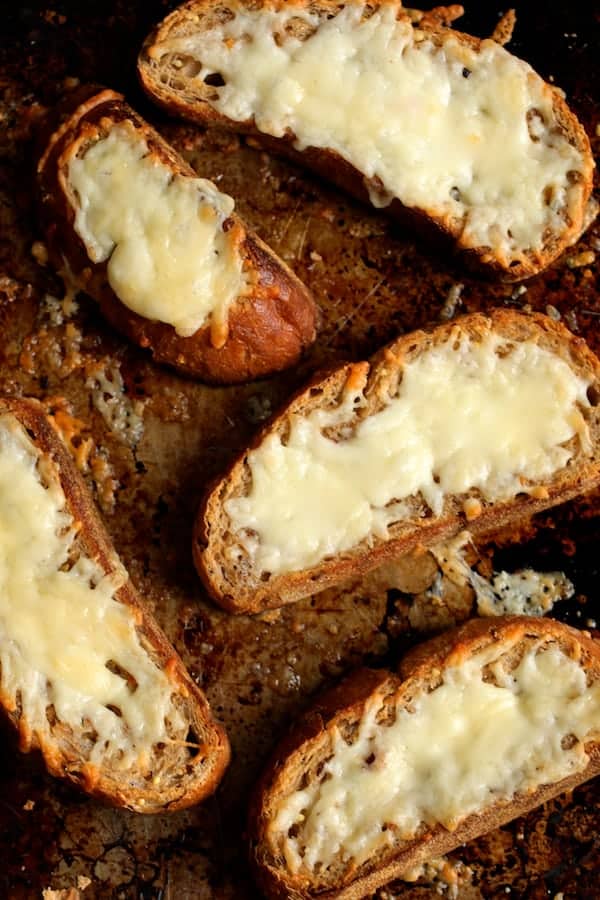 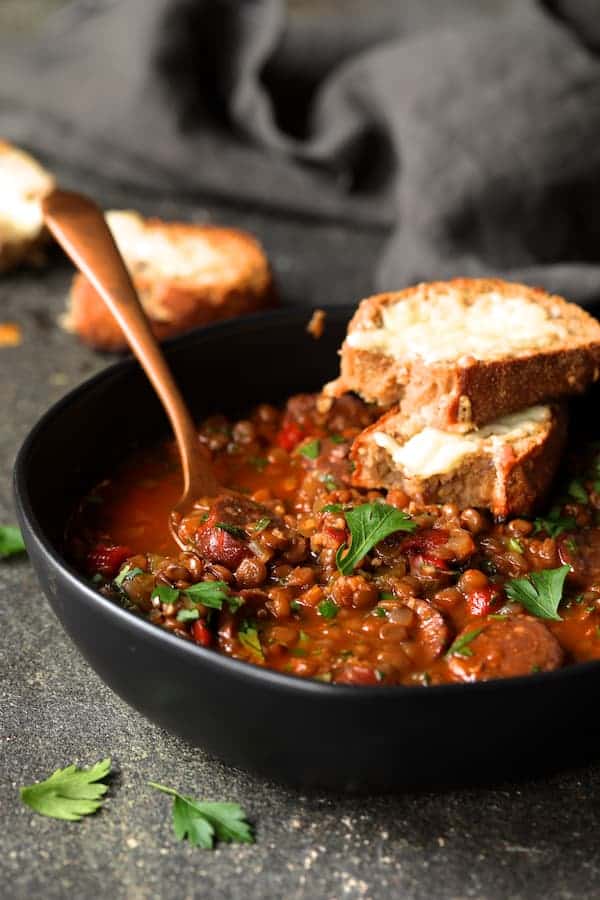 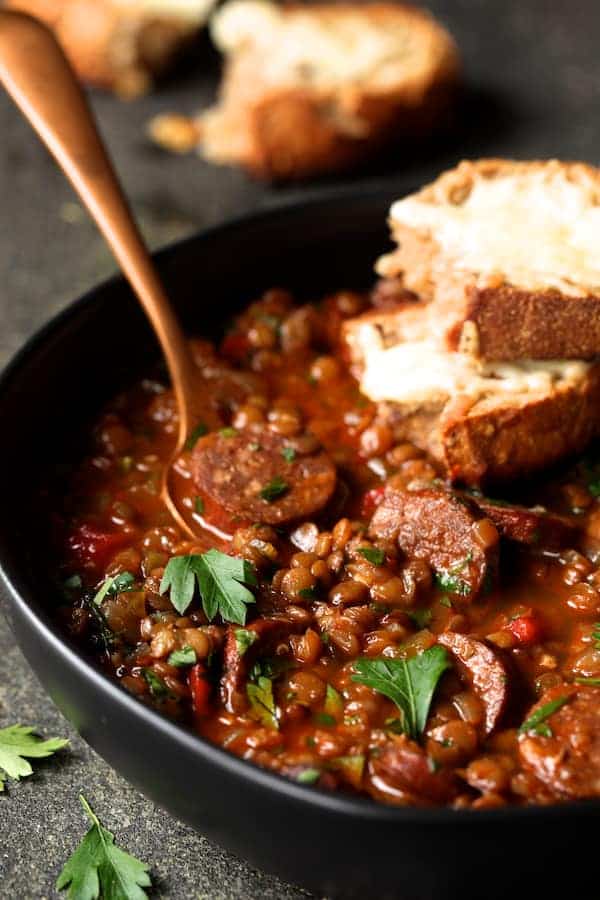 Want more great lentil recipes? Be sure to check out: