The Best Crockpot Ham, Ever. – The Novice Chef

Don’t waste oven space — make a Crockpot Ham for the holidays instead! Loaded with flavor from an easy brown sugar and pineapple glaze, it’s ready to go anytime your guests arrive! 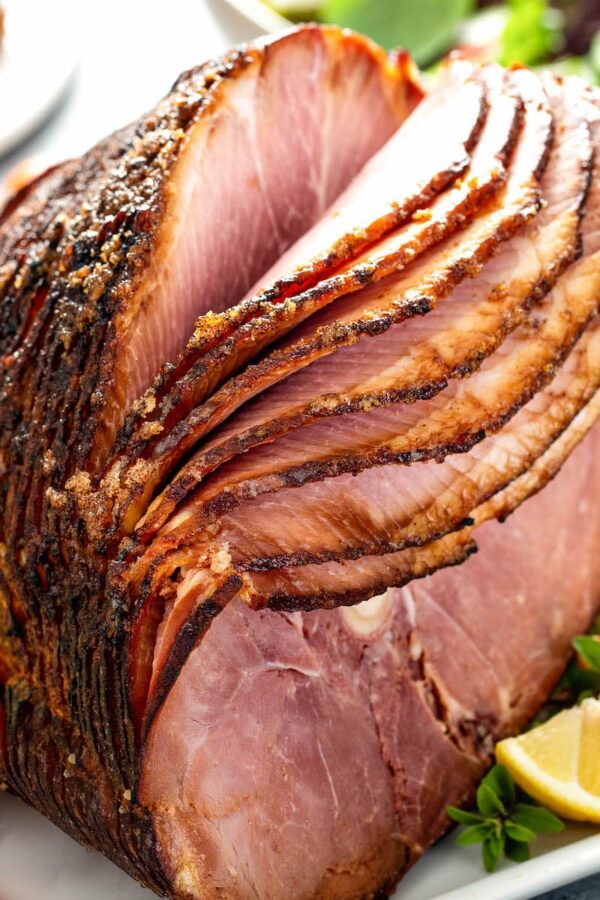 Making a spiral ham in the crockpot is one of the easiest ways to make a ham! I was a little hesitant at first, but after discovering a trick to still get those crispy brown sugar edges I love from an oven baked version, I was all in!

Making this Crockpot Ham recipe is a big space saver in your oven on the holidays. If you have a large ham cooking low and slow in the oven, where do you cook all of your casseroles and side dishes? That’s exactly where the crockpot comes in. Make a quick and easy glaze with brown sugar, butter and pineapple juice and coat your spiral ham with it. From there, you let the crockpot do the rest of the work for you!

This easy recipe is now the only way I like to make a spiral ham. Read below for all my tips and tricks on what to do if the lid to your crockpot doesn’t fit, with the ham inside, and how to get those perfect brown sugar edges! 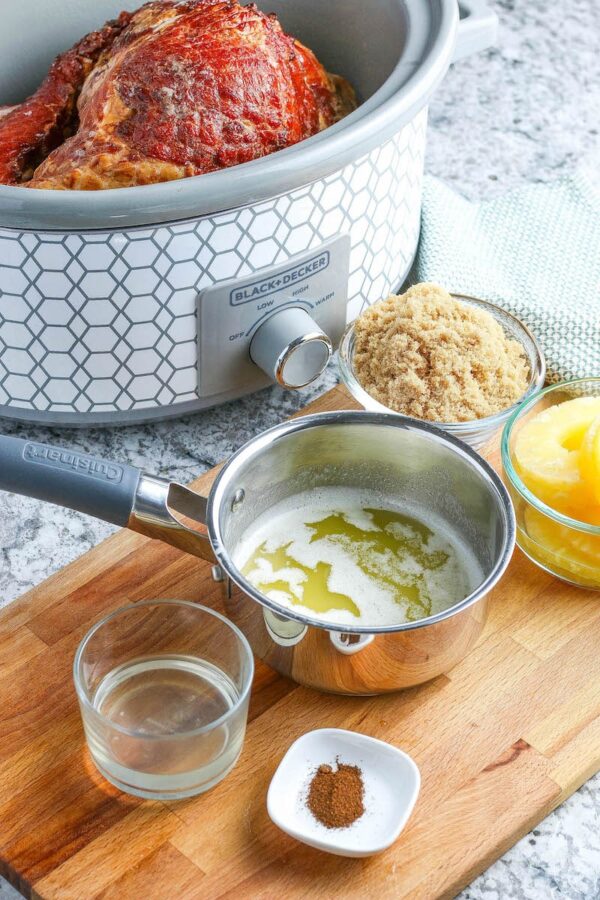 You only need a few ingredients for this crockpot ham recipe. First and foremost, you will need an 8 to 10 pound spiral ham. You will need the following ingredients to make the glaze:

If you are not a fan of pineapple, you will want to find a substitute that will still help with the flavor and to tenderize the ham. If you need, I recommend trying apple cider vinegar or orange juice in place of the pineapple juice/rings in this recipe.

What if my ham doesn’t fit in my crockpot?

You will need to use a large oval crockpot for a large ham to be able to fit. I was able to fit a 9 lb spiral ham in my crockpot with no issues.

However, if your ham happens to be too tall, you can use foil in place of your crockpot lid. Just tent the foil over the ham and seal it around the edges of the slow cooker. 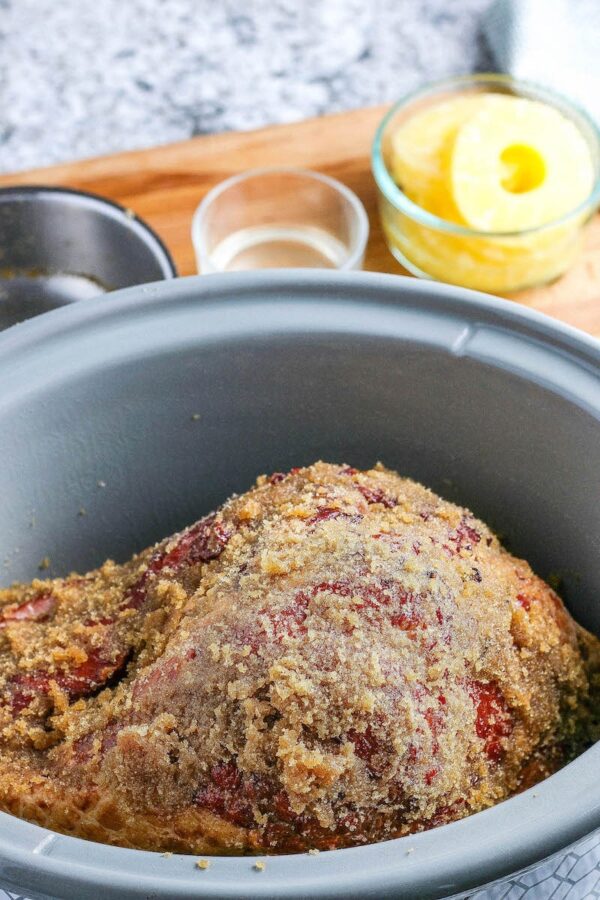 How to cook a spiral ham in crockpot

How to get still get those crispy brown sugar edges?

Worried you will miss those delicious brown sugar edges of the ham? I won’t lie, I worried the same thing too when I pulled my crockpot ham out of the pot for the first time.

Then I had a brilliant idea! Right before serving, add a little more brown sugar and pop it under the broiler for a minute or two. Guess what? It was perfect! So below are my steps to crisp up the edges and give you that freshly baked ham feel, without all that time in the oven. 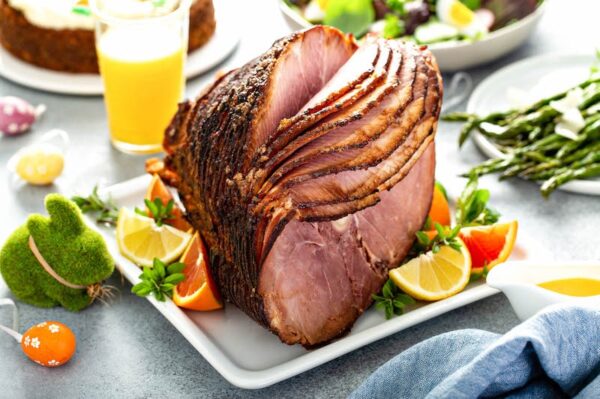 Store in an airtight container for up to a week in the refrigerator. Reheat in the microwave!

You can also freeze any leftover ham for use in recipes later. If you are looking for ways to use up leftover ham, below are my favorite recipes using ham or ham bones! 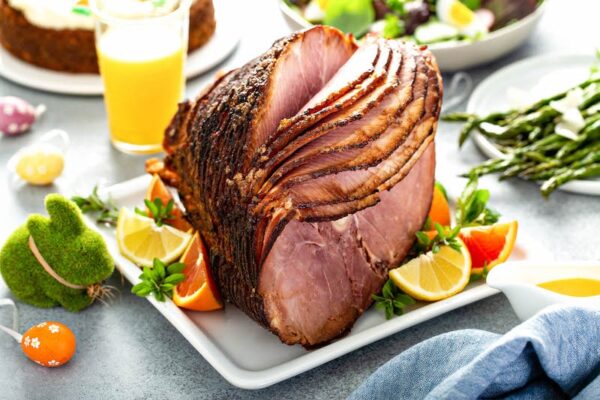 I know you are going to enjoy this Crockpot Ham recipe just as much as we do. It’s so incredibly easy to put together and makes hosting a family holiday dinner just a little bit easier.

Please leave a review or comment below letting me know how this recipe turns out for you!