What Is the Difference Between Ribeye and Prime Rib? 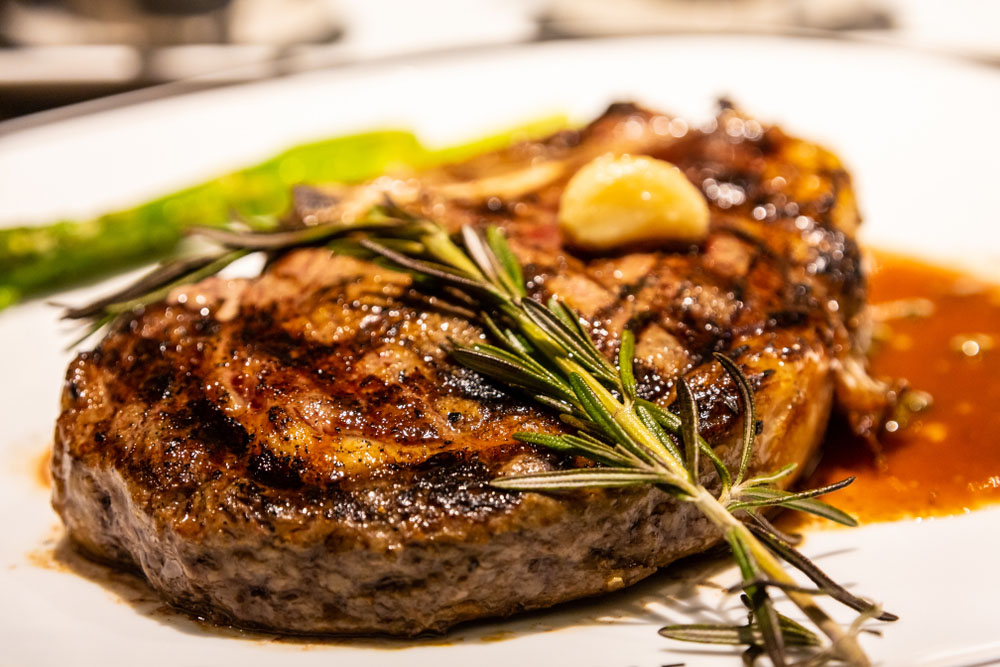 Ribeye and prime rib may sound somewhat similar, but they are two very different types of meat. The only thing that these two pieces of meat have in common is that they come from an area close to the animal’s ribs.

Prime rib and ribeye look, feel, and taste very different. There are also significant differences in how the two meats should be cooked and served.

If you’ve ever been curious about the differences between ribeye and prime rib, then this article will shed some light on those differences. Keep reading to learn more.

Prior to talking about the similarities and differences between the two cuts of meat, let’s first talk about what they are.

What Is a Ribeye and Where Does the Ribeye Come From?

Some people refer to a ribeye as a ribeye, while others refer to it as a rib steak. While it may have several different names, it is the same exact cut of beef. The cut comes from the animal’s rib area, more specifically the rib roast, which does include the rib bone. In order to become a ribeye steak, though, prior to cooking, the bone is to be removed.

So, what exactly is a ribeye? It is a cut of beef steak from the rib roast, with the bone remove.

What Is Prime Rib? Where Does the Prime Rib Come From?

So, what exactly is the prime rib? These steaks are larger cuts of beef than the ribeye since they consist of the steak as well as the bone, in most cases.

Are Ribeye and Prime Rib the Same?

Both of these cuts of beef come from the cow’s rib. However, the prime rib is typically a larger cut that includes a large bone, while the ribeye is a smaller piece of steak that has a small bone or is completely boneless.

As is implied by the name, proper prime rib comes from only the best part of the animal’s rib, which is generally the middle—between the rib bones seven and 11. This area of the rib has a very thick cap of greatly marbled meat that’s flavorful and rich. As soon as a prime rib has been cut, the meat can be sliced into ribeyes, smaller pieces of meat.

The ribeye, different from the prime rib, is not a big hunk of meat, rather it is just a steak. It’s a cut of beef steak that comes from the cylindrical muscle close to the animal’s rib. In some instances, the ribeye may be cut from an area of the rib that is considered less prime, and it lacks the muscle and fat that a prime rib has.

The primary difference between these two cuts of meat is that a prime rib contains a ribeye, while a ribeye steak doesn’t have the surrounding mean that creates the prime rib.

Most of the texture differences are a result of different methods of cooking that are used for the two beef cuts. Later, we will talk about the cooking differences, but for now, we will take a look at the textural differences between the ribeye and prime rib.

Prime ribs consist of large sections of ribeyes, with bones, as well as surrounding pieces of fat and muscle. This fat often provides a softer texture, and since the bone is still in, prime ribs are often more moist than ribeyes.

When a ribeye is cut from the less prime part of the rib than the prime rib roast, it is often tougher. This occurs due to the ribeye being cut from a section of the animal that was more frequently exercised.

Both prime ribs and ribeyes have very pronounced beefy flavors because of their locations along the animal’s rib. However, the prime rib is often a bit more flavorful than the ribeye since it contains more fat and the bone. The fat tends to be finely marbled throughout the fib cap, which provides the prime rib a buttery flavor.

The rib eye tends to be milder than the prime rib, though it is possible to be more flavorful when it is properly cooked. This steak cut can have less flavor than a shank, but more than a tenderloin.

Cost and Availability of the Ribeye vs. Prime Rib

If you have intentions on cooking the meat yourself, you may find it a bit difficult to get prime rib. Most grocery stores only have precut ribeyes on-hand as opposed to large prime ribs. Buyers tend to need to go to butcher shops or specialty stores to get a decent prime rib.

It is a bit easier to go to a steakhouse restaurant to get a prime rib. Most beef-focused restaurants will have prime rib roast options on their menu. Prime ribs in restaurants are often cheaper than ribeyes because they are easier for dining establishments to prepare larger cuts of meat rather than preparing individual portions of meat.

There are various differences in ribeyes and prime ribs due to the cooking times and methods of cooking.

Ribeyes are great for pan searing or grilling. They are good for higher heat cooking methods that are able to place a decent sear on the outside of the beef. Ribeyes are often a bit thicker than other kinds of steak, so they need a lower temperature in the oven or sous vide so that the inside can reach the ideal temperature.

The preferred method of cooking for prime rib roasts is a slow oven bake. The bones of the roast tend to be curved to create a natural roasting rack, which is why most people enjoy placing prime ribs with the bone side down in a pan to roast until they’re done.

The primary difference between the prime rib and ribeye is that one is a roast that consists of more fat and muscle, whereas the other is a steak that is comprised of a small section of the roast. Essentially, the prime rib is a large roast cut that includes the ribeye, and the ribeye is a steak that is cut directly from the roast with the bone removed.

Previous ArticleHow to Break Down a Ribeye Roast – The Lemon Bowl®
Next Article How To Cut Beef Into Steaks? – VeryMeaty